At two o’clock on the morning of Tuesday 14th July 1903 a long black-painted train steamed into the Burrows Sidings at Swansea’s East Dock Station. Already a thousand people had gathered in the darkness to witness the arrival. The train stood silent on the tracks. Another train arrived, and at half-past three the third and final long load of vans arrived. Still there was no sign of life. The crowd had grown to two thousand. All of St Thomas was awake.
At four o’clock, to mounting excitement, a solitary cowboy emerged from the first train. He slowly surveyed the crowd in the early morning summer light.  The cowboy raised his arm, held it high for a moment, and as it fell there was a mighty crash as every door on the trains flew open.
Buffalo Bill’s Wild West Show had come to town!
A Red Indian Chief in full finery led the way as a horde of cowboys, Red Indians, Rough Riders, sharp shooters, mustangs, broncos, wagons, the famous Deadwood Stage, gauchos, cavalrymen and even Cossacks and Desert Arabs poured out of the train and across the New Cut Bridge to Swansea’s Victoria Park. Within hours they had erected a tent with covered seating for 20,000 spectators, stabling for 600 horses, a tepee village, and were serving sizzling steaks to hungry cowboys in an 800-seat mess tent. The doors of the arena opened at one o’clock that afternoon. At two o’clock prompt Buffalo Bill himself in buckskins and Stetson rode into the arena on a white stallion and the Wild West Show burst on Swansea. 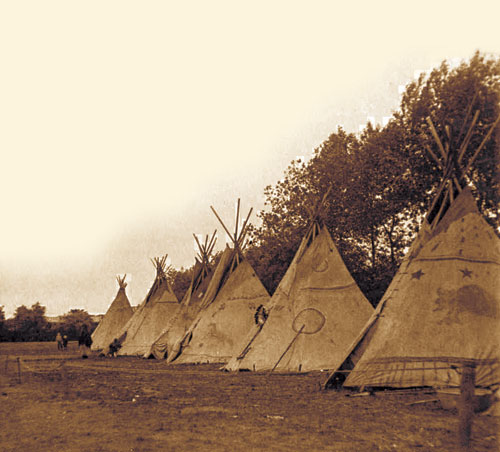 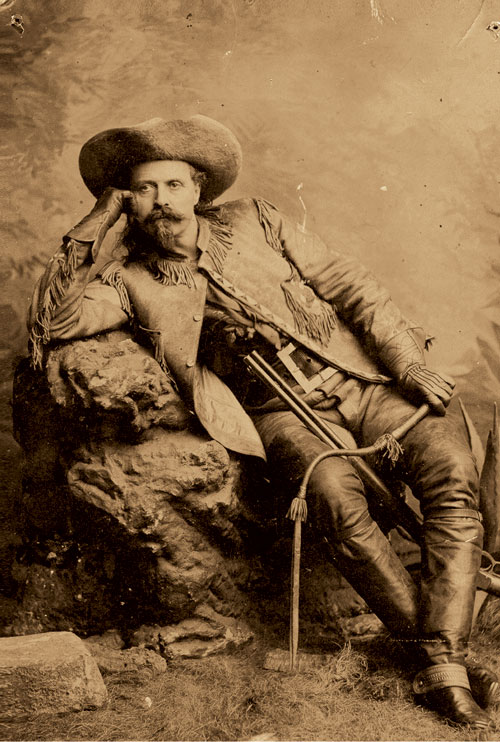 All the ladies who visited the Wild West Show on Tuesday are in love with Col. Cody. “A fine, handsome man,” they say he is.
Swansea’s takings on Tuesday exceeded the previous record in this country, viz. at Manchester on Easter Monday.
Over 50,000 people, nearly half of Swansea’s population, packed out the four shows over two days. Swansea has received many accolades over the years, but surely none compares with that from Colonel William F. “Buffalo Bill” Cody.
Col. Cody is delighted with his Swansea visit. “Swansea takes the blue riband,” he declared, on Tuesday night.
Swansea – Buffalo Bill’s Blue Riband Wild West Town!
This article could not have been written without generous help from the United States. Steve Frieson, Director of the Buffalo Bill Museum and Grave in Golden, Colorado, kindly gave permission to use photographs from the museum’s archives. Montie Montana Jr., scion of four generations of rodeo performers, continues the tradition by touring “Buffalo Bill’s Wild West” around the world. There is a warm welcome waiting for him in Swansea!
We will run more articles from the history of Swansea and we welcome the memories of our readers. We would be particularly interested to hear from anyone who attended the great travelling air shows that visited Parc le Breos and Vennaway Lane in 1933 and 1935, and especially anyone who had their first flight in an aircraft flown by Sir Alan Cobham or one of the other daring aviators. Drop me a line via the editor, or email John@GlobeSpinner.net. Now I am off for a nice relaxing walk after all the excitement of the Wild West!
John Ashley
All Articles