“I love Paris in the Spring time.” So goes the Cole Porter song and I have to agree! We recently spent a couple of days taking in the sights of France’s capital city and enjoyed the whole tourist experience. 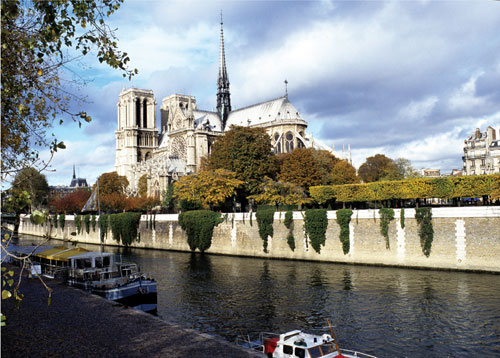 Our break started with a relaxing train journey from St Pancras, London to Gare du Nord, Paris, a journey lasting just over two hours. It really is a fantastic way to travel – no extended waiting times at the airport or having to travel all the way into Paris having landed – the Eurostar takes you right into the centre of the capital. 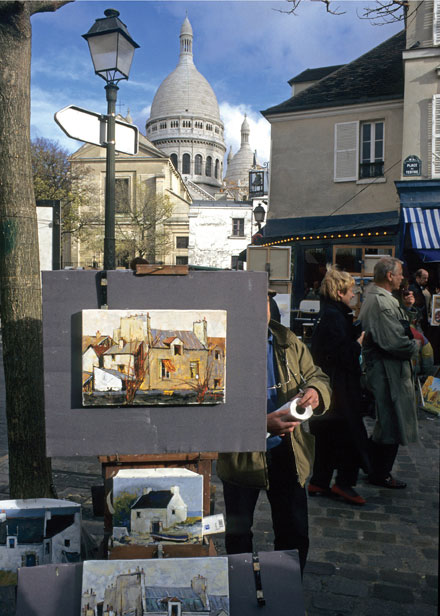 We stayed in a hotel within walking distance of the Gare du Nord, so after dropping off our luggage we set off for the Sacre Coeur. The basilica was built in a fervour of religious penitence after the Franco-Prussian war and sits at the top of Monmartre – a sugary confection of a building that glistens in the sunlight and attracts thousands of visitors each day. The climb up is not for the faint hearted –there is an easier way – the funicular – but be warned – unless you have the correct change the hatchet faced madam will say ‘non’ without making eye contact! The view from the Sacre Coeur is quite stunning — well worth the effort. After all that exercise we deserved a glass of something revitalising, so a visit to one of the many bars back at the bottom of the hill was called for before heading into the heart of Monmartre and its busy back streets. The Place du Terte is a busy square where you’ll find many artists exhibiting their works – proving that not all French artists follow in the artistic tradition of Renoir or Toulouse Lautrec!
Who could visit Paris without going shopping? One of the most amazing stores is the Galeries Lafayette on Boulevard Haussmann. This department store is absolutely huge with nine floors and six annexes, with a central art nouveau area that extends upwards over four floors topped with a stained glass cupola. Wrought iron gilded banisters wind their way around each floor but the higher you climb the more you notice the shabby plasterwork!
You could be fooled into thinking that the streets of Paris are paved with gold rings! No less than three times in the space of ten minutes someone swooped in front of us while we walked up Boulevard Haussmann and picked up a man’s gold wedding ring. Each time they presented the ring to us with a flourish and asked if we had lost it. Sensing that this was a scam we made a hasty exit. If you search the internet for the gold ring scam it is explained in detail. You have been warned! 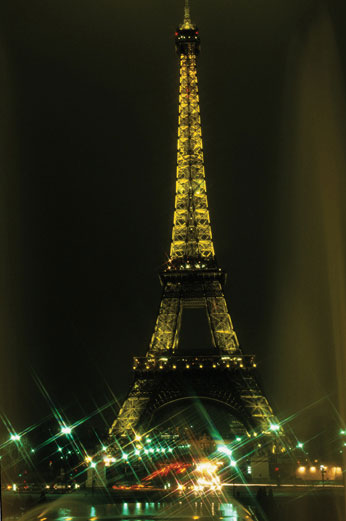 An excellent way to see Paris in on an open top bus tour of which there are many. Once you’ve bought your ticket – we paid 24 Euros each – you can hop on and off all day taking in as many of the sights as you choose. Our ticket was valid for two days which allowed us to visit all the main attractions. Taking a boat on the Seine is another favourite. The Bateaux-Mouches is probably one of the most famous boat excursions in Paris and can be picked up close to the Eiffel Tower at Pont de l’Alma. And of course no trip to Paris is complete without a trip up the Eiffel Tower – this can be booked in advance which is advisable at peak times as the queues can be very long.
Our trip was fleeting but great fun – we had a fab meal one night and a dreadful one another – cafes were expensive but you can’t soak up the atmosphere without sitting down and watching the world go by. The pound may be very weak against the Euro but there are great deals out there on Eurostar packages that make it very doable. We enjoyed ourselves so much we are doing it again later in the year! Bonne Chance!
All Articles