This month Liam Bird encountered the Mini Countryman and discovered that it is anything but mini. 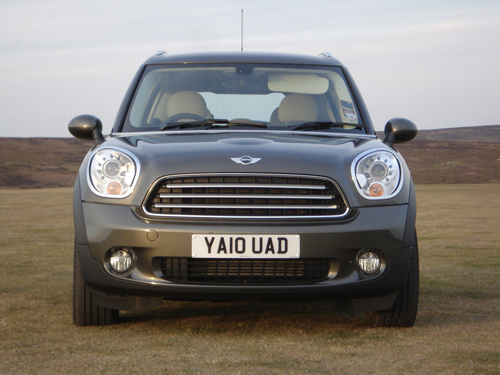 When Alec Issigonis sketched his idea for a economical small four seater car with a wheel in each corner, seating for four, and a transversally mounted engine driving the front wheels, on a table cloth in the early 1950’s it’s unlikely that he could have  predicted just how influential his mid-dinner doodle was to become. Trying to come up with a solution to steal sales from European bubble car manufacturers, Issigonis had just drawn what was to become the blueprint for nearly all future small cars: Issigonis had designed the Mini.
Step forward more than half a century and BMW – makers of the Isetta – and one of the European manufacturers Alec was trying to beat- now make the Mini including both the Clubman and Cooper. All BMW Minis owe their names to versions of the original Issigonis designed BMC car, including this one, the new Mini Countryman.
Park a Countryman next to a regular Mini and it towers over it like a school bully. Even though all the design cues are still present, large headlamps, slatted grille, bulbous bonnet and rump, everything is bigger. The Countryman is wider, taller, higher and longer, taking the brand into the increasingly popular cross-over market. It’s a Mini for people who’ve outgrown their Mini and need more space. A Mini that now has a back seat that can actually accommodate up to three (as long as they’re slim) passengers in comfort. It’s a Mini with a boot that can carry more than a just sports-bag. And for the first time ever, it’s a Mini with four doors.
The All4 badges on our test car indicate that this one comes with optional 4 wheel drive too. The system is active when you pull away after starting the car, before reverting to front-wheel drive once you’re moving. However, should you loose any grip, the 4 wheel drive will reactivate and vary the power split front to rear as required. As a driver you neither have to do, or will feel, a thing. Make no mistakes though: despite its extra traction the Countryman is more of a soft -roader, than an off -roader.
Despite its extra height and girth, the Countryman still offers the familiar Mini driving experience. The steering is light and precise, the ride is firm yet compliant and as usual there’s plenty of grip. But best of all, you now sit higher in a near perfect driving position in very comfy seats. The 1.6litre diesel engine gives admirable performance whilst remaining frugal and CO2 emissions are kept down to 115g/km, meaning the tax disc for the first year is free.
There’s more familiarity inside too. The dashboard, as in the original Mini is dominated by the dinner-plate sized central speedo that in our car also housed the optional sat-nav system. So big is it in fact that the lesser toggle switches for the electric windows are pushed downwards and are to be found hiding behind the six speed gearshift. However upon reaching them you’ll find that, like everything else in this un-ashamedly retro interior, they feel like they’ve been built to last.
On first encounter some will argue that the Countryman is a step too far for Mini and only serves to stretch the brand too thinly. When Alec Issigonis’s unusual new car hit the streets in 1959 people were sceptical too. 52 years later however, we’re still talking about it.
Many thanks to Mini’s UK Press Office for the loan of the Countryman. 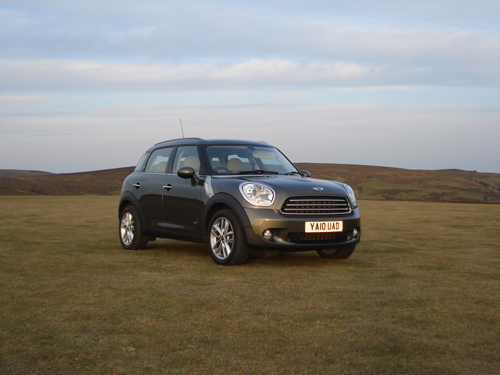