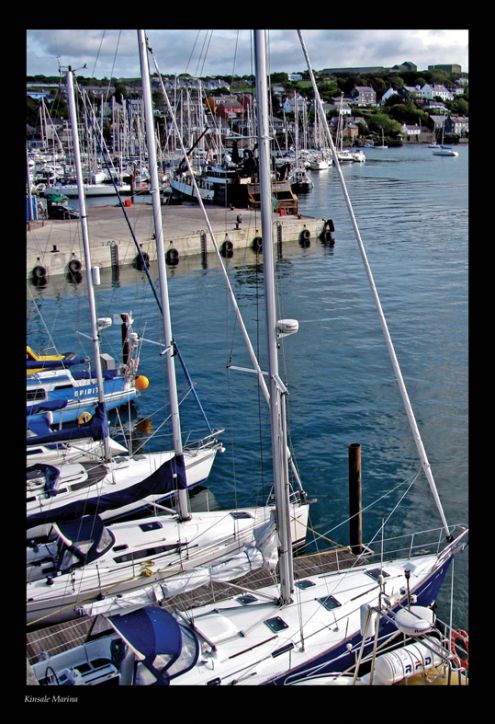 Kinsale is a waterfront town on the lower reaches of the Bandon River in West Cork. In 1992 it was twinned with Mumbles. They have much in common as both share seafaring histories and traditions. Kinsale is only a 30 minute journey from the port in Ringaskiddy if you arrive on the Swansea to Cork ferry.

Yacht club
The scenic harbour is a safe port for visiting craft which attracts travellers from across the world and lies just 120 nautical miles from Wales. Along the waterfront is Kinsale Yacht Club with its 400 berth marina and river moorings. Because of the location, tides, prevailing winds and the Gulf Stream, it boasts some of the best rough and smooth water racing venues anywhere in the world.

There is also a choice of other water pursuits including wind surfing, diving and deep sea angling which, in summer, can be an exciting sport as anglers fish for Blue Shark.

A   bit of history
Kinsale has an eventful past. One of the most important battles in Irish history took place here in 1602. The Spanish Army came to assist the Irish forces in their fight against the English but were defeated and Kinsale came under English rule. This marked the decline of the Gaelic order and led to a number of Irish Chieftains fleeing to the Continent.

Defences
Because of its location and the easy accessibility for craft to sail into the old walled town it became the first port of call for shipping from America and the continent. The waterway needed defences and two of the castles which guarded it remain today.  Construction on James Fort began in 1602 and was completed by 1607. It holds a commanding position directly across the harbour mouth from Charles Fort which was built in 1678.

Shopping
Wandering alone around the maze of winding streets brings its own pleasure. Sweet scented window boxes grace the brightly painted cottages and shop fronts. There are bookshops, milliners, craft shops, local linens and wool for sale as well as galleries displaying work by regional artists and photographers. And if you are still looking for a gift to take home with you that could include a purchase from Kinsale Crystal where you have an opportunity to enter the workshop and watch the crystal being carved.

Eating out
For a relatively small town which, claims to be the oldest town in Ireland, Kinsale is unique in the quality of its restaurants. Kinsale boasts the title of gourmet capital of Ireland.

Kinsale Gourmet Food Festival held annually on the second weekend of October takes place this year between the 7-9, it is one of the oldest food festivals in Ireland.

With so many restaurants to sample, bars to relax in and listen to local musicians, water sports to pursue and breathtaking scenery to enjoy, this medieval fishing port has a lot to offer any visitor.

All that jazz
If jazz is your thing then late October is the time to visit Kinsale when the Jazz Festival will be in full swing.
‘Jazz ‘ Weekend 2011, 28-31 October. This began as a spin-off from the Cork Jazz Festival and is now a huge success with jazz played in every bar and hotel in town -and all sessions are free.  For further information contact www.tridenthotel.com

There is never a wrong time to plan a visit to Kinsale –  this charming town with its Irish hospitality will ensure your stay is a memorable one. 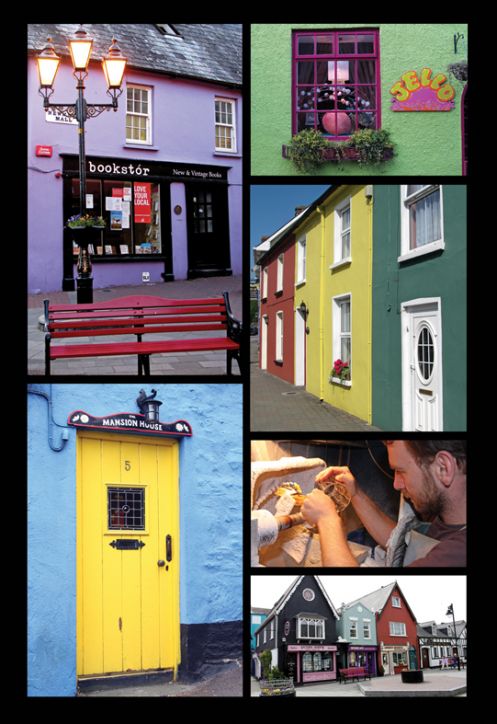