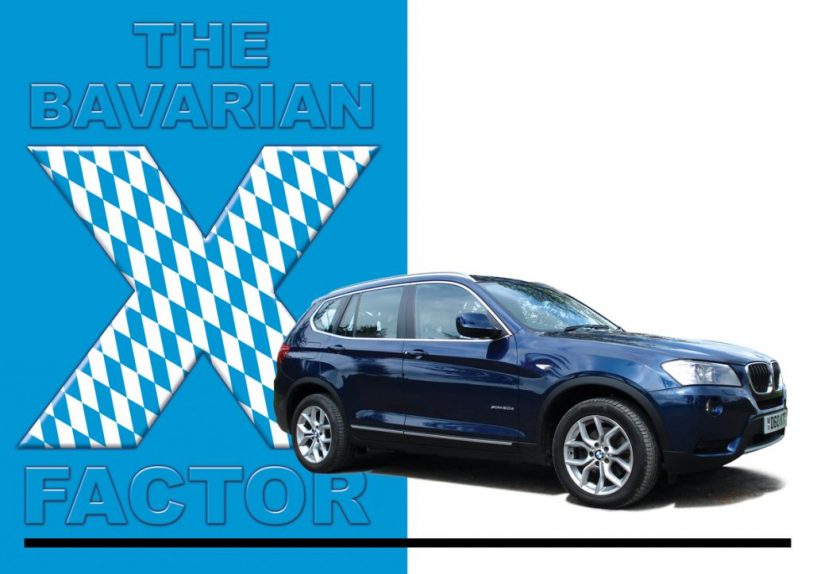 Not so long ago BMW kept telling us they were building “The Ultimate Driving Machine” and few would argue that the M3 or its larger sibling, the M5 were anything but. Recently the marketing men at Munich have changed tack. The “make it hard, make it fast” mantra apparently is old-hat.

These days BMW’s are said to bring you “Joy”. And again, on an empty, twisty road most keen drivers would agree that their traditional layout of front engine and rear-wheel drive is the perfect combination to put a smile on your face.

However, can any of this be applied to BMW’s X3? Despite the premium build quality and the all-important badge, first generation X3’s were only really remembered for one thing: their incredibly hard ride. Coupled with styling that seemed to date quicker than that of their closest rivals, the original X3 didn’t exactly win rapturous applause.

So then, it’s up to the new one to put things right, and after being in the company of a freshly styled 2 litre diesel X3 x-drive for a few days it would appear that the problems have been addressed.

Despite its lofty stance and soft-roader looks the X3 feels more car-like to drive than you might have thought. There’s a pleasing weight and accuracy to the steering, and thanks to 184bhp and 380lbft of torque from the cleanest 4 cylinder diesel engine in its class, the X3’s performance is surprisingly brisk. They’ve sorted the ride out too. The X3 no longer feels as though  its run-flat tyres have all gone down at once and although slightly bouncy on B-roads, most of the time the X3 remains comfortable and composed. With its elevated driving position, – you neither step up nor stoop down to enter an X3’s five seater cabin – and excellent all round visibility this Freelander rival makes a good long distance companion.

As you’d expect from BMW everything’s all been screwed together nicely too. The interior may not be quite as attractive as some of its rivals especially, as in this case, it’s been fitted with the optional (non-wooden) wood-effect trim, but there’s no denying its overall feeling of quality. Soft-touch materials cover both the door-tops and dashboard and everything you touch, including the controls for the I-drive system, which can be used to alter anything from how long the lights stay on after you’ve locked the car to the sport-mode suspension settings or even the digital radio station, feels like it’s built to stand the test of time. It’s well equipped too. Dual zone air-conditioning and leather are standard, as is a 6.5inch digital monitor. Though quite how long this particular car’s optional white sports seats will stay quite so white is a matter of question.

That choice of hue also hints as to what kind of service most X3’s will be pressed into. Despite having 4-wheel drive, a vastly capacious boot, and being fitted with winter tyres I, like most X3 customers I suspect, never loaded it up or let this particular SUV stray too far from the tarmac.

But does the X3’s promised off-road ability and solidity really make it the ultimate driving machine? Not really. It’s a little too relaxed and un-involving for that. So then does it bring you Joy? Well, that depends on what you’re looking for in the first place. It is a perfectly nice car to spend time in though.