One of the best things about being a parent is sharing the things you do with your kids. So, when my good friend Rob and I were organising a surf trip earlier in the summer we decided to take our sons along with us. They are both sixteen and had just finished their GCSEs and were super excited to be included on a trip up country to a great spot they had never been to before, in search of some epic waves.

It only seemed like yesterday they were both little kids learning to surf on the tiny waves of Langland reef together. But somehow, in the blink of an eye they have grown into confident young men and good surfers to boot.

After the long drive we arrived at the coast just north of Scarborough to be greeted by a pretty sizeable swell breaking down a rugged boulder point. We all dived in and cautiously made our way out the back – it’s always a bit intimidating when you are surfing a new spot as you don’t know how the wave will break or where the hidden dangers will be. But in no time at all we were settled in and everyone was having a blast.

I was particularly impressed with the boys who were revelling in the sizeable conditions as if this was what they surf in everyday back home.

Over the next three days we surfed 5 different spots along the coast and got everything from decent beach breaks to classic reefs, slept in the cars, ate takeaway pizza for tea and had an absolute ball.

Even though this was only a short trip away, it was one that will be remembered for a long time and was made all the better for having our sons along with us for the ride! 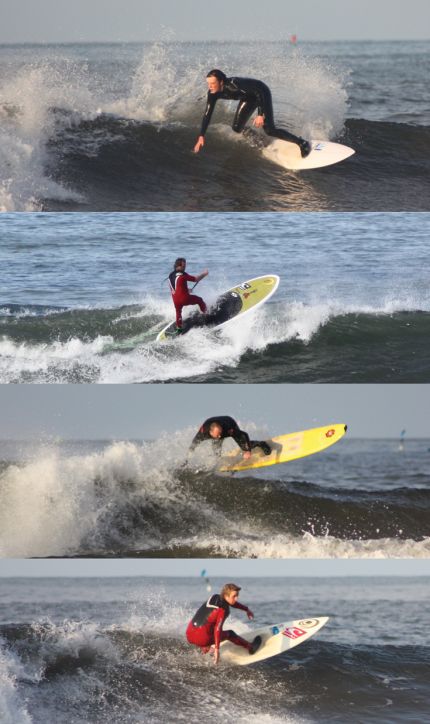