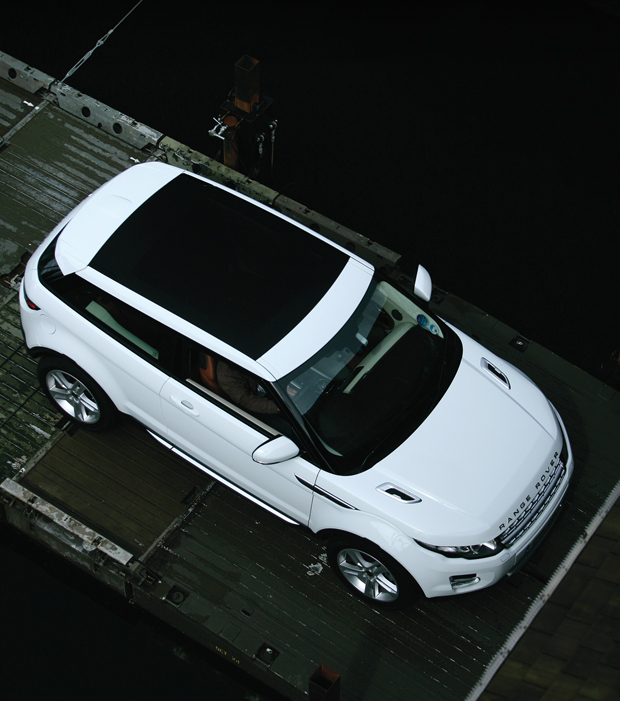 Finally the wait is over. It’s been three years since Land-Rover unveiled its LRX concept car at the Geneva Motor Show, but now the car they turned the LRX into – the new Range-Rover Evoque, is available to buy. In fact 20,000+ orders have been placed already.

The Evoque is the smallest Range-Rover ever and will be responsible for attracting a whole new kind of buyer to one of the world’s most famous, and these days desirable, brands. Evoque customers will be younger, more urban and decidedly more feminine say Land-Rover. Whether or not that’s anything to do with a certain Mrs Beckham being called in as a design consultant on this particular project who can say? But for some it probably made a difference.

So then, is the Evoque just another premium badged SUV aimed at footballer’s wives that will never do more than tackle a gravel driveway? Or is it a proper Range-Rover; a leather lined luxury express that just happens to be able to go almost anywhere?

After a weekend that’s seen me drive Evoques across fields, gravel tracks, A roads, B roads, city streets and even the odd disused railway tunnel, not to mention a dockyard complete with deep water, I’m happy to report that Range-Rover’s new baby is everything it should be, and then some.

The first thing you notice is just how similar the Evoque looks to the original concept car. Sure, the front is a little higher and there are changes at the rear but to all intents and purposes it’s still the LRX. All of the traditional Range-Rover styling cues are present too. From the wheel-in-each-corner stance and short overhangs to the discreet rear spoiler that hides the rear wiper. Even the capital letter script across the clamshell bonnet is present; it’s definitely a Rangie. 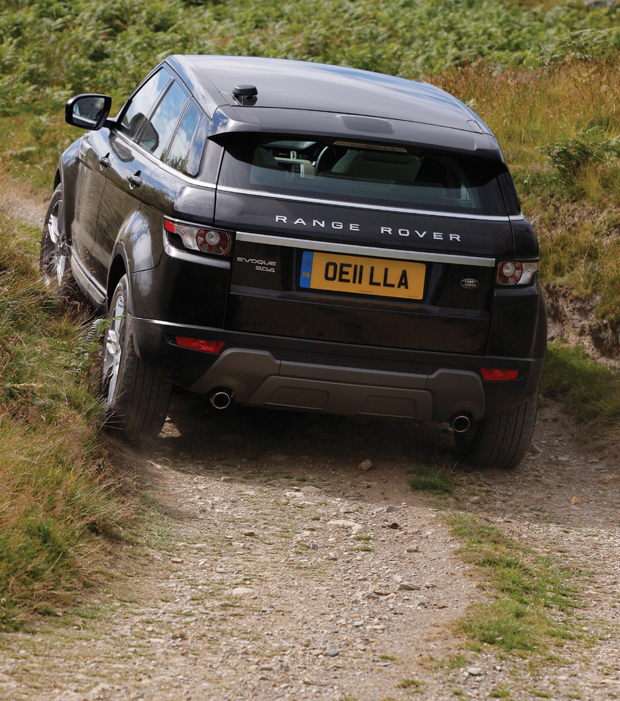 There’s a mix of the new and familiar inside too. Existing Range-Rover owners will recognise the gear selector as it rises from the centre console on start up, plus the flush fitting switches and leather dashboard as fitted to the higher specced editions. But the bespoke Meridian Hi-fi system, and the optional high backed seats and sportier, if still elevated, driving position are unique to the Evoque. They’re just about perfect too thanks to their, and the steering column’s, adjustability. In the three door – or coupe as its known- access to the rear seats is more of a challenge and headroom is slightly more restricted too thanks to a more sloping roof line; five door Evoques feel less claustrophobic. Once in either though, there’s more than enough space for four and the boot should just cope with everyone’s luggage.

But the Evoques’ trump card is the way it drives. Off-road a series of electronically selectable Terrain Response Modes, the Hill Descent System, the very clever Gradient Response Mode and of course four-wheel-drive mean there’s little chance of it getting stuck in the mud, snow, gravel, sand or anything else for that matter. And it’s just as impressive on-road too.

Because it’s smaller, lighter and faster it’s easily the best handling car Land-Rover has ever made. On your favourite road it feels like a hot-hatch (the quieter petrol versions are nearly as quick) and it’s equally as enjoyable to drive. Despite the extra ground clearance there’s isn’t the roly-poly ride you usually associate with SUV’s and because there’s the option to change gear yourself there’s plenty of fun to be had.

If you’re in the market for an Evoque prices start at around £28,000; more if you want all the toys. It’s not cheap but it’s as equally at home outside Harvey Nicks as it is crossing the Serengeti. It could well be the best 4×4 by far.
.
Many thanks to Land Rover’s press department for loan of their Evoques. 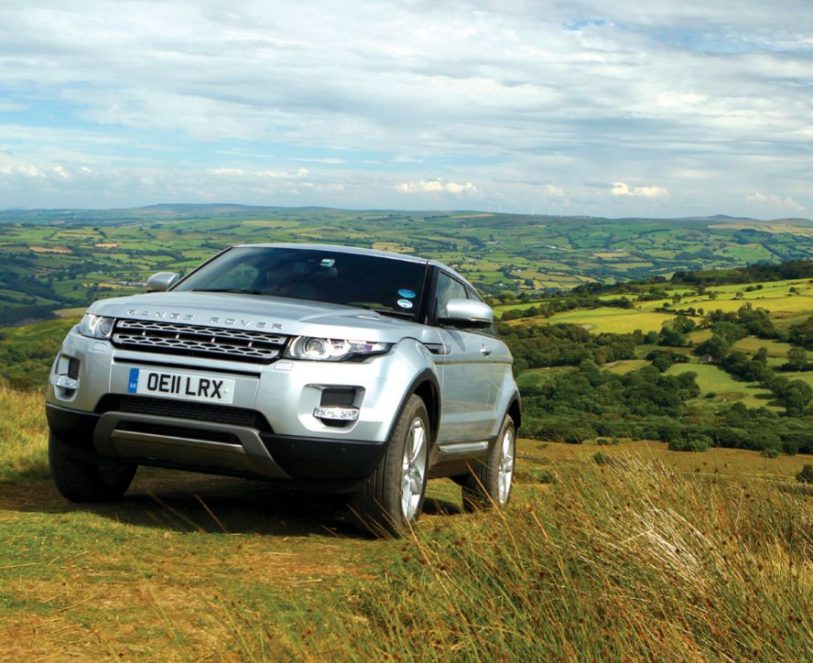