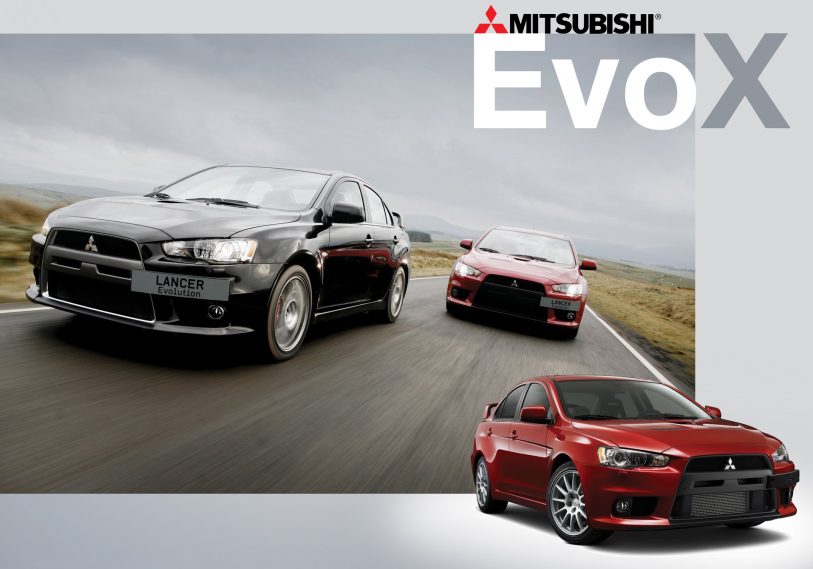 Usually when I pass by my local garage it goes unnoticed. Occasionally if I’m in something noisy, a V8 Morgan or a Maserati perhaps, someone will peer through the workshop door to see what’s disturbing the peace. Or, if I’m lucky enough to be in a Jaguar or an Aston Martin there’ll be a knowing nod of approval as I slow down to pass the cars parked outside. However, the other day I drove past in what, to some looks like little more than a Japanese saloon car and the very next day the men in overalls were asking “How’s the Evo?”

Despite its four doors and traditional three-box silhouette Mitsubishi’s Lancer Evo X FQ-300 GSR SST is not quite your common or garden saloon car. It may have seating for five and a boot that’s big enough to cope with the Tesco run but the Evo X – let’s face it that’s what everybody calls them – marks the latest incarnation of Mitsubishi’s road legal rally car. Earlier versions carried Flying Finn, Tommi Makinen to four World Rally Championships and Mitsubishi claimed the Constructors title in 1998 with the Evo V. To those in the know this car is much more than just family transportation.

Walk around the FQ-300 and it’s easy to see its racing pedigree. 245/40 tyres sit on 18 inch multi-spoke alloys that hide Brembo brakes and fill squared-off arches. The bonnet is covered in cooling ducts and intakes for the 2 litre Mivec-turbo engine that lies beneath it. A matte black grille separates aggressive looking headlamps dominating the front of the car. And if you haven’t noticed already, there’s a massive spoiler on the boot lid. In a way it all contributes to make a handsome car but the term “discreet styling” seems to have been lost in translation.

Inside slim fitting bucket seats hold both the driver and passenger firmly in place and a little button behind the gear-stick changes the wording on the slightly dated digital dash, and the four wheel drive system settings, between tarmac, gravel and snow. The steering wheel feels a long reach away and starting the engine reveals just how little sound insulation the brittle looking plastic centre console and door cards have to offer. £29,699 might be a premium spec car price tag but in the case of the Evo X it doesn’t buy you a premium spec interior.

You’ll forgive it though once on the move. The Evo X’s stiffly sprung chassis means that although firm, the ride is surprisingly comfortable. There’s virtually no body roll in corners and the levels of grip are so high you almost have to re-calibrate your senses.

Whatever the corner, whatever the speed, the FQ300 simply goes round it without fuss.

Needless to say it’s quick too. The twin-clutch sports shift transmission makes sure you’re always in the right gear (well most of the time anyway) 0 – 60 is dealt with in 4.7 seconds, and overtaking is simply a matter of flexing your toes. However, drive the Evo X like the rallying legend it makes you think you are and you’ll empty its 55 litre tank of super-unleaded in less than 200 miles.

With that kind of economy and the costs that go with it the Evo X isn’t going to be everybody’s cup of tea. After a week in its company I’m still not sure I could live with it everyday. I can however see why it commands such respect. 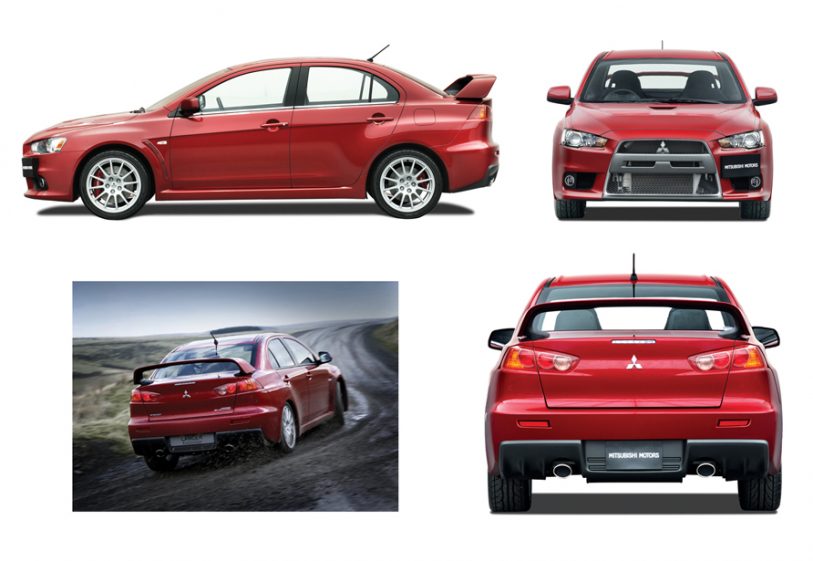