Last month, Liz Barry journeyed to Jordan and spent some time discovering the ancient city of Petra.  I received a text from her which read “weather hot and sunny – Petra fabulous and the Bedouin men gorgeous”. She quickly sent another text “Just to assure you I am working – just sitting outside a cave bar doing some research on Jordanian wine”. It’s tough being a photojournalist with TheBAY but someone’s got to do it! 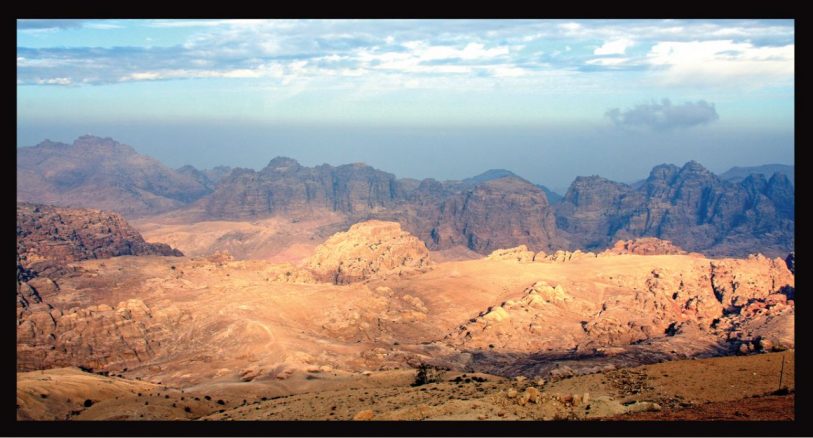 The hidden rose red city of Petra was rediscovered nearly 200 years ago in August 1812 by a Swiss traveller Johann Ludwig Burckhardt. He entered the Siq disguised as an Arab, accompanied by a local guide. It was his notes and sketches of the lost city that brought it back to the world’s attention once more. Nestled in the folds of a remote valley in the Shara Mountains of Southern Jordan, this fabled treasure is hidden from the eye.

Petra’s steep cliffs hold ornate facades, tombs, stairways and even theatres all carved out of the sandstone mountain, a legacy of the Nabateans an ancient tribe originally from the Arabian Peninsula whose capital it became. They were masters of the region’s trade routes, levying tolls and protecting caravans laden with Indian spices, African ivory, Arabian frankincense and myrrh. It was a city influenced by other cultures vibrant with life, whose inhabitants were artisans, farmers and priests. Unfortunately due to eventual changes in trade routes Petra was gradually abandoned around the 14th Century.

The city lies in a valley with only one route in and out which passes through the town of Wadi Musa, a tourist hub for accommodation, restaurants and souvenirs. With just one step across the entrance gate you begin to travel back in time and start the decent into the Siq (long chasm), across the rocky desert landscape.

The walk takes you through towering sandstone walls, barely letting in daylight, as the edges seemingly touch at times. When you think the gorge can’t go on any more your eyes soften to the warm sandstone light flowing through the eroded rocks. Invisible until almost upon it, clean lines of columns appear and as you step from shadow into daylight your breath is taken away as the Treasury looms ahead. Rooted to the spot all you can do is stare as you feel your insignificance before this red rock facade (30m wide, 43mhigh). Time has swept a veil over the carvings, eroded after enduring centuries of sand storms and desert rains. As sunlight ripples across the surface it reveals vivid bands of coloured stone that reflect the ever changing light and mood. 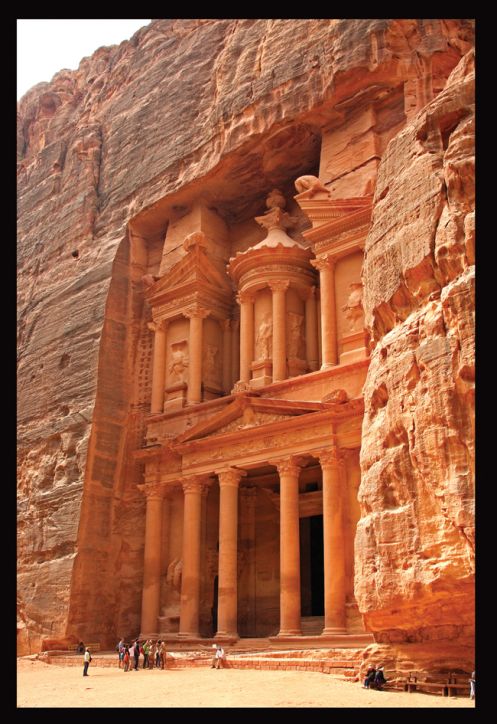 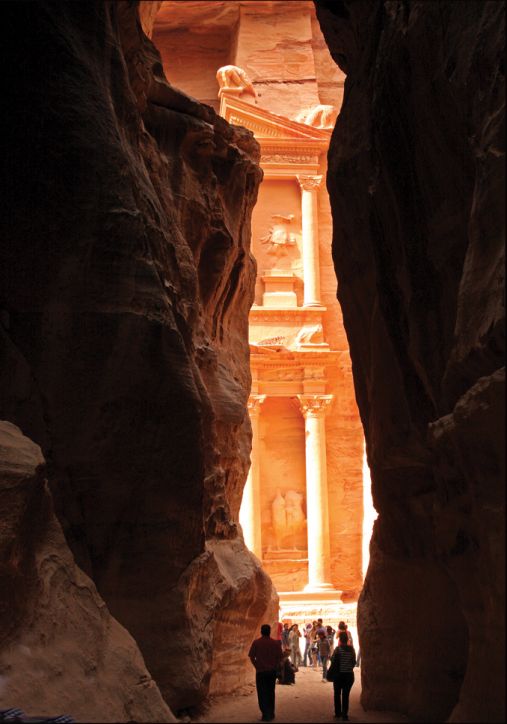 The location has a natural drama. Bedouin tribesmen sit beside their camels waiting for those who wish to ride further into the lost city through the barren desert. There are also horse drawn carriages that carry visitors up and down the 3km Siq but be warned, you must hold on tight as the ride is bumpy. Donkeys are tethered also waiting for weary travellers. Bedouin children offer visitors postcards whilst trying to evade the tourist police as they should be in school. Wooden stalls sell mint tea and other refreshments so you can sit in the cool, away from the still desert heat and soak up the atmosphere, whilst listening to the chatter of voices echoing off the high walls.

The caves and dens of Petra were still home to Bedouin families as recently as the 1980’s. Tempted by material comforts many finally gave up their traditional life of goat herding and agriculture to move to a purpose built village Umm Sayhoun that sits on the mountain ridge above their ancient dwellings. Today the majority of Bedouin make earn an income providing services to the tourists, running tent cafes and trinket stands inside Petra.

Petra offers so much to explore – a few days only just uncovers the surface of the numerous buildings, tombs and breathtaking views. Then there is Petra by night, a poignant experience. Descending the Siq at night, the sandstone caverns glow from the amber candle light. The show stopper comes in front of the Treasury Plaza as flickering shadows dance across this great monument. Sitting on sand mats you are served tea, a traditional Bedouin welcome.

A haunting melody travels through the still desert night, from the flute of a Bedouin musician and a spell is cast as a local guide tells the tale of Petra’s past. Though there may be a couple of hundred people present it is a captivating occasion. As the crowds start to leave, linger at the back and you will walk through the Siq alone, in silence, beneath a canopy of twinkling stars and you can imagine the camel caravans treading the same path in ancient times.

With its dramatic multicoloured sandstone mountains, riddled with hidden passageways and its remote location, Petra is a city of architectural and historic importance, fortunately no longer lost, just waiting to be discovered by to-day’s travellers.

Fact File
Petra was visited whilst on the Splendours of Jordan tour by Cox & Kings www.coxandkings.co.uk 0845 867 3380

Further information: Close by there is a mini version of the lost city – Little Petra, also known Siq al–Baird, (the cold Siq) as sunlight doesn’t reach these rock facades. There are Temples, stairways and rock-cut houses where it is believed traders and merchants used to wine and dine whilst on their stopover in Petra.

PS: Ladies – before you all rush to book your flights to Jordan, it might be worth reading “Married to a Bedouin” by Marguerite van Geldermalsen – published by Virago. There has to be a downside to living with a Johnny Depp lookalike! 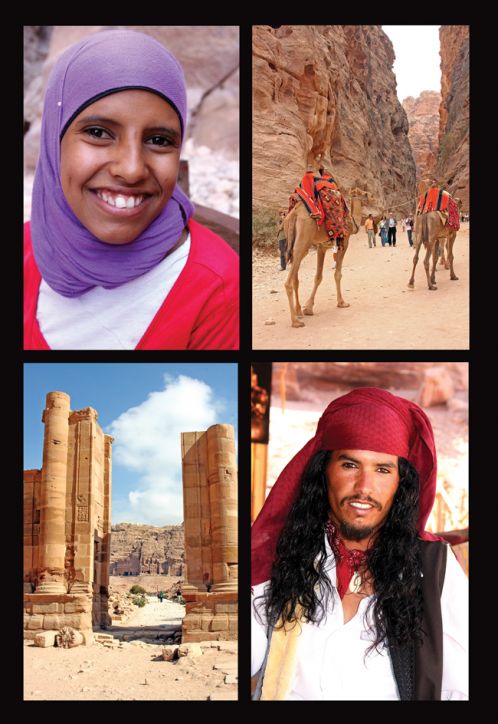