CLASSIC CAR LOVER ASHLEY LOVERING CONTINUES HIS SERIES ON LOCALLY OWNED CARS WITH A BIT OF PERSONALITY. HERE HE INTRODUCES A CAR FITTING FOR VALENTINE’S DAY, A 1971 VW BEETLE BY THE NAME OF HERBIE  A.K.A. THE LOVE BUG – HE MAY NOT BE THE STAR OF THE BIG SCREEN BUT IN HIS OWNER’S EYES HE IS EQUALLY BEGUILING.

Rebecca Jury was bitten by the love bug at a young age, so it was inevitable that she would own one of her own.

Rebecca travelled all the way to the Isle of Wight with her family to purchase her Herbie and it was love at first sight.

However it wasn’t love at first sight for him – he broke down just five minutes after Rebecca bought him. Thanks to a few words of encouragement and tinkering from a friendly AA man, Herbie roared back to life and off he went.

Rebecca recalls “Herbie behaved the rest of the weekend but must have remembered what happened to him in ‘Herbie Goes Bananas’ because he refused to leave the ferry. After a bump start from four crew members they were off again.

“The remaining five hour journey home was a nightmare; the stink of petrol was nauseating, the wipers didn’t work in the rain and the heater was broken, but I couldn’t stop smiling – I was driving Herbie! We stopped at the services to warm up a little – and he refused to start yet again.  He really didn’t want to leave his home! After another call to the AA we were on our way – again! 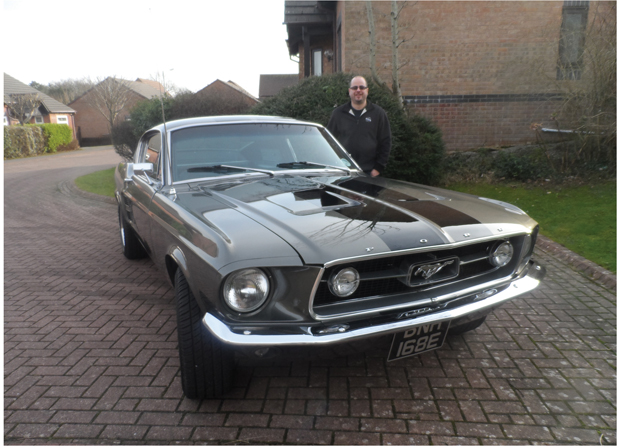 “Herbie is now doing great and seems very happy. As well as entering a few shows such as the National Transport Festival of Wales held by Ashley Lovering, he will be doing me the honour of taking my bridesmaids to the church when I get married next summer. Any opportunity to share Herbie the Love Bug at charity events is a joy, and it gives Herbie the chance to show off – he loves it!”