If our recent Wilderness Gourmet Adventures are anything to go by, spring has well and truly sprung, and nothing tells me that the good times are back than the sight of Ramsons growing like a lush green carpet in the ancient woodlands of Gower. Our most recent walk took us to Three Cliffs Valley, starting at the Gower Heritage centre, where we fuelled up on Tea and Bara Brith before heading out.

Ramsons or Wild Garlic (Allium ursinum) are a truly outstanding find for the forager. In fact finding them is hardly difficult considering how prolifically they grow in some areas, and they are also one of the easiest edible plants to identify, thanks to their pungent garlic scent.

Ramsons like to grow in deciduous  woodlands with moist slightly acidic soils, particularly on north facing slopes and shaded valleys.  They generally start to make an appearance on Gower in early March and the leaves are best picked while still young and tender. The leaves can be cooked as a green, used in soups and salads, as well as being used as an alternative to basil in pesto. The leaves also freeze well for use at a later date. 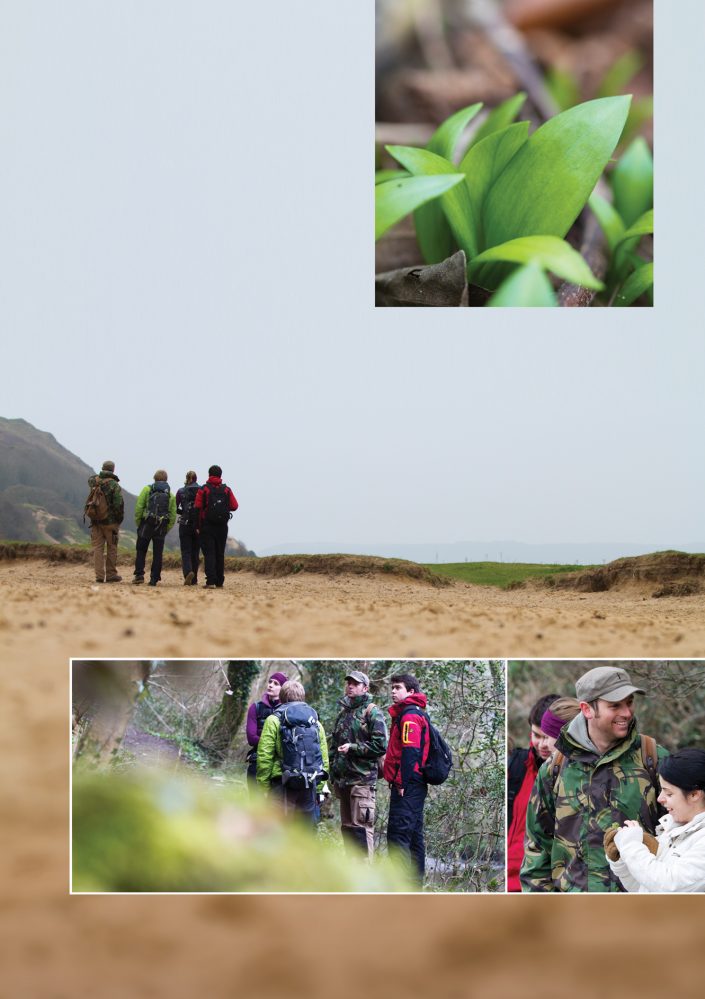 In the past dairy farmers have used Ramsons as fodder for Cows, and butter made from this garlic infused milk was very popular in Switzerland throughout the 19th century. I’m not sure that garlic flavoured milk would have tasted particularly good on their morning cornflakes though.

Ramsons flower from the end of March through until early June. .  Before the flowers open, they are enclosed in a small pod, which can be pickled in spiced vinegar and served throughout the year. When fully open the delicate white flowers form a ball projecting from a central point at the tip of the stem, like an exploding firework. The flowers look great on salads, and can also be dipped in batter and fried as fritters which go really well with white fish.

When picking Ramsons it is a good idea to familiarise yourself with another plant that looks vaguely similar when the leaves first appear. Arum Maculatum (Lords and Ladies)  can be found growing in the same location as Ramsons, but unlike the Ramson it contains poisonous Oxalic acid which can cause severe skin irritation, and should definately not be eaten.  Arum leaves are shaped like an arrow head, and often have dark spots. The easiest way to tell the difference is to crush a leaf and sniff, if in doubt leave it out. I always pick leaves individually rather than grabbing handfulls, This prevents mistaken identity and is also a better way of harvesting plants without damaging the roots and stem.