Liz wanted to explore the river and its surrounds while Gareth spent his time carp fishing. 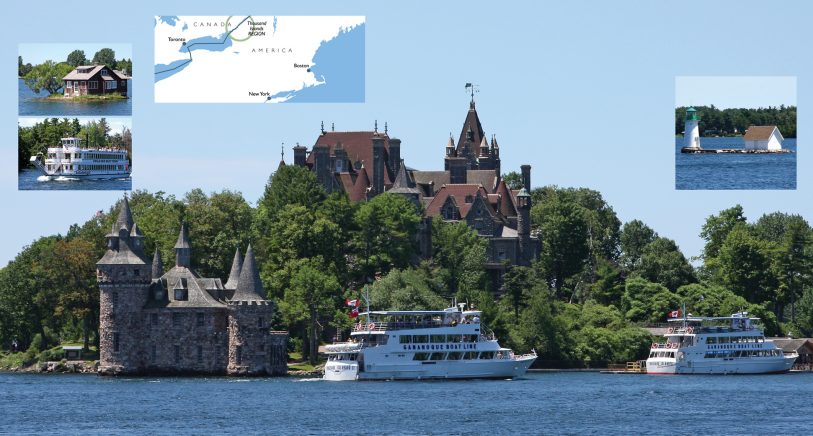 The islands rise out of the water between the Canada-U.S. border of the Saint Lawrence River as it flows from Lake Ontario. Covering a 50 mile area there are over 1864 islands, the criteria being that any island has to stay above water 365 days-a-year and support at least two living trees.

Many of the islands are privately owned and are summer residences, these come in all sizes from a humble one storey dwelling to extraordinary castles and lighthouses.

Boldt Castle on Heart Island is a 120 room mansion which is slowly being restored by the Thousand Islands Bridge Authority. It is a magnigificent structure which resembles a fairy tale castle, turrets reaching skywards, surrounded by beautiful grounds, but the tale that lies behind its demise is the testament of one man’s love and loss.

George Boldt was the general manager of the Waldorf-Astoria Hotel in New York City, he used to summer with his family in a cottage on the island. In 1900 he began an ambitious construction campaign to build a six story castle. The architectural firm G.W. & W. D. Hewitt was appointed and over 300 workers including stonemasons, carpenters and artists were engaged. No expense was spared. The imposing structure was to be a demonstration of his love for Louise his wife. But sadly in 1904 tragedy struck and Louise died suddenly.  Boldt telegraphed the island and ordered the workers to “stop all construction.” He was broken hearted and could not imagine his dream castle without Louise. He never returned to the island, the abandoned castle a memorial of his love. 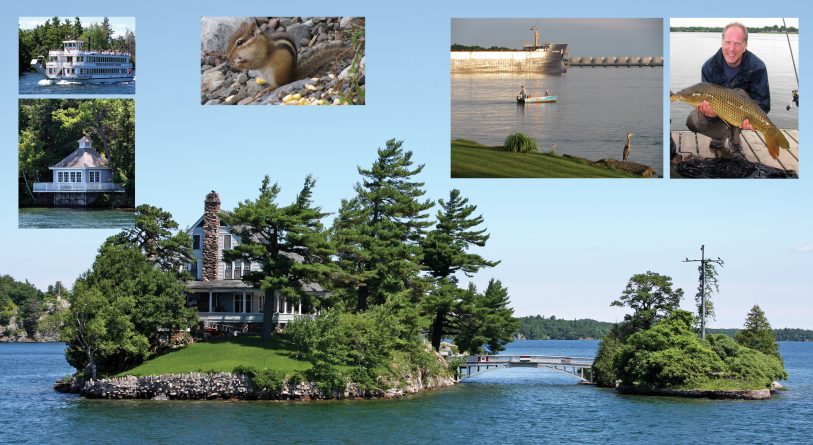 According to a National Geographic article in 1959 it was George Boldt’s chef at the Waldorf-Astoria who developed the popular Thousand Island Dressing.

The house on Zaikon Island, is known to have the shortest international bridge in the world. It joins the cottage which lies in Canada to its back yard which is in the US.  Are passports needed each time you want to sit in the garden or go to hang out the washing?