Many of you will have read Victoria Hislop’s bestselling novel “The Island” and I know that some of you have made the journey to Crete to discover its story for yourselves. Liz was drawn to do just that and investigate this intriguing but desolate place. 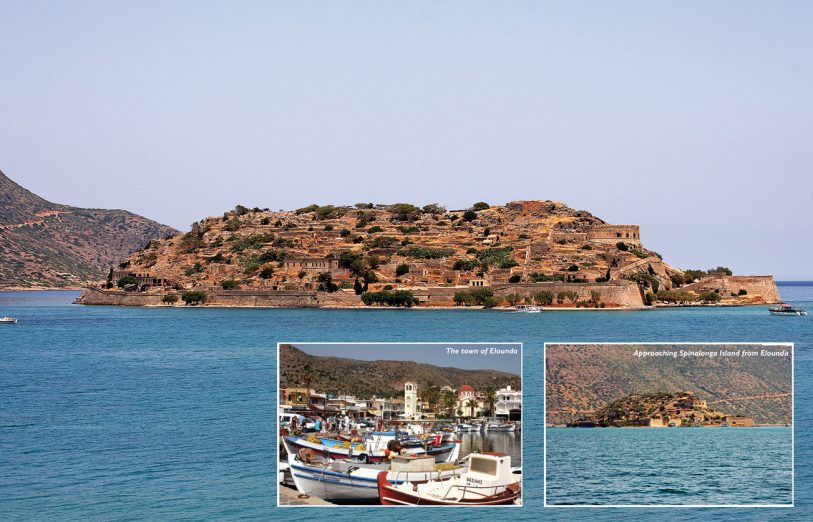 “The Island” is a moving story that follows an English woman, who travels to Crete to uncover her mother’s hidden past, and discovers it is intertwined with the history of the leper community. To-day Spinalonga, Greece’s former leper colony is one of Crete’s most popular tourist attractions.

Leprosy, (Hansen’s disease) caused unsightly deformities that affected the face and limbs. It was feared as there was no known cure.

On 30 May 1903 the decision was made to transform Spinalonga into a leper island. Two hundred and fifty patients were moved there from various parts of Crete. After the unification of Crete with Greece in 1913, others joined them and later patients were brought from abroad as it was classified as an International Leper Hospital. It was significant as from 1903 to 1957; it was one of the last active leper colonies in Europe.

A former Venetian fortress, perched on a rocky outcrop above the turquoise waters of the gulf of Merabello, it is a foreboding landmark that holds your gaze and thoughts as you approach the island.

You can only imagine how these ill-fated people who contracted leprosy felt as they undertook the same journey. Leaving the mainland behind they would have stepped off a boat and onto the shore, then entered through the imposing lepers’ entrance, a tunnel known as “Dante‘s Gate” that led from the harbour into this community that would become their new home. Each one embarking on a life in exile imposed on them by society, as this terrible disease took over their bodies; it did not discriminate between age, sex or background. And many would live out their lives on this island separated from their loved ones.

However, once on the island they received food, water, medical attention and social security payments, services which had been unavailable to Crete’s leprosy patients, as they mostly lived in the area’s caves, away from people. Life was not always easy, but a community was formed. Over the years they did experience hard times especially when Greece was rocked by successive wars. In 1930 a change took place when Epameinondas Remoundakis, a twenty one year old, third year law student was brought to Spinalonga with Hansen’s disease, his sister had also been transferred to the island with the same diagnosis.

It seems that he was just the person the other inhabitants were waiting for in order to necessitate improved living conditions. He was an educated man and was not prepared just to sit and wait for death. Unfortunately because of the leprosy he did lose his sight and a hand in later years.

Remoundakisfounded the “Fraternity of Spinalonga’s Patients” which played a decisive part in the improvement of living conditions. A transformation of the island began, after years of decay, houses had a coat of whitewash, a road was laid around the island, a cinema and theatre were built, a school was opened, also a busy shopping street with a barbershop and coffee house. Life on the leper island began to simulate the life which these unfortunate individuals had left behind.

There was a church of St Panteleimon, and the priest performed wedding ceremonies – as like elsewhere people here also fell in love and got married, over the years twenty babies were born on the island and some children grew up without ever catching the disease.

From 1948 onwards, when the cure for this dreadful disease was discovered, the number of lepers on the island fell. The hospital remained operational until 1957, when the last 20 patients were moved to a leper hospital in Athens. Many of the other inhabitants recovered, and they were able to leave the island and return home to their families.

In1962 the last inhabitant to leave was a priest; he had stayed to honour the funeral rites of the deceased, in the Greek Orthodox Church, a person who has been buried has to be commemorated at various intervals until 5 years after their death.

The island is very atmospheric, you can only imagine how it would have been to look across the water to the mainland – so close to the life that they had once had – that was now so cruelly out of reach.

When you peer through the shuttered windows of the remaining houses along the stone street and look behind old doorways you can picture people going about their daily life, shopping, running business’s, tending gardens. It makes you realise that the people who were brought here had great courage and strength to build new lives for themselves and create a community.

Because of its popularity you will not be alone on your visit to this deserted island. You will however, be able to seek out a quiet spot, maybe standing on the imposing fortress walls or sitting on a stone step. There you will be able to take a minute to reflect on your surroundings and the mood that it creates. For over half a century this place was the exile of lepers. Spinalonga has been called the Isle of Tears, and it’s not hard to understand why.

From Elounda harbour, a boat sails to Spinalonga Island every hour throughout the summer season; it takes about half an hour to get to the island. Boats also sail from Plaka a little village situated to the north of Elounda, the crossing time is shorter, taking under 15 minutes. During the winter months, you can still visit Spinalonga, though you need to find an owner of a boat, enquire at the local waterside cafes and tavernas in Plaka.

Eloundais located in east Crete, north of Agios Nikolaos and south of the seaside resort of Plaka.

For more information on Crete go to www.explorecrete.com

Flights are available from Bristol Airport to Crete www.bristolairport.co.uk 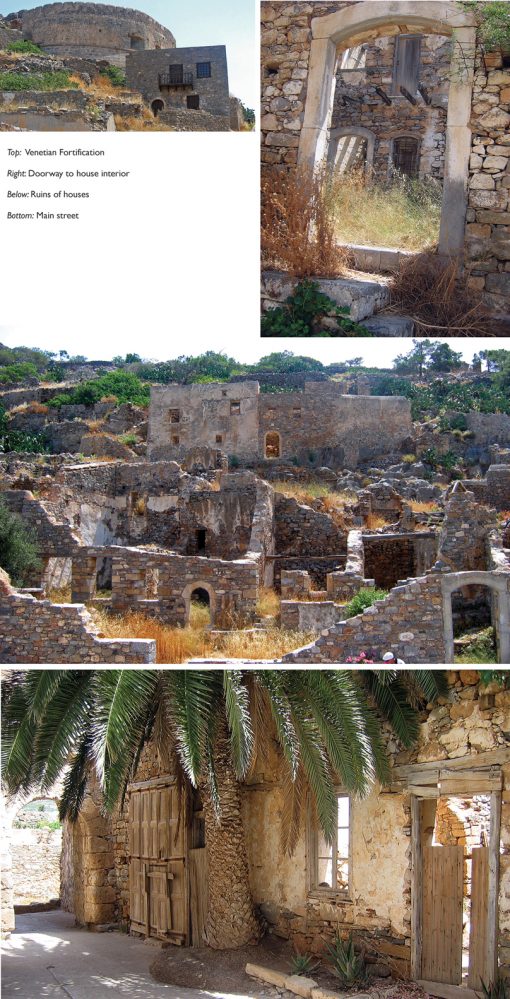