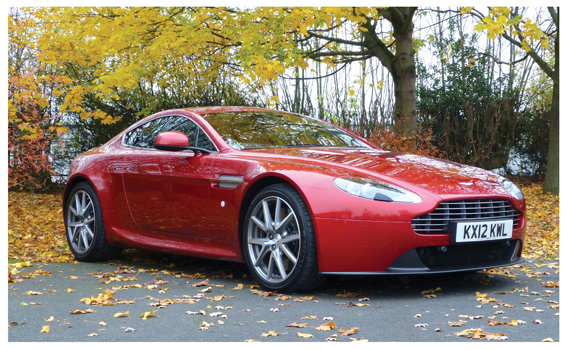 Liam Bird managed to keep control of his emotions when he spent a Saturday afternoon driving around North Wales in a new Aston Martin. And he found a novel way of hearing the sound of the engine as heard by those on the outside.

According to the modern marvel that is Google, it’s exactly 104 miles from my front door to the gates of Conwy Castle. The journey, if you take the direct route, should take 2 hours and 28 minutes, but on a Saturday afternoon when there’s nothing more pressing to do than to simply go for a drive, why would anyone take the direct route?

It’s not every day that you’re handed the chunky crystal Emotion Control Unit, (that’s Aston Martin’s rather pretentious name for key) to their latest V8 Vantage, so it was only appropriate that I seek out some roads that offered more of a challenge than The North Wales Expressway on which to exercise at least some of the 420 horses that hide under its heavily vented and beautifully light, hand-crafted bonnet.

Pull on the delicate handle and the Vantage’s doors swing upwards as well as outwards revealing a cabin that, as someone once said, “smells of money”. Everything, the seats, the dashboard, the headlining are covered in thick, hand-stitched leather; the aroma is intoxicating. A fly-off handbrake sits beside the aluminium sill plate, and there’sjust enoughroom behind the seats to store a brief case or a jacket or two. The Vantage is the smallest of Aston’s offerings meaning its interior is a little snug. Snugger still if you’re tall, but for once being short had its advantages.

Pushing that key, sorry, Emotion Control Unit, in to the Vantage’s dashboard makes the starter whirr, before in this case, 8 cylinders bark in to life before settling into a menacing sounding idle. Blip the throttle, dip the weighty clutch, find first, and head north. 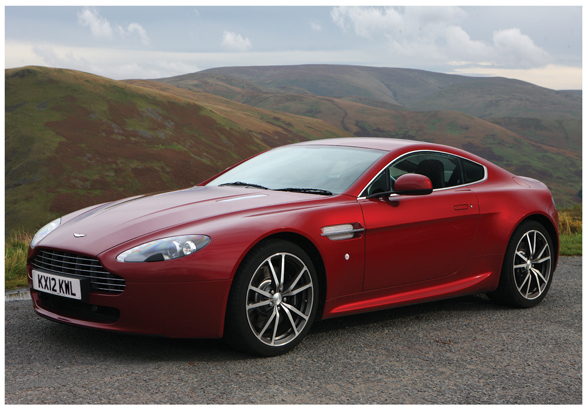 It’s clear for the outset that you have to “drive” a Vantage. The gear-change requires accurate and decisive inputs and the steering feels heavy at low speeds. Despite not being anywhere near as stiff as the harder, faster Vantage S I once sampled, the whole car seems to fidget a little underneath you and there’s a faint yet familiar signature Aston Martin transmission whine too. The tyres, 10mm wider for 2012 cars onwards, tend to rumble a little, especially on the broken B-road surfaces that blight the Shropshire Marches. Still, who wants an Aston Martin that doesn’t feel involving?

A few miles of border hopping on the way to Oswestry come first, but it’s not long before I’ve cleared Llangollen’s afternoon shoppers and picked up the A542. The road over the Horseshoe Pass and on towards Llandegla provides a perfect natural hill-climb course, so where better to indulge in the Vantage’s performance? 0-62 in 4.9 seconds and 346 lb ft of torque make light work of overtaking the weekend stragglers who seem more interested in the Welsh scenery than the road ahead.

At Ruthin I loop back south, taking the gloriously twisty B5105 through Clawdd-Newydd and on past the Forests of Clocaenog where once the likes of Alen, Vatanen and Toivonen tamed the Group B monsters that dominated 80s rallying. The Formula 1 of the Forests they called it, and even back then their cars packed more horse-power than the Aston Martins of today.

Turning sharp right and north again in Cerrigydrudion, means I skirt the banks of Llyn Brenig as the road climbs, the light begins to fade and the temperature drops. It’s close to freezing as I reach the top of Bryntrillyn and what was once The Sportsman’s Arms. The feedback through the thick rimmed wheel tells me -thanks to the typically Welsh weather – that the tarmac is offering all the adhesion of buttered Teflon, so, with the Vantage’s digital trip meter warning me of ice I select sixth and find a gentler pace. Mindful of the fact that Aston Martin prefer their aluminium bodies returned un-modified, I make my way into Denbigh in-order to gather my thoughts over some late afternoon tea.

North again, and after passing St Asaph’s Cathedral I’ve one last landmark I want to experience before heading home. I’m headed for the Conwy Bypass; or more importantly the road tunnel that runs underneath the river estuary. I want to hear for myself what the Vantage sounds like from the outside. Everyone else has heard it like that this afternoon whereas I’ve only heard it as its driver does, from the inside. I know – how I suffer for my art!

On the approach to the tunnel I switch on the heated seat, crank up the air-con and lower both windows before checking the mirrors and slowing down a little. Then, because I’m not sure when this kind of opportunity will occur again, I bury the throttle. With the change-up light flickering, Aston’s entry level GT is more than capable of 70 in second, or perhaps (ahem) a little more.

This afternoon has taught me that even at £84,995 the Vantage is not entirely without its faults: the sat-nav is still awkward, the column stalks are straight out of a Fiesta and the buttons for the radio are infuriatingly small.  But I’m in no doubt, as I exit the tunnel and a mechanical cacophony of noise echoes off its walls, the Vantage’s engine note alone is worth every single last penny. 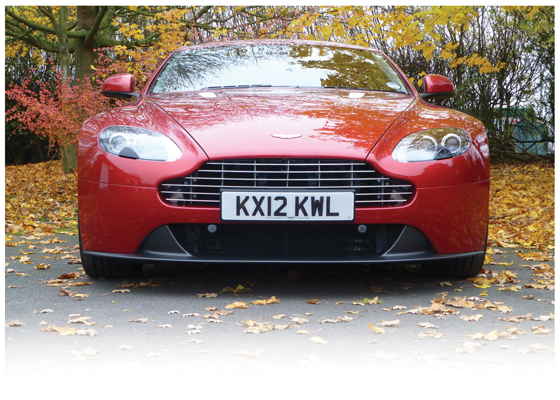