A spot of late afternoon telly watching is nothing new for most of us, some of us these days even get a massaging seat; it’s hardly worthy of note. However, when both the television screen, and the seat in which you’ve been sitting watching it in – which incidentally just happens to be heated as well – are high on a hillside in Herefordshire, far away from any other obvious signs of modern day civilisation, it tends to make the whole experience decidedly more memorable. 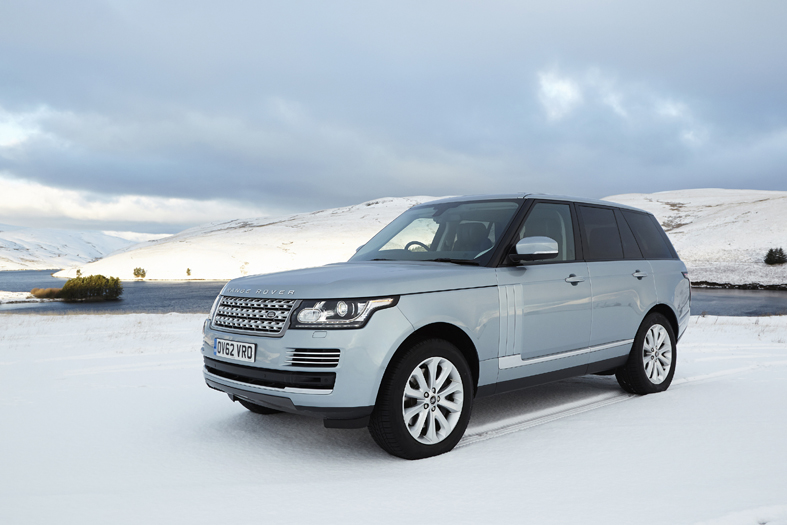 I’ve just spent the day driving the all-new Range Rover. Not only has it carried me in almost silent, air-conditioned, leather-lined and walnut-clad luxury, from my starting point in Chipping Campden to this, Land Rover’s ultimate off-road playground at Eastnor Castle, it’s waded through waist deep water, made a mockery of mud, and – this winter being what it is  – coped with up to 9 inches of snow too. 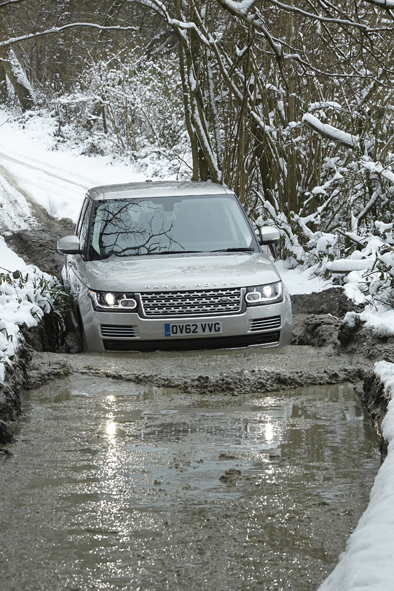 The fact that between us both the car and I have arrived at this most rural of locations as unfazed and as relaxed as we were when we started out this morning goes just some way to prove how utterly remarkable the 4th Generation (the L405 to those-in-the-know) Range Rover really is. But, before it’s time to plunge yet further in to Eastnor’s forests we’ve stopped for a breather, some apple juice and an attempt at today’s Countdown Conundrum.

Launched originally in 1970 the Range Rover has come a long way since its humble four-speed gearbox and hose-down interior beginnings. Land Rover’s sales staff soon realised that a more affluent clientele was attracted to what was originally conceived as a working vehicle that could also carry the family.

These days like the rest of, they’re under no illusion that the Range Rover is first and foremost a luxury vehicle. Its sumptuous interior feels altogether less cluttered than that of the model it replaces, thanks to far fewer buttons making it an altogether more calming place to be. The large glass area (70% of customers have ordered their cars with what is the world’s largest optional panoramic sunroof) accentuates the centre console’s grained veneers, and thanks to a seating position that’s 90mm higher than any other SUV on the market, soft close doors, and a 1700W 29 speaker hi-fi, it’s hard not to agree with Land Rover’s interior designers that this cabin offers “Imperious Sanctuary”.

But by far the most impressive developments are the ones you can’t see. The new Range Rover is now an all-aluminium SUV, another world first. It’s a whopping 420kg lighter than its predecessor, and safer, stronger, and more aerodynamic to boot. Not only does that mean better fuel economy, but less mass inevitably means less CO2, plus better handling too. Factor in an eight-speed gearbox with imperceptible changes, and in the case of the SDV8 339bhp and 515lbft of torque, and not only do you have the capability to tow 3.5 tonnes but, should you wish, also enough oomph to charge forward like a bull elephant with a bee up its backside; 0-62 takes a mere 6.5 seconds. Despite its size, albeit still shorter than the BMW 7 series, the new Range Rover has an agility that could embarrass many an executive saloon. 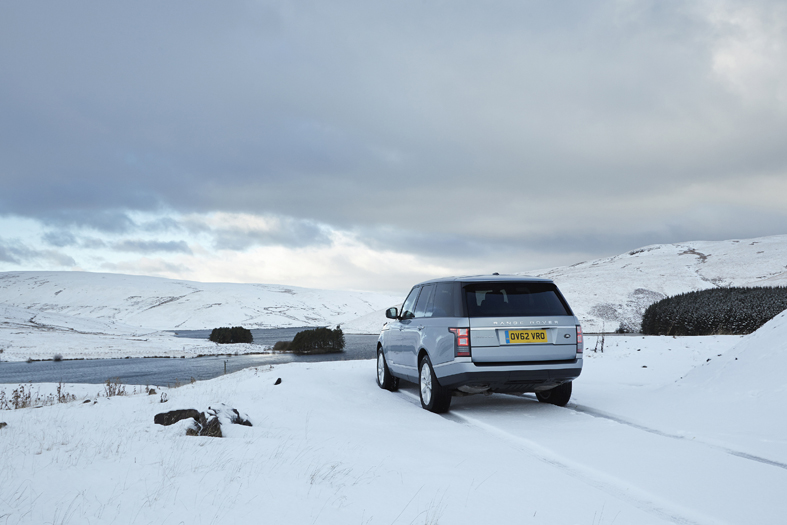 And yet with the low ratios selected you can creep forward, at barely a snail’s pace, over the kind of terrain that no other luxury car costing the best part of £100k will ever encounter, whilst all the while watching how much differential lock the automatic Terrain Response System is applying, how much steering lock you’re applying and how much suspension travel is being applied by Mother Nature. All on the very same screen you watched the news on moments earlier.

The Range Rover has always claimed to be “The World’s most Versatile Vehicle”: it’s difficult not to agree. Right now if they claimed it was one of the world’s best vehicles I’d probably agree with them too.

Many thanks to Land Rover’s