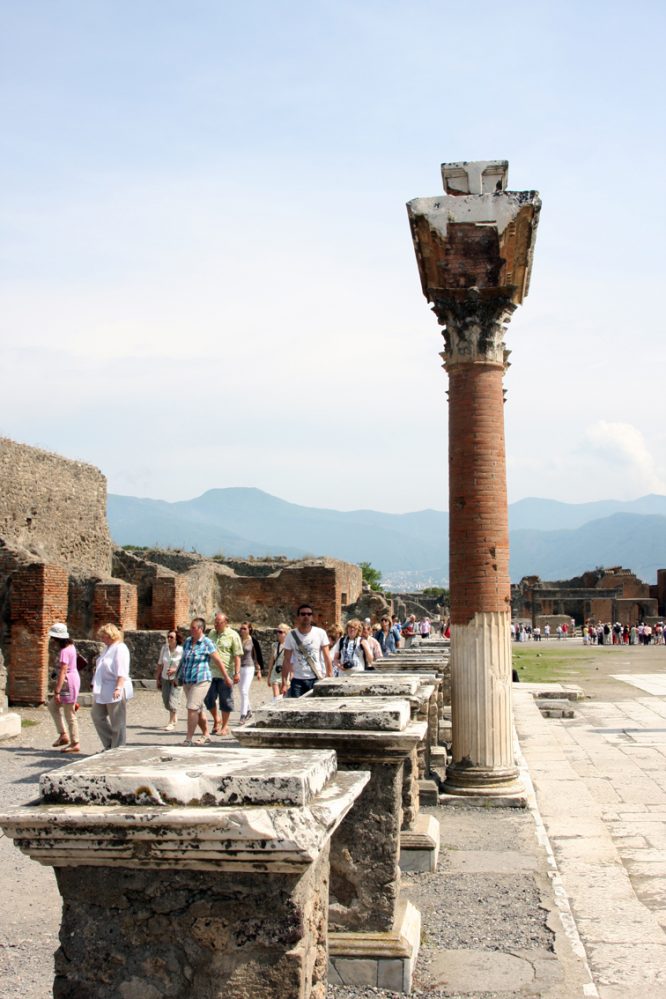 The British Museum currently has an exhibition “Life and death in Pompeii and Herculaneum” which runs until 29 September.

The focus is on the archaeology and the lives of the people who lived there, prior to the devastating volcanic eruption, rather than on the site. It brings together fascinating objects from recent discoveries alongside artefacts from earlier excavations.

In the company of renowned experts and practitioners who, alongside live performance – music, poetry and eye-witness accounts – will bring to life extraordinary objects, examples include intricate pieces of jewellery, sculpture, mosaics, cooking equipment and even food including an intact loaf of bread with the baker’s stamp still on it, some never seen outside Italy before. 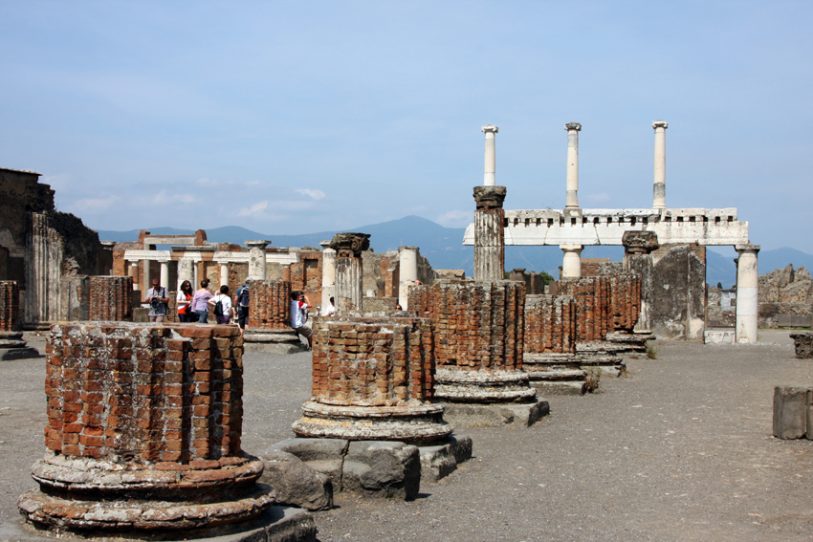 Interviews will be intercut with stunning specially recorded films showing Pompeii, Herculaneum and the sleeping Vesuvius. It is hoped that the cinematic guided tour will inspire people to travel to the Museum and experience the exhibition first hand.

In 79AD Mount vesuvius erupted and covered the commercial Roman city of Pompeii in choking ash.

Today, the remains of temples and villas stand virtually unchanged from how they looked 2,000 years ago.

The mud and hot ash from the volcano cascaded onto the city’s inhabitants as they tried to flee, turning them into statues frozen in time. At that time Pompeii was closer to the coast and was an area favoured as a holiday resort by wealthy Romans. 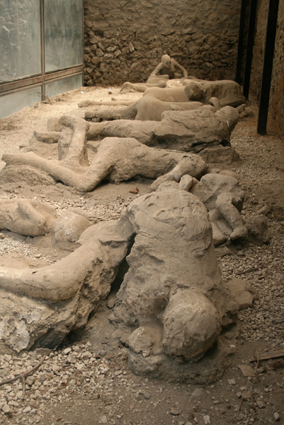 In contrast Herculaneum was a quiet seaside town and the remains are better preserved than those at Pompeii, as rather than being buried in hot ash it was engulfed by a mudslide. It is possible to see wall paintings with colours muted by time but still telling a story, the baths completely intact with beautiful marble floors, roofs and wooded beams. The excavated buildings and narrow streets deserted by its people represent a stark contrast to today’s 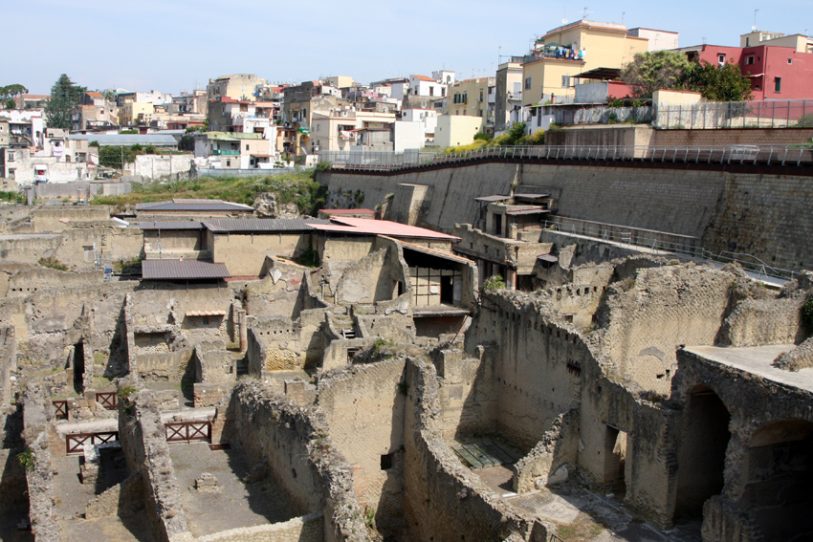 Herculaneum which is bustling with life, having grown organically around the outskirts of the city.

Mount Vesuvius, is the only active Volcano on mainland Europe. It looms in the distance above the Bay of Naples; a single plume of smoke rising out of its blackened crater serves as a constant reminder that the volcano is only asleep. 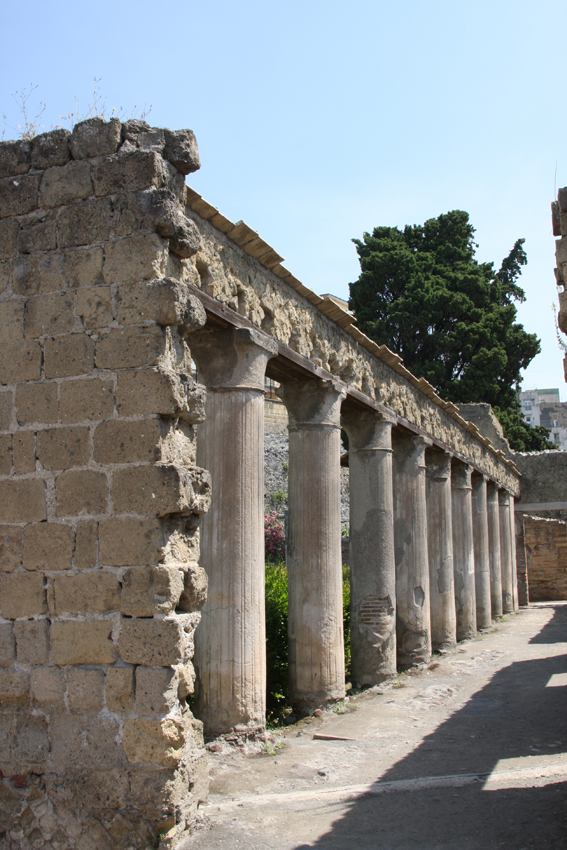 plus a range of concessions