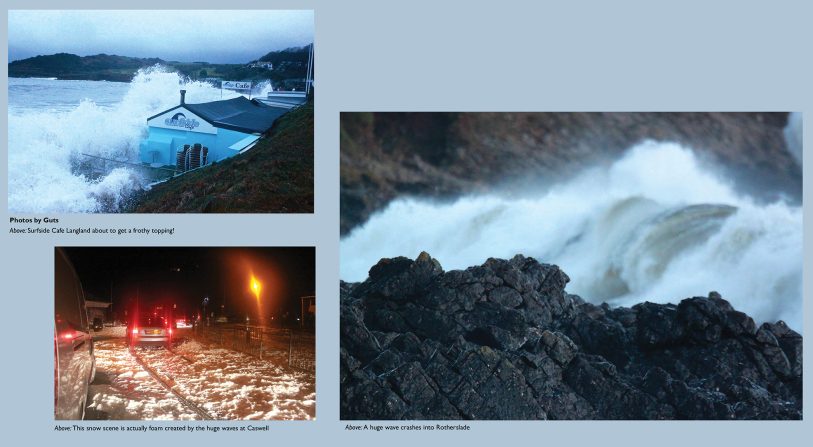 This winter has produced the most consistent run of surf in decades. A procession of giant low pressure systems have been making their way across the North Atlantic bringing gales and torrential rain to Wales for months now without any let up. These same storms have also been creating some of the biggest waves that Wales has ever seen.  Surfers all over the country have been searching out the tucked away sheltered coves that can handle this amount of swell, as the main bays like Langland and Caswell have been out of control with huge waves breaking out to the horizon.  Over the weekend of the 6th of January, the biggest surf ever to hit this country, created by a storm dubbed “Hercules” by the weather men coincided with some of the highest tides of the year – to create utter chaos all along the west coast. Thousands of people were drawn to the beaches of Gower to see the free show that Mother Nature was putting on – it was quite a spectacle. Here are a few glimpses of the savage sea in action. 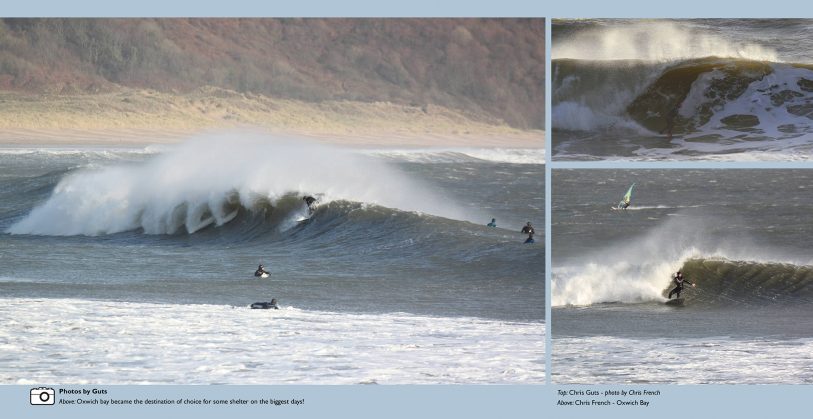