Love me – love my dog 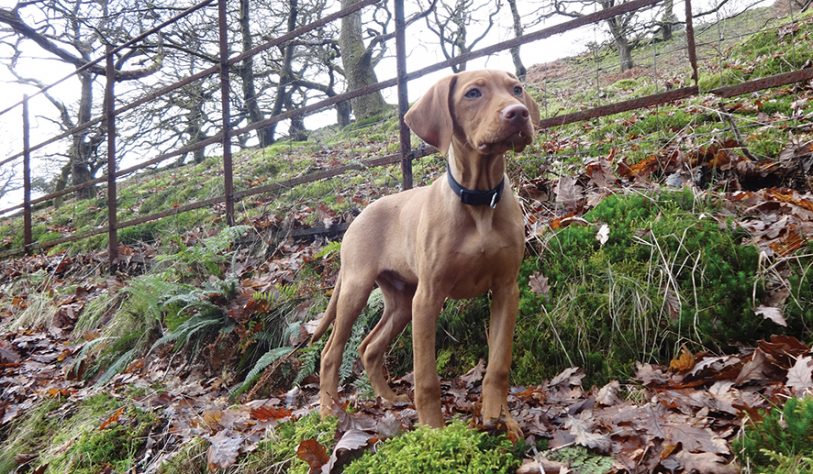 Buying a puppy is something that shouldn’t be undertaken lightly, so after due consideration and professional advice, GERAINT’S girlfriend welcomed BARCLEY the Vizsla into her life

Barcley (a.k.a “Devil-dog”, “Damien”, “Vernon” or “The Ginger Winkie”) is a Hungarian Vizsla. We had the conversation about the responsibilities of dog ownership, the benefits of rescuing or re-homing a dog from the RSPCA or Dog’s Trust, and how demanding a puppy could be to train. With some advice from her vet, I’d like to think that she made an informed and considered decision!

Personally, I’ve never really owned a puppy before. As kids growing up (aside from the array of cats and “small furries”), we had some kind of “dog time-share” arrangement with the neighbour’s dogs. This may have amounted to chain-feeding the dog next door rich tea biscuits on our driveway and playing endless games of garden hide and seek with the Retriever across the road, (whilst more often than not trying to detach him from my leg). However, being a vet, I talk to owners and see puppies on a daily basis and I’d like to think I am aware of all the hard work that goes into owning a puppy and training it. I must say, so far, training a Vizsla, certainly this Vizsla, I may have underestimated. 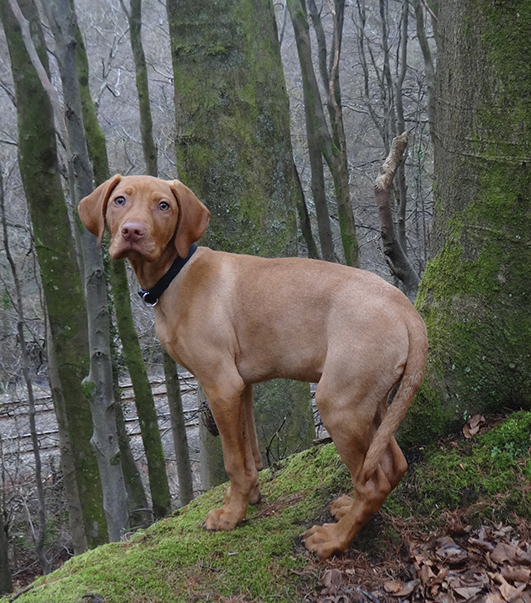 Like many things in life, there is a slight disparity between the “theory” and the “reality” of keeping a puppy and puppy training. The ultimate aim is of course, to produce a puppy that is well behaved, non- destructive, toilet trained, well socialised (with humans and other dogs), that sleeps through the night and walks well on a lead.  This is what I tell owners anyway..!

Now I’m no expert on the breed, but from what I’ve seen and read, Vizslas as a rule of thumb are supposed to be intelligent dogs. As a gun dog breed they are more likely to express themselves by biting and mouthing. This is a trait that needs to be discouraged early on in training (Before you run out of socks, cushions, dressing gowns and fingers). Also, more than other puppies, Vizslas tend to crave attention and human contact and unfortunately they can become quite needy. One Vizsla owner who came into the surgery once summed it up quite well. According to her, so desperate was her dog for her attention, if there was anyway her dog could, her Vizsla bitch would “get in” her! Barcley’s training therefore started in earnest from day one, the main priority being to avoid creating an anxious, disobedient dog with behavioural disorders that would be the bane of my girlfriend’s life for nine or so years. No pressure then.

Vets and animal behaviourists widely recognise that there is a window of opportunity to train your puppy between 8 and 16 weeks. During this time you should treat your puppy like a sponge – ready to absorb all the positive behavioural traits and skills that you are about to teach it to prepare it for life.

The current theory is that you should always do this with positive reinforcement, using treats and attention to encourage and reward good behaviour, crate training to help with toileting habits, socialisation and puppy classes to allow essential “meet and greet” skills. Undesirable behaviours should be dealt with firmly by issuing stern commands and removing yourself or the puppy from the situation. All this serves to emphasise that as “the pack leader” you are the “alpha” and you are in control and make the decisions. This should be consistent throughout the household! (Just ask Caesar…) Interestingly, the reality, certainly with this Vizsla pup, may be a little different.

Firstly, there were the initial rather embarrassing attempts at lead walking. At a distance, this may have resembled a frustrated man trying to strangle a small, ginger animal with a rope.  Secondly, the absolute performance surrounding crate training, (where even now the young chap still appears to get an unusual amount of pleasure by ripping up his bed and then filing his baby teeth down against the bars). And finally, the frank disobedience at puppy training class, which resulted in a yellow card and Barcley quickly being labelled “A.S.B.O boy” for the rest of the session. 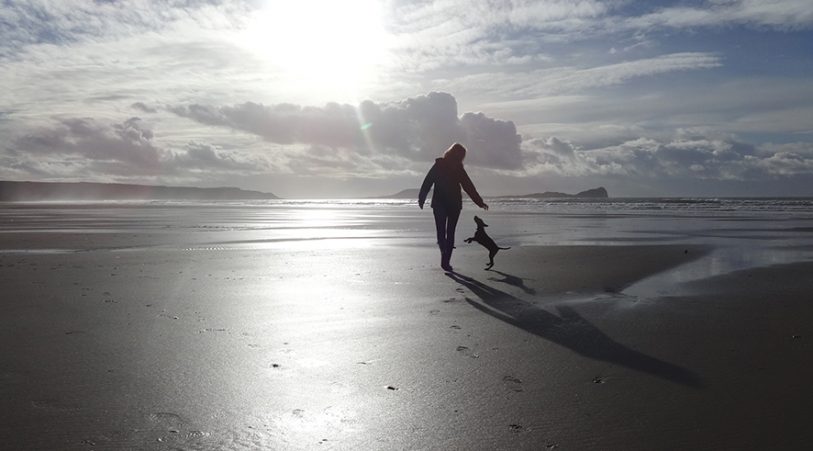 Then there is the daily “anarchy hour” that occurs after eating, without fail every evening where no means of discipline can tame the feral beast.  Seriously, what is all this about? Now I’m all for a dog with a bit of character. At the end of the day no one wants a sedentary pooch glued to a cushion that only moves its eyeballs, but this fine line between temper tantrum and circus dog is ridiculous. I have even found myself wondering if he’s got access to a secret stash of blue Smarties or value orange squash.

Certainly no episode of The Dog Whisperer or issue of “Puppies for Dummies” (?) prepares you for the puppy that is obsessed with feet, (socks, slippers, naked toes), dishcloths and electrical appliances. A puppy who thinks it’s perfectly fine to dry hump both your parent’s legs minutes after meeting them. (I’m not sure, but if a dog tries to hump that much will it wear its spine out?) Or indeed a pup that travels in your car for an hour, only to vomit (with some satisfaction) on your front seat within seconds of arriving at your destination.

If there was an actual puppy training manual, I wouldn’t hesitate a guess that “Barcley” now 15 weeks, would take great pleasure in toileting all over it.

It would be wrong of me to write an article about puppies without emphasising the importance of doing your research before getting a new dog. Having a dog is a massive, long-term commitment. The average dog lives for 9 to 12 years and will become a big part of your life. Ensure that you do an adequate amount of research into the breed, talk to owners, and even borrow a friend’s dog for a weekend or longer before making a decision. Think about your dog’s potential temperament, its exercise requirements, and costs such as feeding, insurance and vets bills. There are many unwanted dogs in rescue shelters and rehoming centres which you may wish to consider first. If you have your heart set on a particular breed, ensure that you buy from a reputable breeder (Kennel Club assured) and you go to see several litters of puppies. Make sure you ask to see the mum (and dad) of your puppy if possible and note the condition of any other dogs on the premises.

Throughout the trials and tribulations of puppyhood remind yourself that “owning a dog is a rewarding and fulfilling experience”. If all else fails, join a support group! 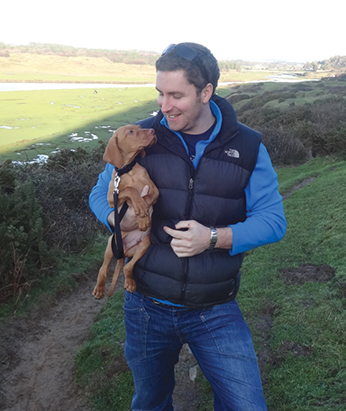