Each month Liam sends TheBAY a list of the latest cars that he’s been test driving for us to select from. I was interested to see if the F-Type would live up to the E-Type’s advertising slogan of Grace, Space, Pace. 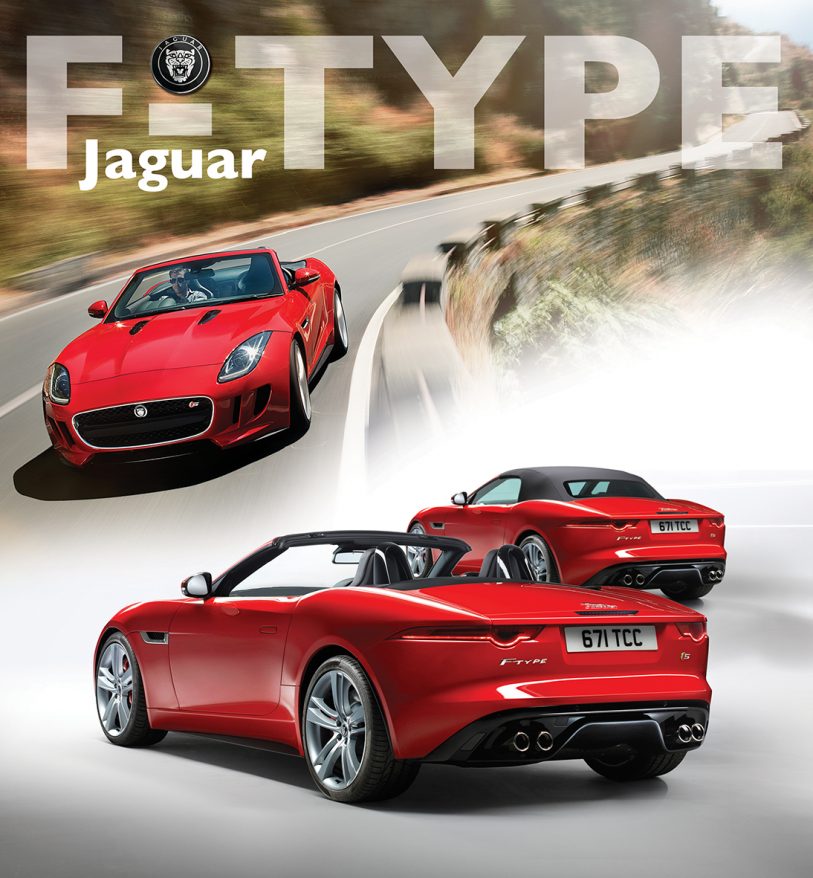 Funny, isn’t it, how things turn out?  The Jaguar F-Type that was delivered to me the other day turned out to be the very one that I was lucky enough to snatch 20 minutes in at the SMMT (Society of Motor Manufacturers and Traders) test day early last year.

Desperate to get my hands on the first proper Jaguar sports-car in 40 years I, like nearly every other motor-noter attending that day, waited patiently in line until finally it was my turn to pull on the F-Type’s slender flush fitting door handle, lower myself into its surprisingly spacious (for a two-seater) leather-clad interior, and post myself in behind its flat-bottomed, thick-rimmed wheel. The sun shone, the roof was down in less than 12 seconds, and the 3.litre supercharged motor made the exhaust pop and cackle on the over-run every time the 8 speed auto box changed down – just like Jaguar’s 15 minute Damien Lewis starring advert /mini-film promised it would. I was hooked.

Jaguar has been promising us, or at least teasing us with concepts of the F-type for as nearly as long as I can remember. Back when I was just a paperboy, every once-in-while one of the glossy motoring magazines – the type of which I seemed to always be spending far too much of my “wages” on – had yet another scoop, an exclusive, or grainy spy-shot of what was to become “the spiritual successor to the E-Type”. Although back then Jaguar called their ever changing concept everything from just plain old F to the very futuristic sounding CX16. On a sunny day in May I was at last behind its wheel. Finally I was driving the F-type; my Cheshire Cat expression said it all.

That all too brief blast – oh alright then, saunter; It was an accompanied drive around Millbrook’s Alpine circuit with an approved Jaguar “representative” sitting beside me – was never going to be enough. As soon as was possible I went straight back over to Jaguar’s lady PR and tried to book a longer test drive. Such was the waiting list you’re reading this in the following April.

It’s funny sometimes what you don’t spot the first time you drive an all-new car. When The F-Type turned up on my drive it appeared shorter, wider and perhaps even a little muscular than I remembered.

In the metal it’s every inch the sports-car: long bonnet, front engined; rear-wheel drive, short tail. The F- type looks thoroughly modern, and yet there are still hints of its legendary 60s predecessor about it. Those bulging rear wings complete with thin tail lamps, and the way the twin exhausts (the wickedly powerful V8s get four) are centrally mounted below the number plate; it could easily be the work of legendary aeronautical and E-Type designer Malcolm Sayer rather than that of today’s Jaguar Design Chief Ian Callum.

From the moment you press the copper coloured starter button the F-Type’s driving experience is totally engrossing. The engine doesn’t just start, it erupts into life. It is unashamedly and unapologetically loud – even more so if it’s been fitted (as in the test car’s case) with the switchable active exhaust system – and all the better for it. Send the rev counter’s needle to the far side of the dial and lift off, and your efforts are rewarded with a deliciously addictive combination of artillery-like explosions just behind your left ear.

The way the F-type accelerates is the stuff of ballistics too. Even in this one, the most conservative 335 bhpV6 version, 0-62mph takes just a whisker over 5 seconds. The steering is beautifully direct and feels perfectly weighted, and there’s little, if any, sign of body roll in corners. A day driving the F-type is a wonderful indulgence.

And yet, there lies the problem. The F-type is almost too self-indulgent. The trade-off for all that performance is a ride that is far too unforgiving on anything but the smoothest of surfaces. Potholes, even manhole covers, send vibrations crashing back through the bonded aluminium chassis so much so that however smooth you look when driving an F-type you certainly don’t always feel it.

There’s one other problem too, just a small one, a very small one in fact.  I know the F-Type was never designed to be the kind of car in which one transports a wardrobe, but is it really too much to ask of a two-seater for it to be able to swallow a couple’s weekend luggage?  The F-type’s slot-shaped boot struggles with the briefest of cases, and that’s before have to pay extra for a spare wheel.

At £58,520 upwards, the F-Type is by no means cheap but it’s priced to appeal to those of us who want a sports-car and only have the funds for one car and one car alone. Unless you travel very, very light or unaccompanied, the F-Type struggles to fill that niche.

Or at least is does in convertible form…

By another strange coincidence just a few days before I sat down to write this, Jaguar unveiled the F-Type Coupe to an A-list audience (my invitation strangely failed to show up – I can’t think why). The same head-turning looks and neck straining performance are standard, but the boot promises to be altogether more accommodating. And the Coupe looks even more like the CX16 we were promised all those years ago too.

Perhaps then the F-Type Coupe is really the return to Jaguar sports-car form we’ve all been longing for. 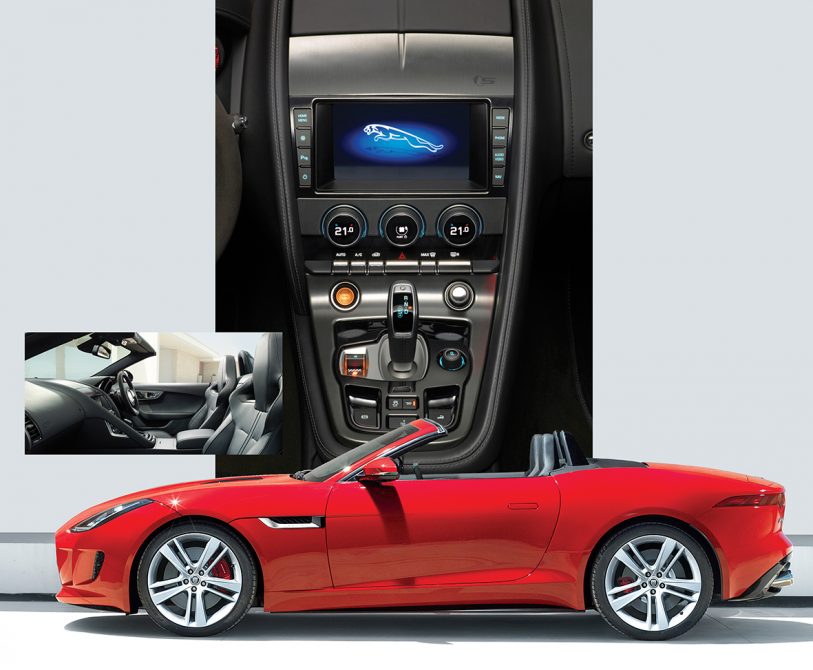