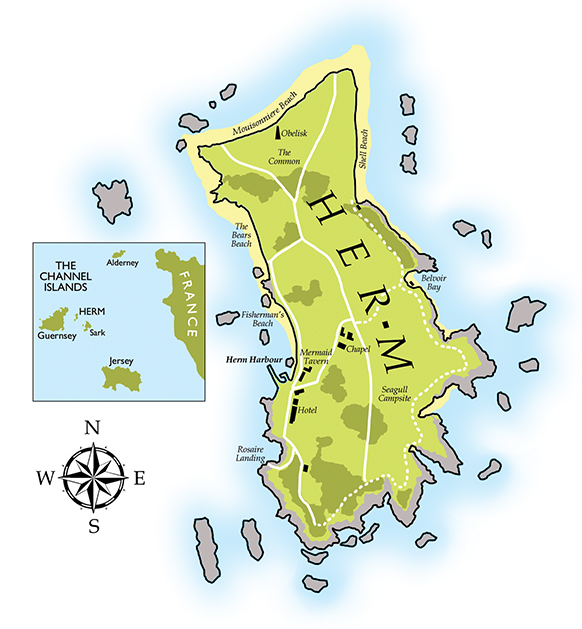 LIZ TOOK A LATE SUMMER HOLIDAY TO THE CHANNEL ISLANDS LAST YEAR TO EXPLORE GUERNSEY, HERM AND SARK. LAST MONTH LIZ TOLD OF HER VISIT TO GUERNSEY AND THIS MONTH WE DISCOVER HERM THROUGH HER CAMERA LENS

Hopping between the Channel Islands is easy. A twenty minute ferry ride from St Peter Port on Guernsey brings you to the unspoilt Island of Herm. Half a mile wide and a mile and a half in length, it has a population of about 50, which increases considerably during the summer months with over 1,000 visitors a day.

At the only hotel on the island, the country-style, family owned White House, there are no clocks on the wall, no television and no telephone in your room.

Jonathan Watson, Director of Hospitality of Herm Island Ltd took me on a walk around the Island’s rugged coastal path. We visited Shell Beach which is aptly named as it is made up entirely of minute fragments of shell that sparkle in the sunlight. We had the beach to ourselves save for one seabird and a couple of locals fishing for bass.

There are no cars on the island so all necessities are transported by tractor. As we continued on our walk Jonathan explained that with such a small population, almost everyone wore multiple caps when it came to their day jobs. He is no exception as I found out when we entered the 11th Century St Taugal’s Chapel.

Every Sunday morning he reads the lesson to the congregation of visitors and Islanders alike.

Wooden boxes of “hedge veg” can be found throughout the Islands, where locals sell surplus vegetables and homemade treats such as chutneys and jams. 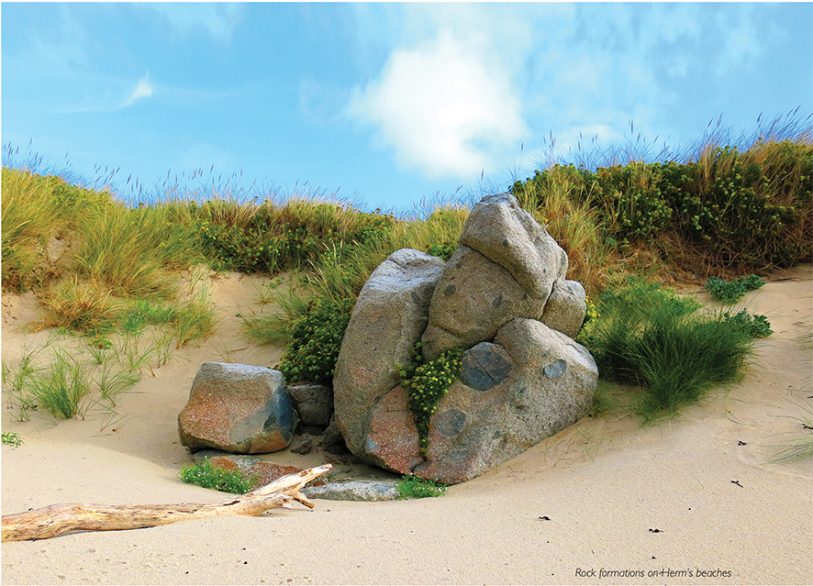 As the sun went down and the air became cooler I sought out the log fire in The Mermaid Tavern and spent the evening with Tom Jones. And before you think I had a wine too many, Tom is the manager but he speaks with a deep Glaswegian accent. We talked about the beer festival which he organises each summer which is held outside in the large courtyard. Of course Herm Island Gold is top of the ales. It is a light golden best bitter though he did admit that Welsh cider is very popular too.

Herm is the perfect holiday destination for families with its rock pools to explore and clear waters in which to paddle. When you step onto the island the demands of everyday life are left behind and you relax into the rhythm of this special place. 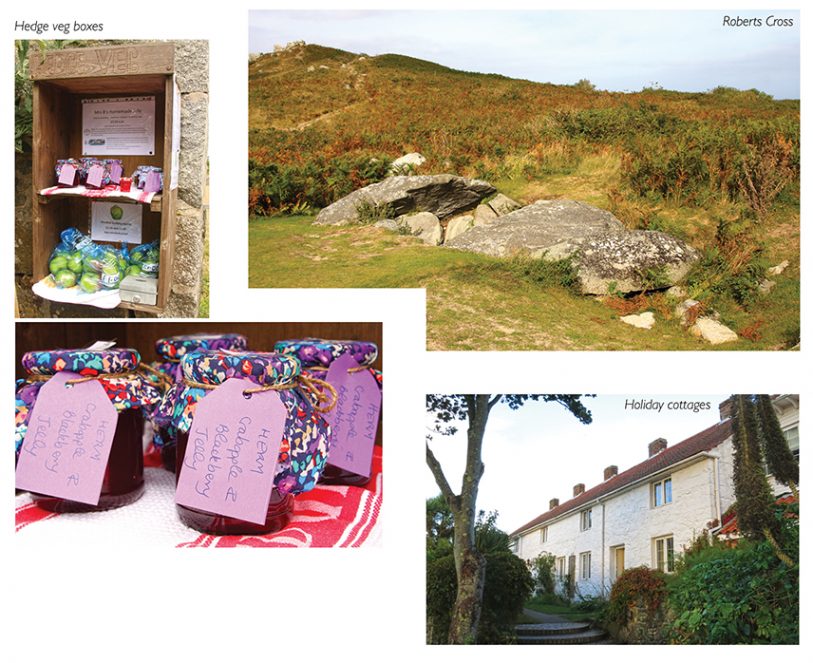 There is a kiosk on the quay with sailing times info which is also available at www.herm.com

Travel from Portsmouth to Guernsey by Condor Ferries: www.condorferries.co.uk

Latter is a great children’s guide to Herm Island, for further info piratesandprinces@hotmail.co.uk

Spend a few days at the luxurious White House Hotel on Herm Island.

This offer includes half board accommodation, dining in the hotel’s 2 rosette Conservatory Restaurant, return flights, taxi and ferry transfers in Guernsey.

In order to plan your escape, please E mail reservations@herm.com