Taking the long way to Llangollen 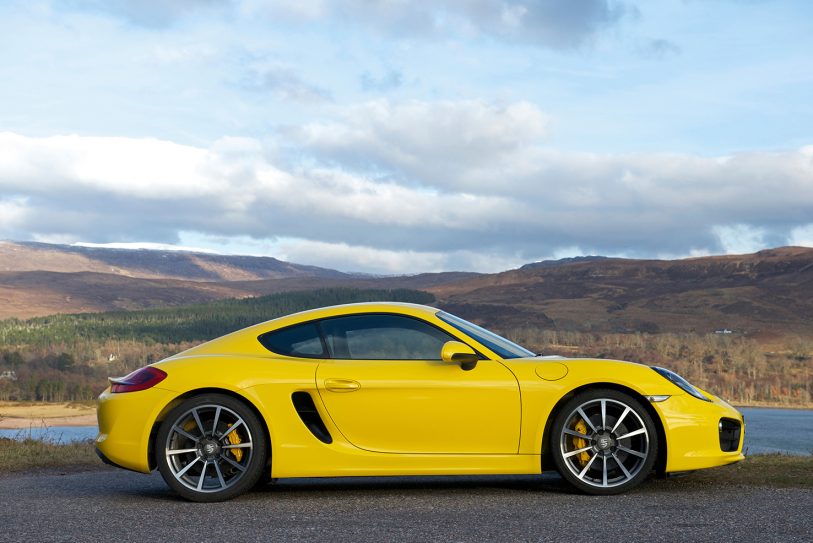 Last week could have turned out completely differently. Had it not been for certain long-standing commitments for which there was simply no way out, Tuesday would have seen me jetting off to Spain to sample Jaguar’s all new F-Type Coupe. A couple of nights in Barcelona’s Mandarin Oriental and the chance to blast around the Lleida Moto GP track would have cleared up my post-winter blues no-end.

Alternatively there was an invitation from Alfa Romeo. Would I like to try their new 4C on the Isle of Mann TT Circuit? – they asked. Well, of course I would. Needless to say the same somewhat altogether less attractive commitments put paid to that little excursion too. I kicked myself hard, very hard, but not for long…

Just before breakfast on the very same day as I could have been shuffling my bleary-eyed way through airport security, a rather nice man called Martin turned up in his lorry. After unloading a Porsche Cayman S and explaining that its handbrake was electric and to be found underneath the dashboard to the right of the steering wheel, he handed me the Cayman’s keys and told me he’d be back in seven days. The self flagellation stopped instantly. Here was a very definite sliver lining to what otherwise would have been my coupe-shaped cloud.

Now, I’m as guilty as the next man for sometimes having considered the previous generation Cayman to be little more than a hard-topped version of Porsche’s entry level Boxster. I was wrong; and even more-so when it comes to the new one. Yes, the Cayman does share the Boxster’s mid-engined architecture and, it goes without saying, more than a handful of its other componentry too, but these days it’s very much a car in its own right. Albeit perhaps, one engineered precisely so as not to steal the rear-engined icon that is the 911’s crown.

Wider, with a longer wheelbase, and lower than the car it replaces, the second generation Cayman is both lighter and more fuel efficient as well. How does a 32.1 mpg figure sound for a two-seater coupe capable of 175mph and 0-62 in 5 seconds flat?

It’s practical too. The Cayman, like the Boxster, has not one, but two boots: a deep trunk in the front that’s more than capable of swallowing a couple of large weekend bags, plus a shallower, wider one under the rear hatch that’ll easily handle a carry-on case and other such sundries.

Not that any such practicalities bothered me come Saturday morning. With nothing more pressing than a dinner invitation at friends and Welsh Motoring writing colleagues Carlton and Beth Boyce’s boutique B&B, I decided that taking the long way to Llangollen was the best way to enjoy the Cayman S’s company. Besides, I’d argue – with perhaps a little local(ish) – bias  that the roads around Nant Glyn and over the Horseshoe Pass would challenge motorcycle racers such McGuinness, Martin, Anstey, Hutchison…(the list is endless), equally as much as the Manx mountain ever could. Oh, if only Wales would host road racing…

The Cayman’s 3.4 litre flat-six erupts into life before settling into its guttural trademark metallic-sounding idle and first gear (just like the other five) slots home with the engineered precision Porsche are renowned for. Excellent visibility in all directions, beautifully progressive steering and perfect pedals weight, plus the motor’s relaxed character, means pootling out of town feels as easy as it is in a VW Golf.

Once out into in the mountains though, and with the dash’s centrally mounted rev-counter’s needle indicating over 4000rpm, that character changes. The exhaust note becomes a howl, the scenery blurs a little, and the S really comes alive.

With near perfect weight distribution, plus a chassis that even with the (optional) 20” rims fitted can’t be unsettled, the Cayman S not only rides impeccably, but it also resists roll. It’s capable of both flattering the novice (if you keep the PASM stability management system left on), or challenging the expert (when you switch the PASM off.)  The S’s mixture of near super-car performance and its near perfect balance makes you question why anyone pays three, or even four times the Cayman’s £48,793 starting price for certain machinery that, more often than not, quite simply, isn’t as good.

Mrs B and I paid our respects to Wales’s only F1 entrant Tom Pryce at his memorial in Ruthin, and by the time we reached our hosts at Geufron Hall dusk was falling.

It’ll probably be a while before I get the chance to sample either the Cayman S’s British or Italian rival, and the chances are I’ll be far closer to Barmouth than either Barcelona or Ballaugh Bridge when I do. Until then I’m convinced that the Cayman S is probably the best circa £50K sports coupe you can buy, and I wouldn’t be surprised if I maintain that thought even after sampling the F-Type Coupe and the Alfa Romeo 4C.

I took the short way home: A drive that strengthened my opinion of the Cayman S even further. 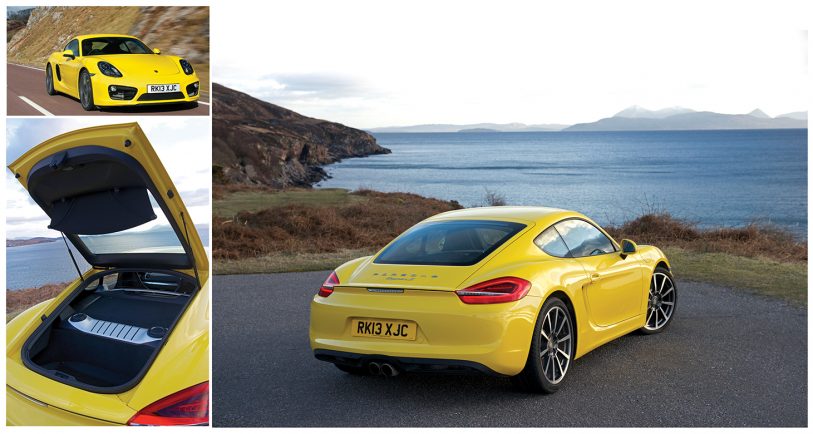