A Tor on Dartmoor

Look at that, isn’t it great! What, Where? There, look. We’re standing in the bar of the Plume of Feathers and there in front of us are 6 real ales on draught, I love mountain biking! Although this isn’t the reason we came to Dartmoor, it did lead to us staying another night. 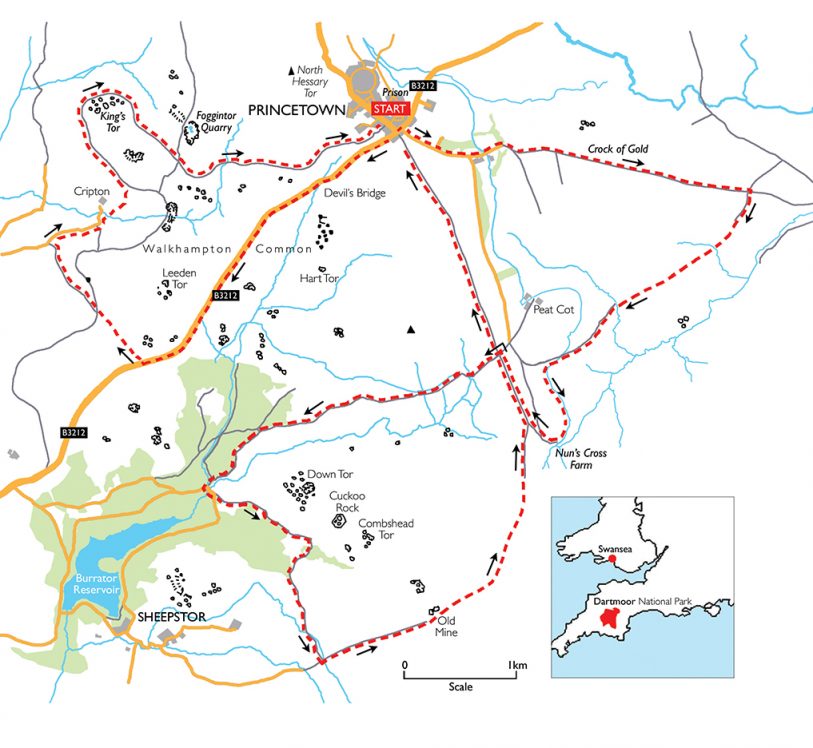 Dartmoor conjures up images of bleak windswept moors and wind driven rain soaked Tors, so why come to this desolate landscape? The beer aside, there’s a certain almost undefined beauty in open spaces and that is never more prevalent than on Dartmoor. It also feels remote and this gives an edge to the riding. If you’re out on the moor and the weather closes in, navigation can be difficult and there’s very little shelter. In reality though, despite the feeling that prevails, you’re never far from a road and escape.

There’s a significant industrial heritage to the area and the landscape is dotted with the remains of old tin mines, one of which apparently dates back 800 years. As with the mines of South Wales, some of the shafts extend out under the sea. Granite was also quarried extensively here and the old Foggintor quarry is a great place to explore. Opened in the early 1800’s, it was a substantial working with cottages, a chapel and even a school. Again similarities can be drawn here to the North Wales slate mines. The stone was principally used to build the prison and the local village, but as demand grew it was carried further afield, initially by pack horse then latterly by the Dartmoor railway.

The village of Princetown sits in the middle of Dartmoor and north of the village the land is used extensively by the military.

There is a quote which says something along the lines of to be shot at and missed is one of the most exhilarating things to happen to you. In the interests of self-preservation, I thought it best to stay away so this loop is all in the south. The riding here is not dissimilar to the Preselis, with open grassy tracks and the similar front wheel grabbing, somersault inducing bogs (will I ever learn?!). However the plethora of old mine tracks which are used extensively on this loop do provide good all weather riding. The riding itself isn’t technical and in no way particularly challenging but there are some great open sections and as I said earlier, it certainly feels a long way from anywhere. Dartmoor is renowned for its inclement weather but I was lucky and was blessed with cobalt blue skies, ambient temperatures and dry ground on 2 of the 3 days I rode there. 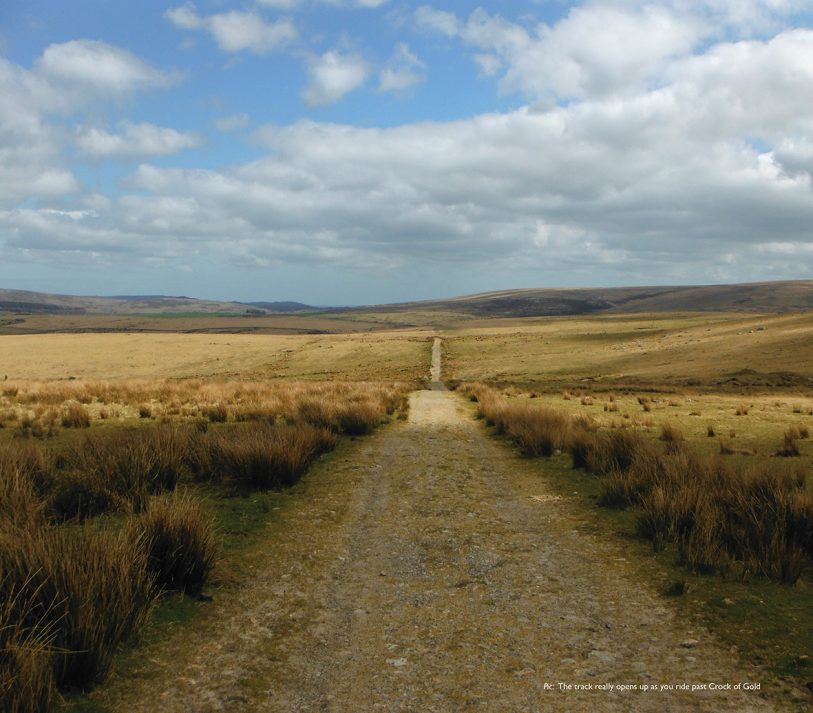 On to the route, it’s about 38km in length; if that’s too far or time is of the essence then I would recommend just riding one of the loops. The route around the quarry is shorter (13km) and less technical, but both offer good fast riding with some great views. Head south west out of Princetown on the B3212, this short stretch of tarmac provides a good warm up before turning off onto a grassy bridleway. Take care here as it’s easy to miss the bridleway junction and the track is initially quite vague, however it soon turns into a stony path and becomes easy to follow. It’s worth taking some time out along this section of the route to play around on the many small Tors and the singletrack in and around the quarry. There’s also a great pool to swim in.

Back in Princetown, again pick up the B3212, this time in the opposite direction for 100mts or so before turning right at the café onto an unmarked road. This is a good spot to break the ride and pop in for a coffee and some of the great cakes on offer. The staff are bike friendly and don’t seem to mind you standing there dripping wet and covered in mud. Suitably refreshed, head along the road for a short while before going out onto the moor.  From here, the ride starts to show its true character. These moorland tracks are great and you really feel as if you’re heading out into the great unknown. If the clouds are low and the wind is blowing, it’s not hard to imagine a headless horseman riding out of the mist towards you!

Initially the path is stony, but gradually deteriorates; keep an eye out for the track which takes you right heading up the hill, before you drop down to the old Whiteworks tin mine. A short distance on from the mine on your left, you’ll see a culvert; turn onto the path that runs alongside it and follow it around until you come to a small bridge and the path that takes you up to Nun’s Cross Farm. Good use was made of the abundant water on Dartmoor and you’ll see many of these culverts. They reminded me of Madeira without the tunnels and vertiginous drops. The old farm is now a bunkhouse and would be a great place to stay, although it appears there’s no vehicle access. The 4km plus descent down to Burrator Reservoir is an absolute blast. Not too steep but fast and stony, it’s certainly to be enjoyed.

After leaving Roughtor plantation near the reservoir, you need to head South on a bearing of 165 degrees for 1km towards a small plantation in which there’s a building. Though there is a track across the moor, it’s not marked on the map so it’s worth taking a bearing if you have a compass with you. If you don’t, follow the stream that flows into the corner of the woods, then keep going in the same direction until you pick up another stream which leads onto an obvious track. Once at the small woods, head North West on the old pack horse road which takes you back onto the moor and eventually towards Princetown.

As you crest the rise before the final descent, there in the distance is the infamous Jail. Built in the early 1800’s to house French prisoners of war, it really is a forbidding looking place and I’m sure if all prisons looked like this, the crime rate would fall overnight. There’s plenty of opportunities to practice your bunny hops over the drainage ditches on this final section and if you time it right a kind walker might even hold the gate for you.  Finish the ride at the pub, where it would be rude not to pop in and rehydrate!

Maps: I would recommend using the 1:25000 Explorer Map OL28 and it’s certainly worth taking a compass with you. 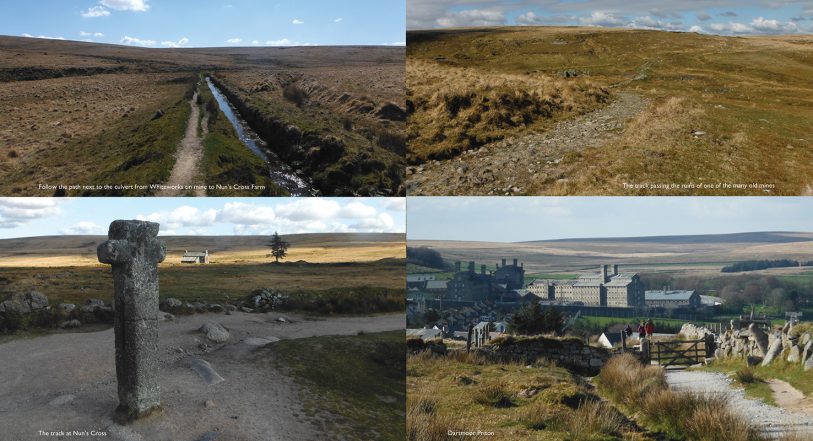