Well, with the surf drought still in full effect, a couple of mates and I hit the road again this month looking for our surfing fix. But, instead of heading west like last month, this time I pointed my little campervan north and we headed 300 miles up country to the beautiful coast of Cleveland and Scarborough! The east coast of the country faces the North Sea which is better known for its oil rigs than its classic surf. However, if you look hard enough, there are some stunning surf breaks nestled in and around the coves and fishing villages that pepper this rugged coastline.

There are no guarantees when searching for waves and you can come up empty handed as often as not, such is the fickle nature of surf forecasting. But, my efforts were well rewarded on this trip as I scored big, clean perfect surf for four days straight.

I surfed a couple of new sites which is always exciting and managed to catch the best spot on the coast on one of the finest days of the year! 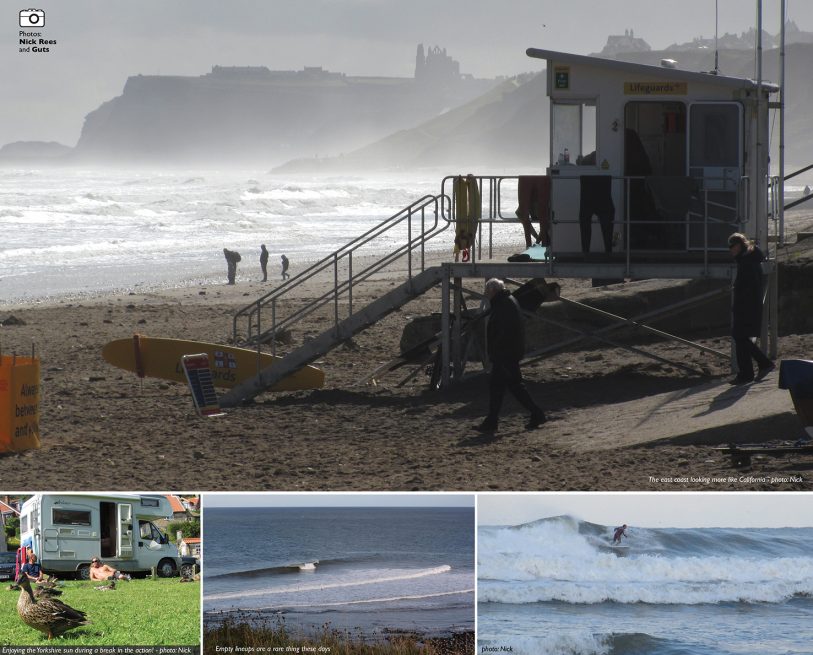 As the saying goes

“If you want to dance, you have to pay the band”

Well after surfing epic waves for four days, it turned out to be my turn to “pay the band”. My price was an unfortunate collision with my board during a pretty unspectacular wipe-out which left me with a very impressive black eye and a sore head! But you know what –

it was a small price to pay for the most epic of surf trips. 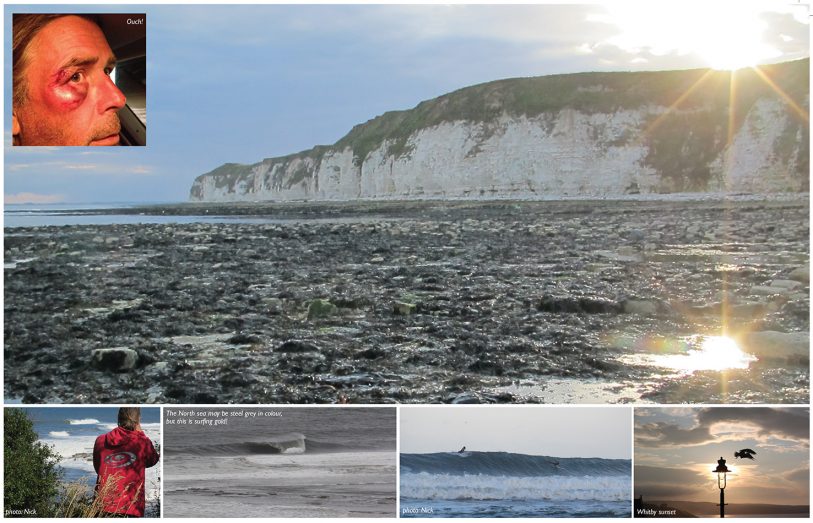