A Day (or three) at the Races

The 2014 Goodwood Revival and the Jaguar F-Type

Liam was faced with two dilemmas in September when he attended the Goodwood Revival in Chichester, one of which is not usually associated with a man – what to wear? And secondly, which car to take?

The Goodwood Revival takes place every year at the Goodwood Motor Circuit, formerly RAF Westhampnett, just north of Chichester, over the weekend closest to the 18th of September (the date the first motor-race was held there) and dressing appropriately for it requires a little thought. You see, all spectators, drivers, owners of the finest and rarest multi-million pound racing machinery, The Great, The Good, the Lords and the Ladies, and even the motor-noters like me, are positively encouraged to wear period clothing the likes of which would have been worn when Goodwood actively hosted championship motor-racing between 1948 – 1966. The truth is you stick-out like a 21st century sore-thumb if you don’t, and they won’t let you into the paddock in your jeans either!

Considering the revival as just a giant fancy-dress party is like calling the World Cup Final just a Sunday match. It’s simply not the place to don a nylon Elvis suit, or go as one of The Beatles (perish the thought!).  Nevertheless one should make an effort. Something in tweed, a tie, brogues, and slacks, or perhaps a proper, period military uniform for the gentleman; and for the ladies, who achieve a level of elegance so-long forgotten, vintage dresses are definitely derigueur. Male or female, everyone looks stunning – especially in the late summer sun that the good Lord March arranged especially for this year’s meeting.

For me of course there was another dilemma. What car should I take?

The truth is I’d worked that out long before my tickets arrived. Jaguar celebrated 60 years of the D-type this year at Goodwood, and even if they weren’t willing to lend me one of their now almost priceless 1950’s Le Mans winners – there’s precious little luggage space in one anyway – they were kind enough to lend me the new F-Type Coupe.

I’ll admit I was worried. I knew that the styling would fit right in; the F-type Coupe is the perfect take on a British Classic after all, that long bonnet, those curvaceous hips and that slim tail could just have easily come from D and E-type designer Malcolm Sayer rather than that of modern-day Jaguar design-chief Ian Callum. The lineage is so easy to see, and yet like the The Revival meeting itself, it never resorts to being “retro” in any way. However, having driven the soft-top version of the F-Type late last year I was all too aware of its Lilliputian boot-space; the convertible’s hard ride was also of concern.

The coupe thankfully feels like a different car. The boot’s over twice the size for a start, so packing in a weekend’s luggage for both this century and the last’s didn’t prove a problem. A cubby under the boot floor proved perfect for storing Rebecca’s camera-bag and associated paraphernalia, and it’s surprising just how much stuff you can store under that slinky rear hatch. Fortunate, as between us we’ve never grasped the concept of travelling light. Inside too, the larger glass area makes the coupe’s cabin somehow feel bigger and more airy, although over-the-shoulder visibility still isn’t the best.

With the tank brimmed, the Meridian hi-fi tuned, and the phones Blue-toothed, I soon discovered the heavier and almost 80% stiffer, coupe also rides better than I expected. The set-up is still best described as firm, and sunken manhole covers, trust me, are best avoided, but as a long distance mile-muncher – a grand tourer if you will – the F-Type coupe proves to be surprisingly comfortable. It’s also surprisingly quick, even in its most conservative 335 bhpV6 guise, 0-60 takes just a smidgen over 5 seconds.

Coincidentally (or perhaps not), that’s about the same as a D-Type! Or in the case of this year’s Revival, 30 D-types. That’s how many were gathered in the Goodwood paddock – the largest gathering of this aeronautically inspired icon in history – before they were raced by the likes of 5-time Le–Mans winner Derek Bell, 3-time Daytona winner Andy Wallace and even Jaguar’s original factory test-driver: the irrepressible 93 year old Norman Dewis

Other celebrations included 60 years of the Maserati 250F, the car that personified 1950’s F1 racing, complete with a period recreation of the pit lane at Monza, and 50 years since Ken Tyrell’s “discovery” of a little known Scot named Jackie Stewart – at this very track no less. And a both stunning and poignant tribute to the veterans of World War 2 in which no less than 100 ex-military vehicles took part in a parade that was applauded by all, as the world’s only two remaining air-worthy AVRO Lancaster bombers, a Spitfire and a Hurricane circled overhead. Brilliant just doesn’t begin to sum it up.

After three days of playing my part as an extra on what felt like a West Sussex film-set it was time to face the 21st century traffic again and point the F-type home. Time too, to ask myself whether or not, if I had sufficient means, I’d buy one.

After 500 miles at an average 36.7 mpg the truth is I’m still not sure; Porsche’s similarly priced Cayman S remains my circa £50k coupe of choice. It also shares its DNA with a host of legendary racers and its twin boots would provide me with more packing space too. Although, ask me tomorrow…..

One thing’s for certain though, I’m ordering my tickets for next year’s Goodwood Revival just as soon as I can.

Many thanks to Jaguar’s UK press office for the loan of their F-Type. Thanks also to Jamie, Gema and all at Goodwood 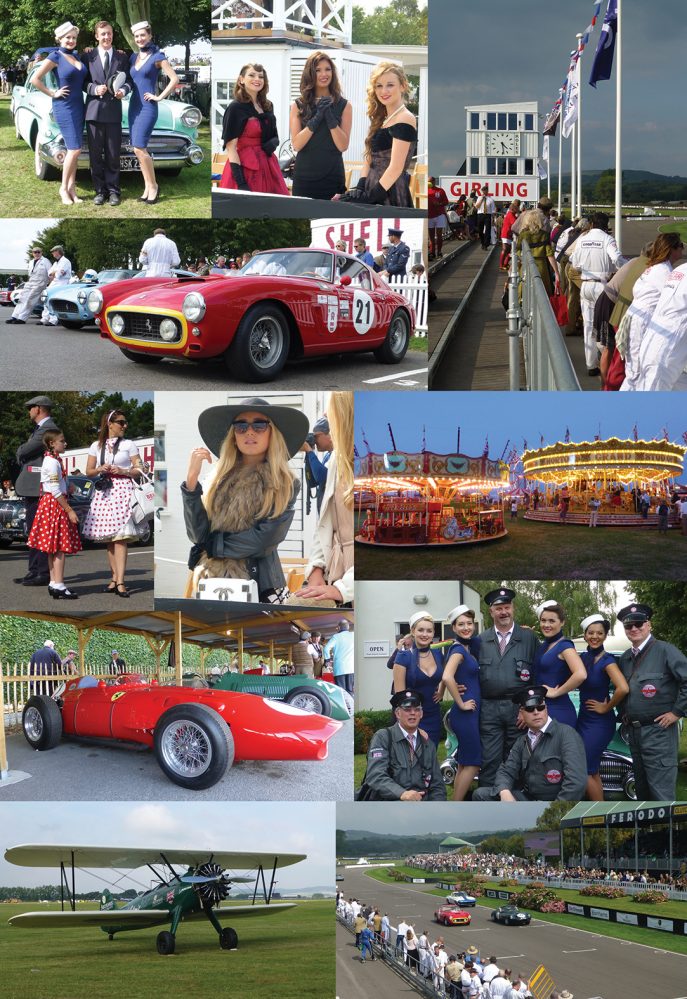 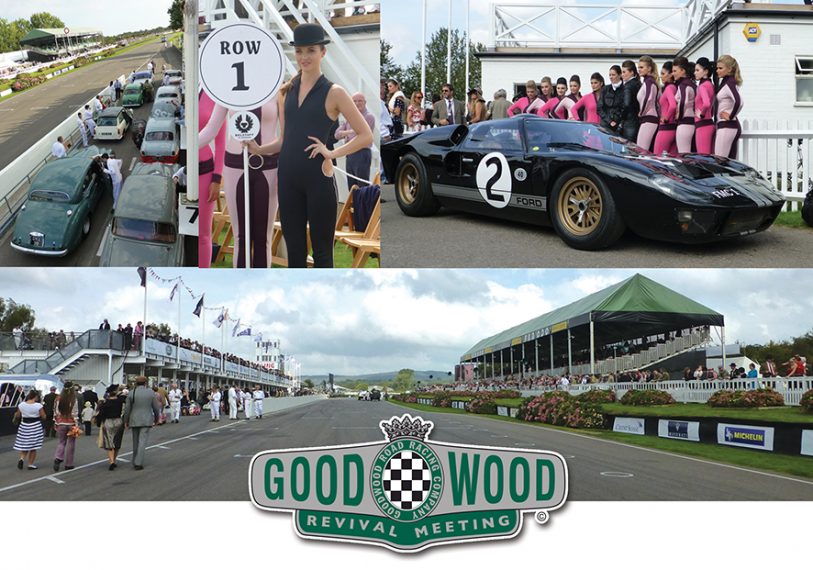 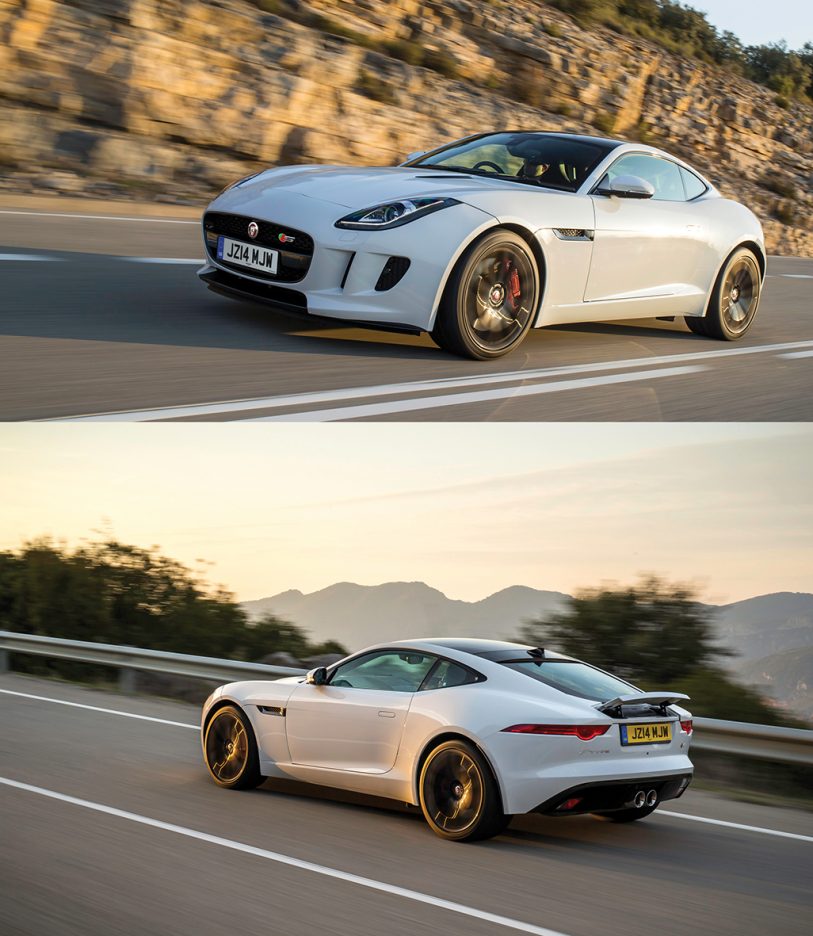 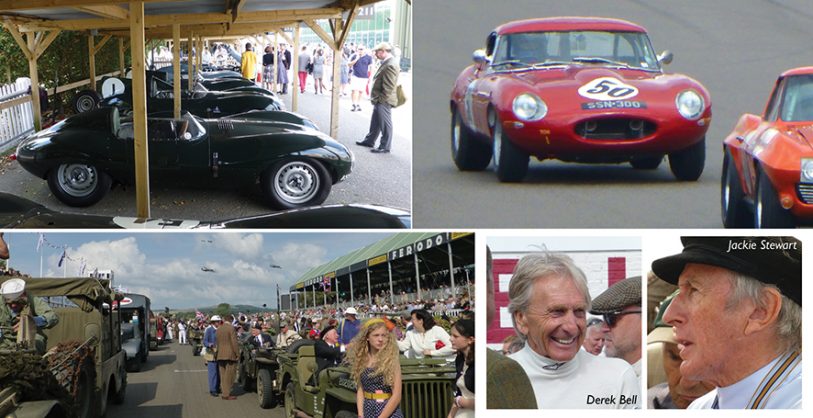