TheBAY’s motoring correspondent Liam Bird kicks off 2015 with a dream machine – the Ferrari 458 Spider. With a price tag just an incy wincy bit under a quarter of a million pounds, it won’t just be arachnophobes who find it scary 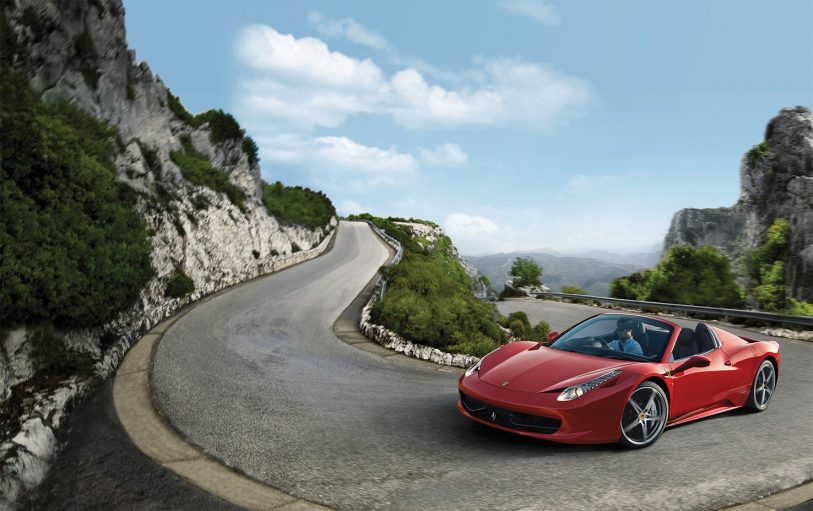 There are few invitations that would induce me to embark upon what is in effect a 600 mile round trip. But, for some people, or should I say some marques, I’ll readily make an exception.

By the time you get to read this the whopping great pothole that shut all three lanes of one side the M25, and thus caused major traffic delays for miles around it, will probably be a distant memory, as will the deluge that went some way to causing it. Nevertheless for me, that particular Friday afternoon will remain a memory that I’ll take to my grave. As what seemed like one half of London’s population got stuck making their way home, whilst the other embarked upon their weekly schlep towards their second homes in the Cotswolds, I embarked upon my own personal pilgrimage.

Finally, Ferrari had agreed to lend me a car – as long as I was prepared to pick it up and return it. After filling in and signing a ream of very legal-looking paperwork, Ferrari North Europe’s sole 458 Spider press demonstrator was mine – well, for a couple of days at least. The rain may have been best described as apocalyptic but 3 hours on the M40 plus another three hours back suddenly didn’t seem such a chore. Excited?  Who wouldn’t be. 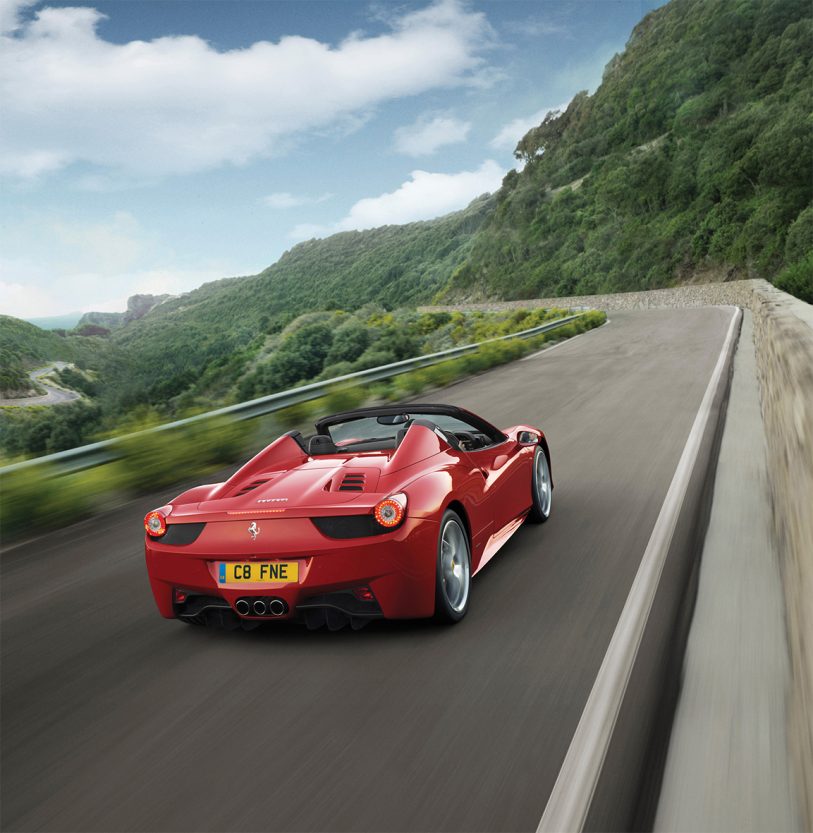 It’d taken more than a little nagging on my-part to get to this, allowing more than enough time for the cynic in me to prepare a few questions. Was there I wondered something to hide? Was the waiting just another way perhaps of further enhancing the mystique that surrounds this most evocative of brands? Was the 458, or indeed any Ferrari for that matter, really as good as everyone told me it was? Or were my pre-drive jitters just clouding my judgement?

After Jason Harris, Ferrari’s infectiously enthusiastic and impeccably dressed PR took me for what’s probably best described as a “spirited drive” up the M4 whilst simultaneously explaining all of the 458’s major and minor controls, we swapped seats.

No pressure, just Friday evening’s near grid-lock to contend with, a seven speed automatic gearbox, 562bhp, the ability to hit 125 mph in 10.8 seconds and cold carbon ceramic brakes. Also, there were the kerbside spectators; what felt like the whole of the south east either miming or shouting Fer-rar -i and taking pictures every time I stopped for a traffic-light. Plus, in the back of my mind, the constant reminder of this particular example of Ferrari’s 199mph Pininfarina-penned projectile’s price tag: just shy of £245,000. 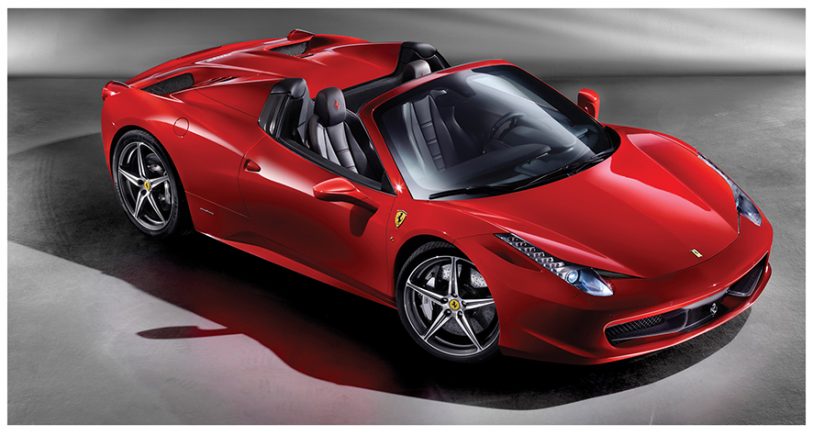 For the record, 458s start at a £198,971. But, that includes 7 years’ worth of servicing and maintenance: no other manufacturer currently offers a similar package. Compared to the cost of running an Audi R8 over the same period of time – which, trust me, is no where near as exciting as you might imagine- it’s actually quite a bargain (all things being relative of course). I’ll let you do the maths.

On that first drive, the 458 couldn’t have been less intimidating. The driving position is perfect, the view out practically panoramic; even the view rearwards is good. With the 458’s heavily sculpted and multi-buttoned steering wheel (there are no column stalks: horn wipers, indicators, dip/main-beam and, let’s not forget performance altering Manettino switch, are all wheel-mounted) pulled-in close, and the low set seat set just-so, the 458 proves extremely comfortable. The front wing-tops are easily visible and help you place it with precision.

It’s sharp, razor sharp in fact, the steering and throttle I’m sure respond to telepathy, yet its magnetic dampers (SCM) mean it rides with a finesse you simply don’t expect a Ferrari, or indeed any two-seater for that matter, to have. Once clear of the traffic the drive home from Slough to the Welsh Marches was sublime.

Part of me didn’t want to say that. The truth is I wanted to find a chink in the Ferrari armour; I wanted to explode the myth. After waiting this long to get my hands on a product of Maranello, strangely, I wanted to be disappointed, just so I could tell that critic in me he was right all along.

I couldn’t. Over the next two days, on roads I’ve known all my life, the 458 both challenged and flattered me. Its acceleration is mind-blowing, its grip levels astonishing and the noise it makes is the stuff of teenage boy’s dreams. Roof up it’s the perfect coupe. Roof-down – the aluminium hard-top performs it electronic folding ballet in just 14 seconds – it’s the ultimate look-at-me roadster. Nothing I’ve ever driven before has felt quite so good, so precise, so fit for purpose and so all-encompassing. The 458 makes you wish you were a better driver. It’s as simple as that.

Should Ferrari ever be kind enough to invite me back, come hell or high water, or even another hole in the M25, I’ll be there like a shot.

Many thanks to everyone concerned at Ferrari for the loan of their 458 Spider www.liam-bird.com      @bird_liam