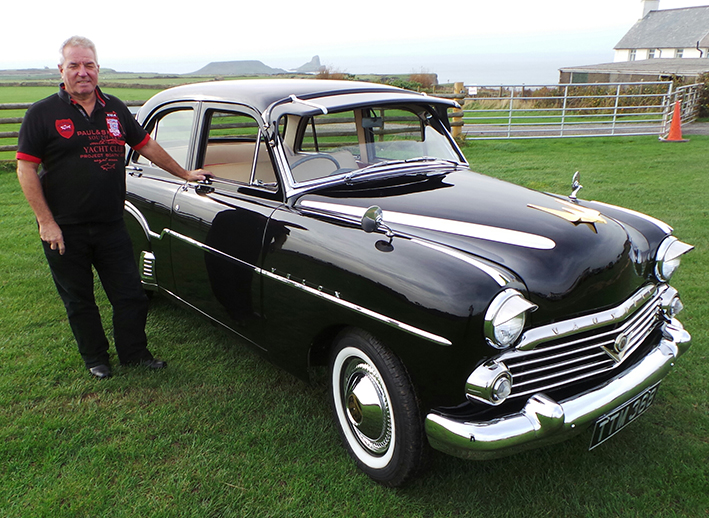 Kevin Harris first came across a Vauxhall Velox at the age of 7 when his uncle who owned one used to take him out for trips. The years passed and Kevin bought his first car, an oval window VW Beetle.

Kevin always said he would own a Vauxhall Velox, and he did briefly in the 80s but for various reasons had to sell the car.

Fast forward a number of years and Kevin then decided the time was right for him to own another one. This was easier said than done and a three year search began. After seeing some poor cars he finally found what he wanted. The car was advertised on EBAY by a seller from Leicester and after days of watching and bidding he was the lucky winner.

Within days Kevin had his 1957 Vauxhall which had originally been registered as TTM 368 in Oxford and then went on to spend 42 years locked up in a garage. The car was now re registered 886 YUK and was in quite nice condition apart from the interior which needed reupholstering. The car was one of the last five off the production line in Luton, Bedfordshire. It is fitted with a 6 cylinder petrol engine with 3 speed column change.

Kevin really wanted the original number plate back on the car but without proof the DVLA could not help. While Kevin was taking the back seat out of the car he came across an old tax disc which was just the proof he needed to obtain the original number.

The car has won two best in class awards at local events and after seeing and travelling in the car myself, it is clear to see that Kevin has found himself a car to be proud of. 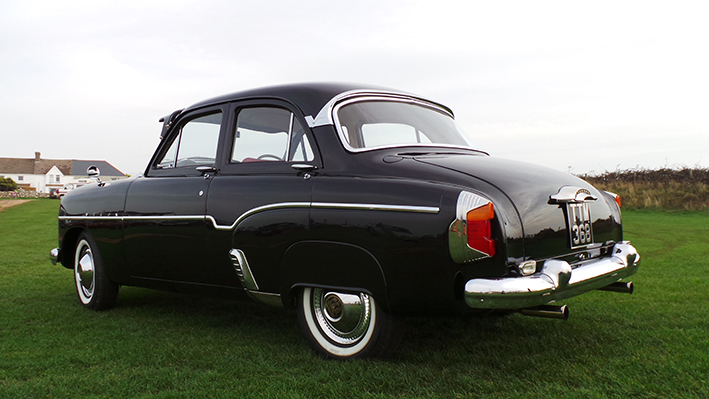