The beauty and pain of the Balkans

ROBIN D’ARCY, managing director of Bay Estate and Letting Agency travelled to the Balkans late last year. This trip was quite tame in comparison with his usual adventure and action packed holidays, but he still managed to have a close encounter with the wildlife

“Do you have pain, Mr Robin?” A burly, Slavic nurse was digging sea urchin spines out of my foot with a needle so the answer, of course, was yes. “No, it’s fine”, I replied with British stoicism, as if I was having a reflexology massage rather than invasive, marine animal extraction. In truth, the experience was probably far more painful for the nurse who had a close-up of my feet.

Without doubt, treading on a sea urchin is up there in the hierarchy of embarrassing injuries. It’s more or less the aquatic equivalent of stepping outside your front door in the early hours of the morning onto a hedgehog. So, I’m told. 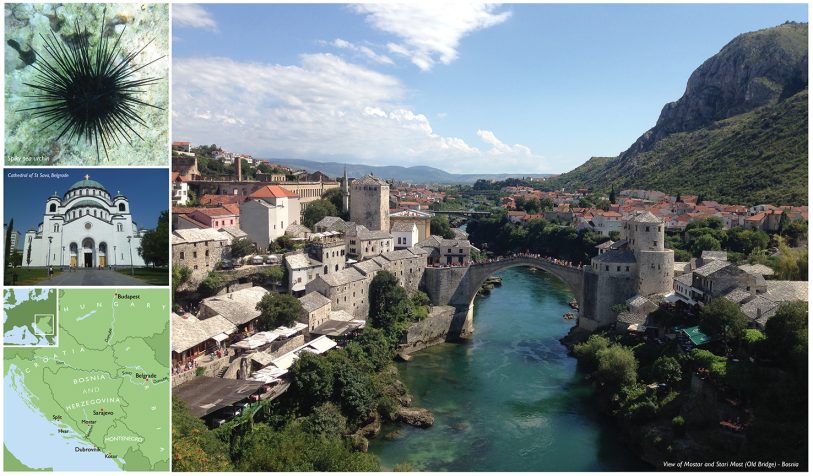 I have no first-hand experience of this and I don’t want to tempt fate.

As I winced, lying prone at a medical centre on the island of Hvar in Croatia, I did have ample opportunity to reflect on a journey through the Balkans that began two weeks earlier in Hungary. Much of which had been far less painful.

If you switched on your radio at all last summer, you couldn’t fail to have heard George Ezra’s chart-topping song, Budapest. It turns out that despite the Hungarian capital’s apparent inspiration for his breakout single, he’d never actually been to the city. Rather, while backpacking through Europe, he got drunk with some girls in Sweden and missed his train. I, at least, did make it to Budapest. Barely. Although, my reasons were slightly less rock ‘n’ roll – a delay to a certain tangerine coloured budget airline and a shuttle bus that failed to show up. I tend to suspect that these were George’s reasons too. He’s sticking to his guns though.

Despite only half a day in Budapest, I could see immediately that it was certainly worthy of a song. Straddling the Danube River, with the Buda Hills to the west and the Great Plain to the east, Budapest is a gem of a city. However, before you could say, “goulash”, I was at the station ready to board a train to Serbia.

The train could have come straight from the pages of an Agatha Christie novel with each carriage containing rows of cabins. Having said that, I can’t imagine Hercule Poirot fidgeting for leg space or elbowing beardy backpackers for rights to the arm-rest.

Apparently a ticket doesn’t even guarantee you a seat as our poky cabin had already been hijacked by a group of students and more were squeezing in by the minute. Not only were they chancing the trip without tickets but were laden with orchestral instruments. You’d be hard pushed to imagine more inconvenient luggage on a cramped train

(I was waiting for the inevitable commuter with surfboard to arrive). Eventually, a ticket inspector helped usher the Hungarian Philharmonic out the door and we were free to reclaim our seats. Not before I was clocked around the head by a wayward violin case.

It’s clichéd but, personally, I enjoy the travelling and the voyage is often as memorable as the destination. Thirty degree heat notwithstanding, gazing out the window with a beer, as beautiful countryside sped past was just enough of a reminder that I was on holiday. The delayed journey and rail replacement bus service due to engineering fault, just enough a reminder of home. 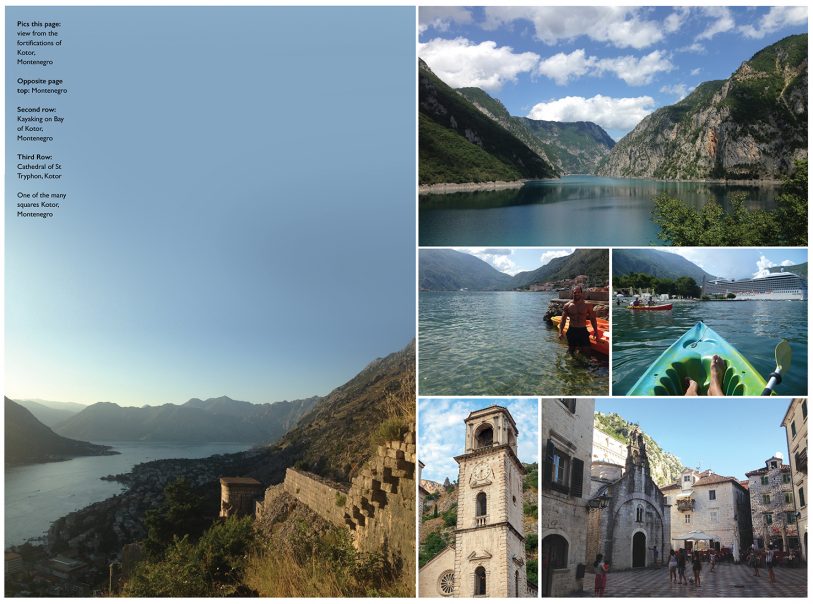 Tired and hungry, we reached the Serbian capital of Belgrade after nine hours and it wasn’t long before we were tucking in to the national dish of Ćevapi at an open-air street café. Common in much of the Balkans, this is a type of minced meat kebab which is usually served in five to ten pieces on flatbread with onions and other garnishes. Tasty and unlike the regular kebab, this was socially acceptable to eat sober.

The next day was spent exploring the ‘White City’ of Belgrade. Perhaps not a beautiful city in the mold of Budapest but certainly an interesting one. Emerging as a tourist destination from a turbulent past (parts of the city remain scarred from the NATO bombing in 1999),

Belgrade appears to be a muddle of grandiose buildings and ugly Soviet-style concrete blocks but also interspersed with some real charm.

We visited the Kalemegdan, a former fortress and now a central park, which overlooks the confluence of Sava and Danube rivers. In true tourist fashion we hopped on an open-topped bus for a whistle stop tour of the city, passing Republic Square, National Museum and Tito’s mausoleum. We were told that Tito, the first president of Yugoslavia, had made it a tradition for a relay baton to be passed through the country, starting from his birth town and finishing in Belgrade on his official birthday. Well, who doesn’t like a game of pass the parcel on their birthday? 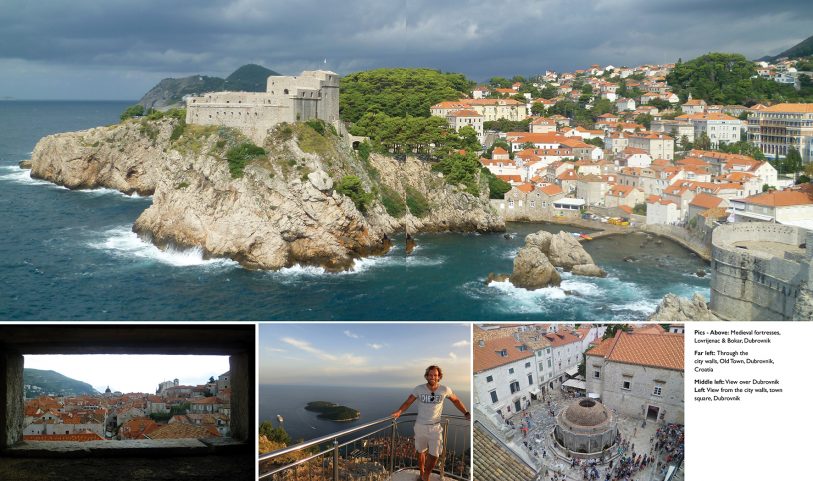 Our time in Belgrade came to an end in the manner in which it began with food and drink in the bohemian quarter of Skadarska. This is a cobbled street full of restaurants, where most diners seemed to be flanked by troupes of street performers and musicians. So that’s where our friends from the train had ended up.

Next up, I was Bosnia bound. Like me after a dose of post sea urchin pain-killers, Sarajevo is best described as sleepy and laid back. It’s a beautiful, vibrant city of stone-flagged alleys, countless red-roofed houses and minarets, surrounded by steep, green valley sides.

It’s hard to imagine that Sarajevo had been on the edge of annihilation a mere twenty years earlier. Although, physically recovered from the Yugoslav Wars of 1992 to 1995 for the most part, Sarajevo still bears the scars. Every so often you will see a wall, pock-marked by bullets or the skeleton of a bomb-hit building which act as stark reminders.

A visit to the “Tunnel of Life”, a passageway constructed during the Siege of Sarajevo in the midst of the Bosnian War in 1993, was especially humbling. It was built by the Bosnian Army in order to link the city, which was entirely cut-off by Serbian forces, with Bosnian-held territory on the other side of the Sarajevo Airport, an area controlled by the United Nations. The tunnel allowed food, war supplies, and humanitarian aid to come into the city, and people to escape.

It’s a city of enormous historical significance. A simple plaque on an ordinary looking street marks the spot where the Archduke of the Austrian Hungarian Empire, Franz Ferdinand, was killed by a Serbian assassin. It would light the blue touch paper for the events leading to World War I.

One of the highlights of my trip was a visit to Mostar, a few hours from Sarajevo and a city famous for a beautiful Ottoman-style bridge, spanning the Neretva river. Tourists gather around whilst proessional divers drum up tips, readying for a 22m plunge into the river below. Naturally, I wanted a go but that may have had something to do with the Red Bull flavoured gelato ice cream which I felt compelled to try from one of the street vendors.

Horrible, in case you were wondering. 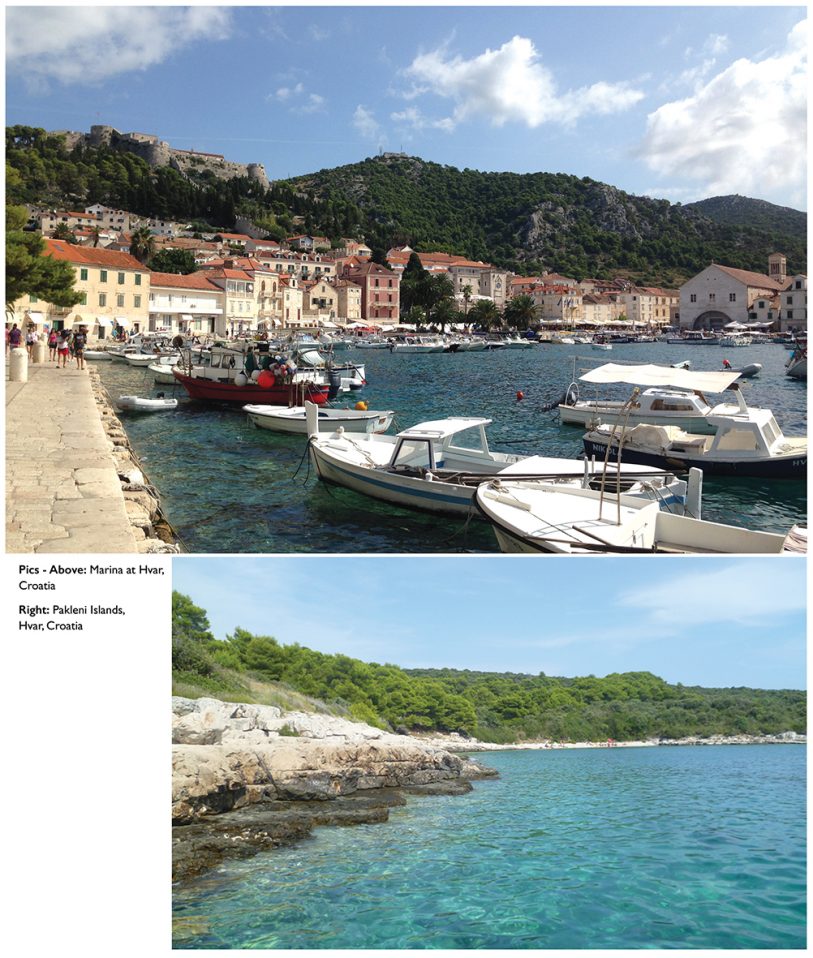 As we crossed into Montenegro, next on the itinerary was the Bay of Kotor, a stunning UNESCO World Heritage site on the Adriatic Sea and often described as the Mediterranean’s only fjord. The bay is surrounded by steep mountains which are perfect for hiking. Unfortunately, I wasn’t able to do any on this occasion. It was snake season and apparently there was likely to be one every three metres up in the mountains. Those odds were a bit too high, even for the Indiana Jones in me. Instead, I took to the bay for a spot of sea kayaking (more Harrison Fjord than Harrison Ford).

I’m actually pretty good at kayaking but any skill is entirely nullified by a non-existent sense of direction, a flaw which almost saw me drift into the path of one of the many cruise liners turning up at Kotor. I was much safer and less likely to cause an international incident, sipping coffee and eating Baklava cake at one of the many street cafes in the town.

Thankfully, it was by bus rather than kayak that I reached Croatia and Dubrovnik was the first stop. Lord Byron referred to this seaport as ‘the pearl of the Adriatic” and this is no over-statement. The Old Town is curtained within 2km of city wall. You are able to walk this and gaze down on marble streets, baroque buildings and a mix of cafés, shops and restaurants below. Parts of the city have been used for the filming of the TV show, Game of Thrones. Although, unlike the fictional Westeros (every time I tune in a major character is bumped off), Dubrovnik is one of the safest cities in Europe.

After so much travelling, there is no better place to conclude a trip than Hvar. A short ferry ride away from Croatia’s second largest city of Split, it is truly an island paradise. Below the ragged mountains, the medieval streets of Hvar are bustling with restaurants and a vibrant nightlife. Dotted around the peninsula are secluded coves and, although there is no sand, there are plenty of rocky beaches where the water is as clear as gin. Rather aptly, when walking bare-footed across the rocks, you can even look slightly gin-addled coming out of the water. Just watch where you tread.

Take it from me, there are more urchins than a production of Oliver Twist.

For many, the word Balkans has become synonymous with ethnic strife and civil wars due to the headlines during much of the nineties. Unfortunately there is some truth to this perception. Perhaps, the sea urchin imagery sums it up perfectly. On the surface there is a rich, unrivalled beauty; charming multicultural towns, impressive architecture and citadels dotting the hillsides, mountains and picturesque beaches. Beneath there is also a spiky realisation that the region has come through war and suffered atrocity and political instability. There is both a joy and a melancholy but this made for one of the most interesting and well-rounded trips I have ever been on.