One of the first medicinal herbs to reappear after the cold winter months is the stinging nettle. With its reputation for invading gardens and causing misery to the incautious as a result of its painful sting, this unsung hero of the hedgerow doesn’t receive the warmest of welcomes. 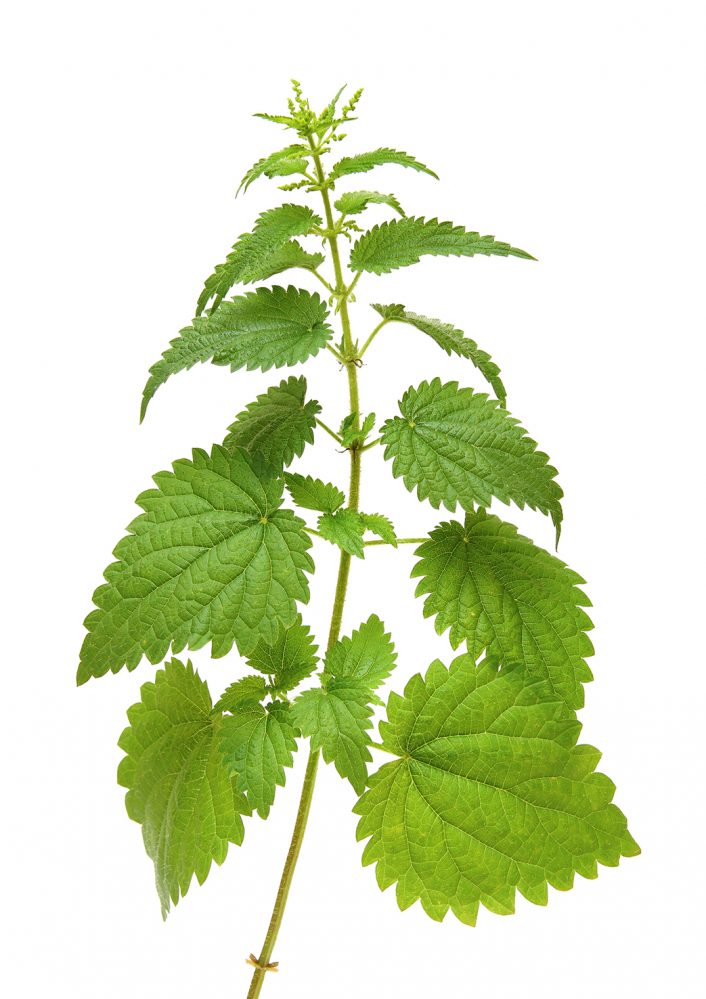 The Romans introduced the Nettle to Britain as they used it to flog them-selves to keep their circulation stimulated for warmth during long marches in our colder and wetter climate.

The plant is highly nutritious, packed with vitamins and minerals, most notably high in calcium (1 cup of cooked nettles contains 42% of the Recommended Daily Value of calcium) with a good proportion of magnesium (necessary for the uptake

of calcium) as well as being a valuable source of vitamins A, C and iron. It seems that this plant may have more to offer than its venom.

Anti-inflammatory. Nettle is a useful herb for allergies such as allergic rhinitis (including hay-fever), asthma and eczema.

Diuretic, encouraging the excretion of uric acid from the body.

ALLERGIC EPIDEMIC – STARTED IN THE GUT?

Each year the number of allergy sufferers in the UK increases by 5% and it is estimated that 21 million adults suffer from at least one allergy.

The immune system is designed to attack and eliminate invading foreign particles that may cause damage to the body. However, in the case of allergy, the immune reaction is hyper-sensitised, responding strongly to substances that are commonly innocuous.

Studies have indicated an association between the gut microbiota composition (also known as gut flora) and allergic symptoms. The gastrointestinal immune system is the largest immune organ of the human body and the microbiota plays a key role in its development.

It has been observed that in infants, allergic reactions to food occur frequently prior to other allergy symptoms such as atopic eczema.

The use of antibiotics early in life has also been associated with the appearance of allergies later on.

The mechanism by which the microbiota affects the immune system is not fully understood. Recent work suggests that soluble factors that are produced by the microbiota can move from the gut into the bloodstream and activate other immune cells. Other theories have suggested that the growth of dysbiotic bacteria results in inflammation of the intestinal membrane, causing it to become more permeable. Toxic substances can then pass into the bloodstream and initiate a widespread immune response.

From experience, at The Herbal Clinic we find that establishing healthy digestive function is key to resolving allergies, but this is not the whole picture. Each individual’s approach to the world around them has a bearing on their happiness, health and disease. Sometimes the most significant changes occur when outlook is shifted, allowing healing and resolution to occur.

Growth of harmful species of bacteria and yeasts

Inflammation and damage to wall of the gut

Nettles are one of the most well-known and easily recognised wild herbs; we quickly learn to avoid them during childhood. There are still a few plants that look similar, such as the white dead nettle, so if unsure carry an identification book with you.

Nettles should be picked using gardening gloves in the spring before they flower. Choose a trusted source where you know they haven’t been sprayed with herbicides and avoid well-trodden dog walking areas to prevent contamination.

If you don’t have a juicer try using the fresh leaves to make a tea or a soup. You can find recipes for these on The Herbal Clinic website. 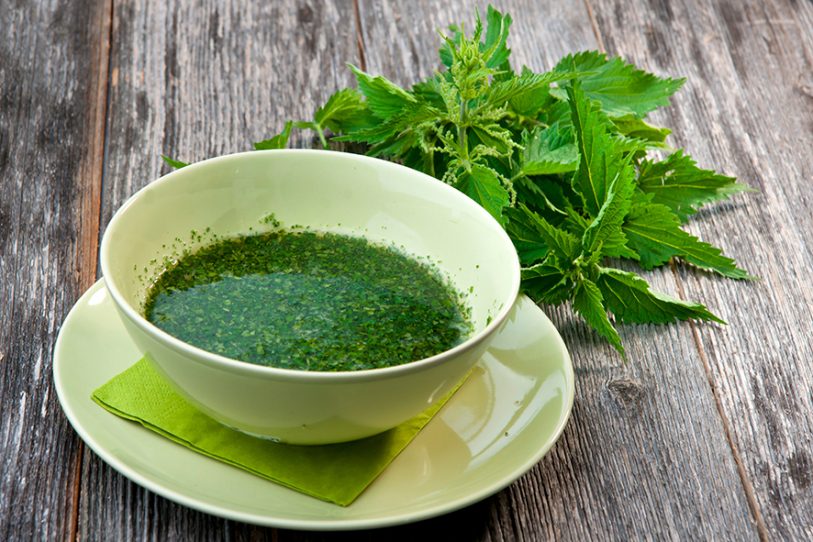