Zoologist, Dr ISABELLA BREY has another insect for us this month, 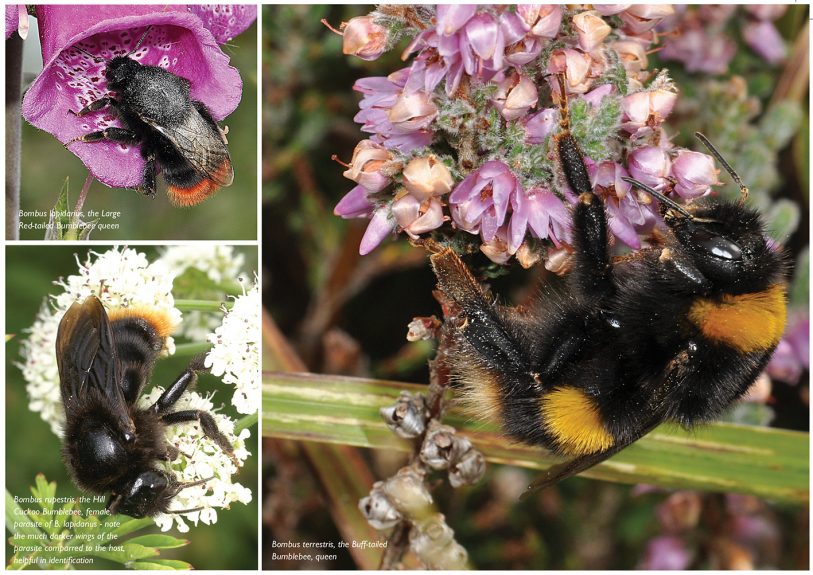 Nurseries and Hostile Takeovers, right under our very feet

March is the month in which the queens of many of the 19 British social bumblebee species emerge from hibernation. They will have spent the last few months alone in a little cavity at the end of a tunnel as much as 10 cm deep. This they would have dug for themselves in the autumn, usually in a north facing bank where the temperature would have remained steady throughout the winter and where there would not have been any risk of flooding.

Now they are on a mission. First they need to find food – namely sugary nectar – as a matter of urgency to regain their strength as quickly as possible. Then they immediately start looking for a nice little space in which to found their colonies. All native British bumblebee species nest on or near the ground, for example in abandoned rodent burrows. Good quality nesting sites are few and far between and, as the saying goes, the early bee gets the best burrow, so time is of the essence. Once a queen has secured a spot, she starts to gather pollen and nectar which she will need to rear her first brood. In the nest, she secretes wax from between her abdominal plates and shapes a cup-like structure to hold the nectar and a mound-like structure to hold the pollen and, later, her eggs.

Once the eggs are laid, they need to be incubated at 30°C for several days before the larvae hatch. In order to achieve this, the queen is able to uncouple her flight muscles from her wings, allowing her to move her muscles while producing only heat. This heat is then transferred from the thorax to a hairless brood patch on the underside of her abdomen which she uses to warm her eggs and, later, her developing brood. This process requires vast amounts of energy. Initially she does no leave the nest and uses the nectar stored in her honey pot. However, this supply does not last for more than the first few, most critical, days. Afterwards, the queen has to make frequent short foraging trips to top up her reserves. If she stays away too long she risks damage to her brood by chilling, if she does not forage for long enough, she herself may perish. 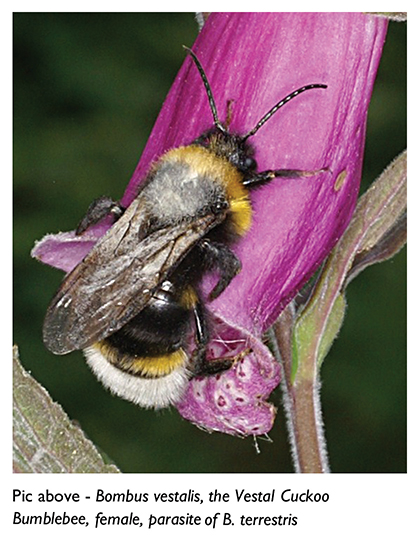 This is the most critical time in a bumblebee’s life, and many queens do not make it through this crucial period. In addition, predators make life even more perilous for the hard-working queens. Great tits and robins in particular welcome big juicy queen bumblebee flight muscles after their more meagre winter fare, and dead queens with their thorax pecked open are a frequent sight at this time of year. If a queen successfully manages to run the gauntlet for about two weeks, her larvae will be ready to pupate. Having reached this stage, in theory, her life is set to take a rapid turn for the better, as shortly her first generation of workers will be ready to take over her chores and she will be provided for, free to concentrate on laying eggs and ruling her colony throughout the summer, culminating in the production of a new generation of drones and queens at the end of the season.

However, as so often in life, in practice things are not always quite as easy as this because exactly at this time, female cuckoo bumblebees emerge from hibernation. Cuckoo bumblebees, of which there are six British species, look very similar to social bumblebees, but they never have pollen baskets on their hind legs, they do not have gaps between their abdominal plates from which to produce wax, making their body armour much stronger than that of social bumblebees, and they have longer stings, which they will soon have to bring into action. Once they have had a good meal, they start looking for nests of their host species. Each cuckoo bumblebee species has only one particular, or at most a small handful of closely related, host species, which they often resemble physically. The photos illustrate this often remarkable resemblance between the social species and its parasite. Once a cuckoo bumblebee female has located a suitable host nest, she either sneaks inside and hides among the nest debris for a few days to take on the colony scent before starting her takeover to lessen subsequent resistance from the workers, or she wanders straight in and kills the resident queen outright. Despite putting up brave resistance, the queen usually does not stand a chance against the cuckoo female with her

superior armour and longer sting. Very occasionally, nests have been observed in which the resident queen and the cuckoo female co-existed for longer periods of time, but as a general rule the cuckoo female takes over the nest completely and then starts laying her own eggs, with the original workers rearing her offspring for her. None of the cuckoo bumblebee’s offspring turn into workers, they are all either male or female. These individuals are destined to mate in the summer, and the fertilised female cuckoo bumblebees survive the winter to repeat their, compared to the social counterparts rather more leisurely, lifecycle again the following spring.

So, no matter whether social or cuckoo, if you see a big bumblebee buzzing around early in the year, you can be sure that it is not just a bumblebee you are seeing, it is a woman on a mission!

His latest bestseller A comprehensive guide to Insects of Britain & Ireland (Pisces, 2014) covers more than 2100 species and has been reprinted in 2015: www.naturebureau.co.uk/bookshop/a-comprehensive-guide-to-insects-of-britain-and-ireland-detail