This month Kim heads off to the Brecon Beacons to cycle one of his favourite routes. It has some great views and if you’re lucky you might sight a red kite or a buzzard 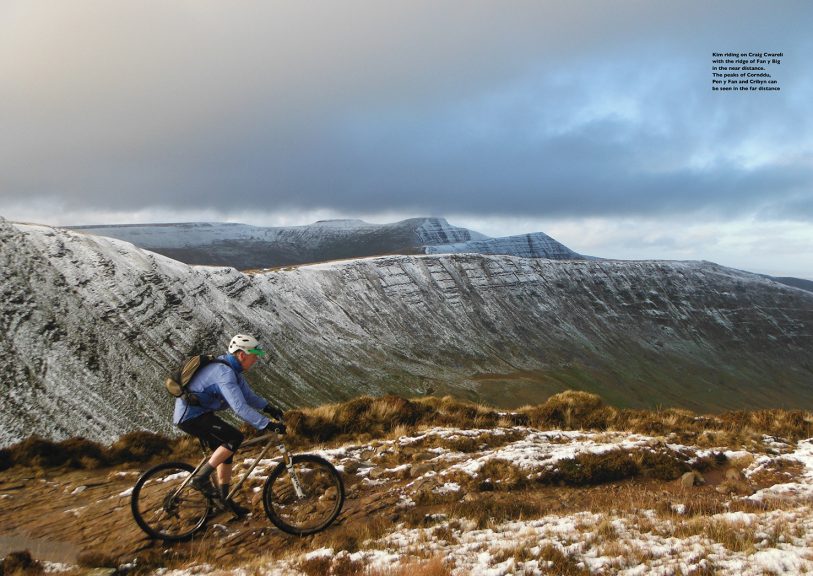 If you mention the Brecon Beacons and mountain biking, it is usually The Gap route that comes to mind. This iconic loop often regarded as a classic was one of the first ‘out there’ rides to appear in the magazines, but that aside, there is an awful lot more riding here to suit all levels and abilities.

Brecon Beacons tourism has put a lot of energy (and expenditure) into promoting biking within the park and has introduced many marked trails. It has been astute enough not only to realise the popularity of the sport but also the contribution it makes to the tourism economy of South Wales. Unfortunately this has led to the sanitisation of some of the old tracks and whilst I empathise with the need to make the outdoors more accessible, surely the open spaces should be left alone? After all, aren’t the elements of risk and danger part of the appeal of riding a bike in the hills? The trail centres do an excellent job of providing fun way-marked trails with the added security that a purpose built trail gives; but a balance needs to be found and everybody should work towards this. Fortunately, as yet, there is no legislation against risk! 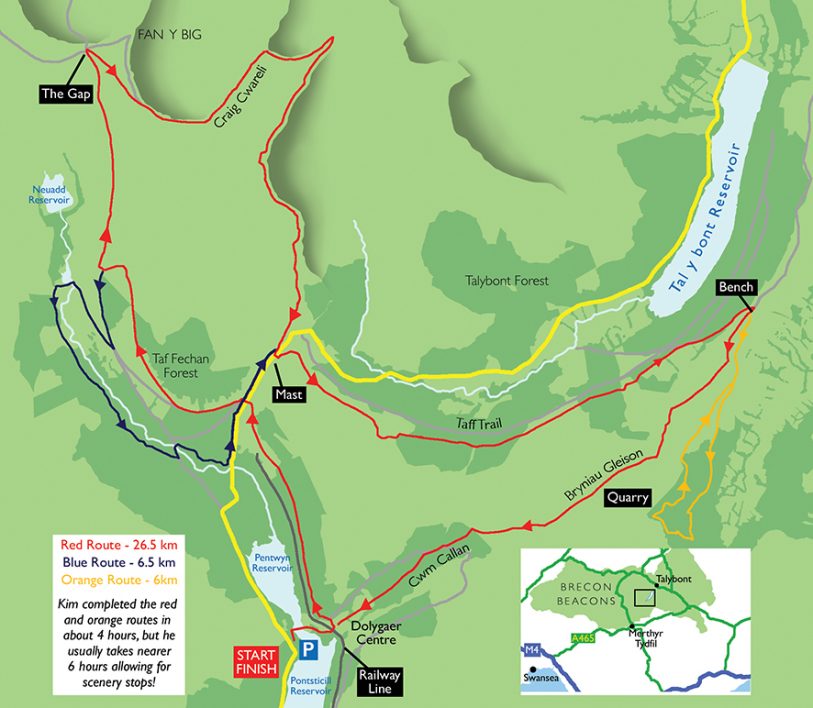 This route is another one of my favourites, offering a good variety of riding together with some great views. Recently however, the forestry has been rather busy and it would seem unnecessarily destructive; you’ll be in for a surprise if you have ridden the final descent before. The loop starts and finishes at the parking area adjacent to the Pontsticill reservoir (grid ref: 054 144. OS 160) and has less than 1km of tarmac. Head out over the reservoir and up the hill towards the Dolygaer centre. Shortly after passing under the railway bridge there is a track on your left leading steeply uphill. Keep an eye out for this, as this track and the forest road it leads onto are not marked on some of the OS160 maps. This first section serves as a great warm up for the climb through the Taf Fechan forest, which once at the top offers some great views up to Pen y Fan and a chance to get your breath back before the descent. Having descended, there’s a choice to be made, if the weather is clear and relatively settled I’d recommend going ‘off piste’ and heading up towards the saddle between Cribyn and Fan y Big before taking the path around Craig Cwareli. This really is a superb high level track offering some technically challenging riding together with some magnificent panoramic views and personally, I think it’s one of the best sections of trail

in South Wales. Alternatively, if the climb to this section doesn’t appeal to you, take the blue option which offers a low level ride which is equally enjoyable but possibly less stressful to ride! Both options meet at the forest road junction near to the mast and generator where you can see, laid out before you, the 4km of forest road dropping down towards Tal y Bont. This offers great views down the valley and beyond to The Black Mountains; breathe the air and savour this gradual descent as shortly looms a particularly punishing climb. 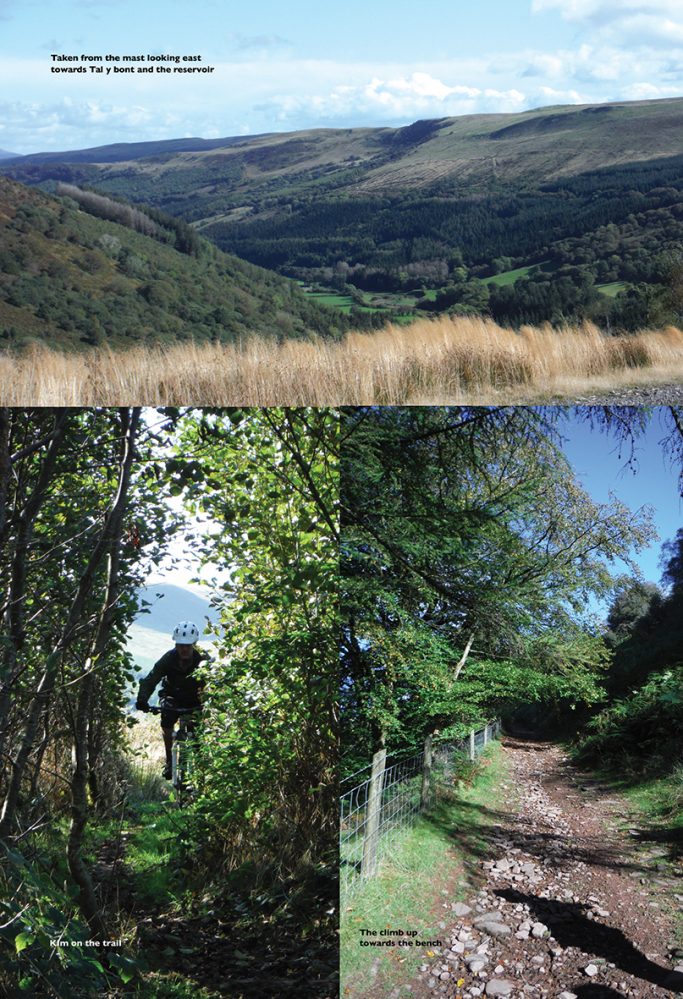 I must admit, in a perverse way I love this climb; it’s almost dead straight with a constant gradient and together with an abundance of loose rocks it offers a real challenge. Though, I must confess, there have been many times when I’ve thought it would be much more fun going down.

Your reward once reaching the top is a perfectly situated bench, which is an ideal spot to sit and congratulate yourself on your climbing prowess or simply to rest and wonder if your heart rate will ever slow down. Last time I rode here a buzzard which had been following me for some time, took a perch in the tree opposite. Along with red kites, they are my favourite of earth’s creatures and I can honestly say that wherever I ride, there is always a buzzard in the vicinity. If I’m not lucky enough to sight it then I will hear its call; but this is the only time I have managed to capture one in a photo. Now I’d like to think it’s some sort of spiritual guardian but that’s just my imagination running away with me again.

Once you’ve regained your composure or put the defibrillator back in your rucksack another choice of trail beckons, this time marked in orange on the map. 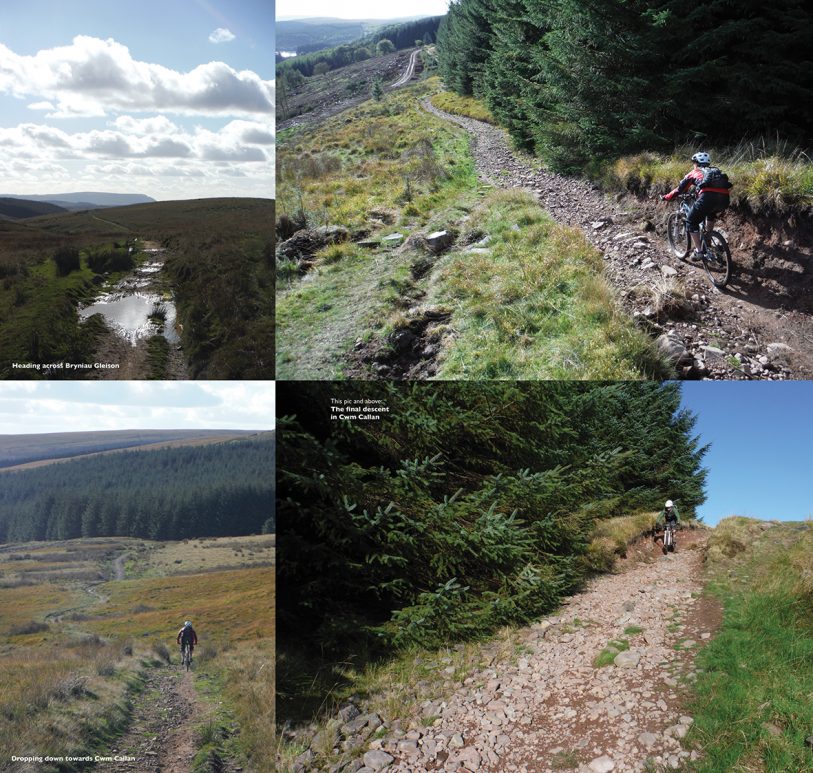 If you’ve had enough then head on home, it’s even signposted for you – Dolygaer! If not then enjoy the magical Brinore tramway and the bridleway that leads off it. The tram road was completed in 1815 and this part of the line was used to transport limestone from the Trefil quarries down to the canal in Talybont. I always feel as if I’m riding into an elven kingdom here and half expect Galadriel to be there watching me with a disapproving look in her eyes. Instead the last time I rode it a particularly erudite looking sheep watched me with a sense of pity as I careered only slightly in control down the brake, don’t brake limestone slab. Though the tramway continues for some time, for this route I’ve suggested taking the bridleway that drops down into the valley. It’s easy to spot as there’s a wooden gate at the junction which comes after a particularly tricky section. Follow it down; it really is wonderful and so different in character from the rest of the loop, until you join the forest road (again not marked on the map). Take this uphill and it will lead you back onto the tram road and up the final climb of the day to Bryniau Gleision.

Looking south as you head home across this moor, there looming to your left is the now disused Trefil Quarry.

First opened in 1819 it provided limestone for the iron works in nearby Beaufort, now however, it is a popular (though illegal) playground for off road motorcycling.

Episodes of Doctor Who and various films have also been shot here, including one starring Liam Neeson; one can only imagine what was going through the man’s head as he was driven through the village of Trefil, then along the lonely road to the quarry. ‘Welcome to Wales Mr Neeson’. ‘Err…..thank you’. This penultimate section flows so well and is an absolute blast, daring you to go faster and faster. Once across the moor, you’re into the forest and onto the descent through Cwm Callan; be careful here, as whilst it is great fun to ride it can have a tendency to unseat you.

As you head back down the road, stop for a moment on the bridge and look at the hills, it’s a great memory to take home with you. 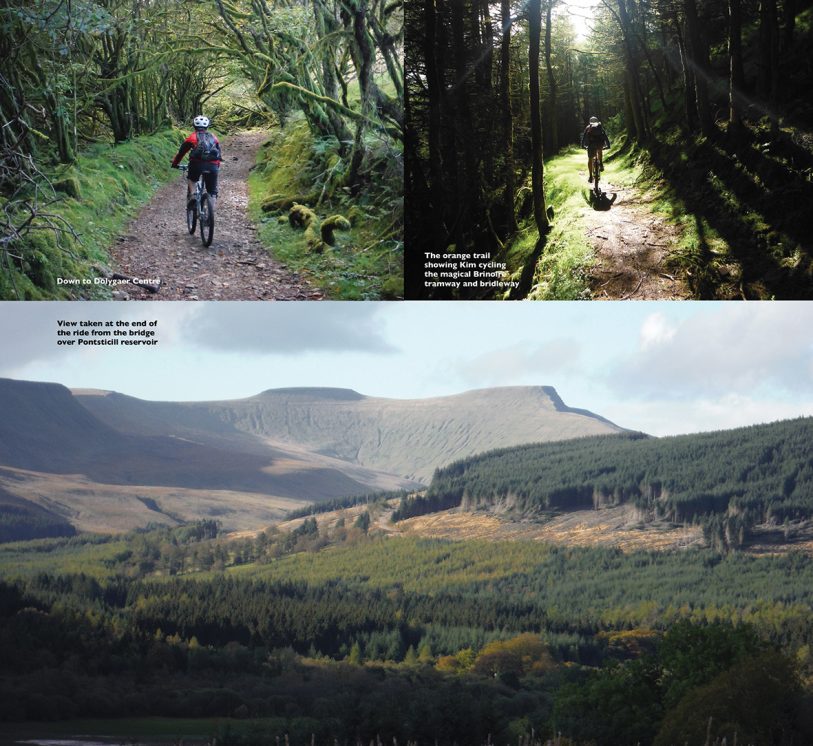