Some useful medical advice from Dr Chris Johns who has been a GP in Sketty and Killay Medical Centres for 25 years and is Clinical Lead for Swansea Acute GP Unit in Singleton Hospital.

A happy, healthy Spring to everyone. By the time you receive your copy of TheBAY, I suspect it will nearly be Easter too – so Happy Easter! Normally with my sensible hat on, I would suggest eating chocolate in moderation. However there is no real evidence that chocolate is harmful, in fact, quite the opposite. Some medical studies have showed it to benefit some heart and metabolic diseases! Unconstrained consumption of large quantities of any energy-rich food, such as chocolate, however, without a corresponding increase in activity, increases the risk of weight gain. So the answer is crack on with the Easter eggs but go for a run afterwards! 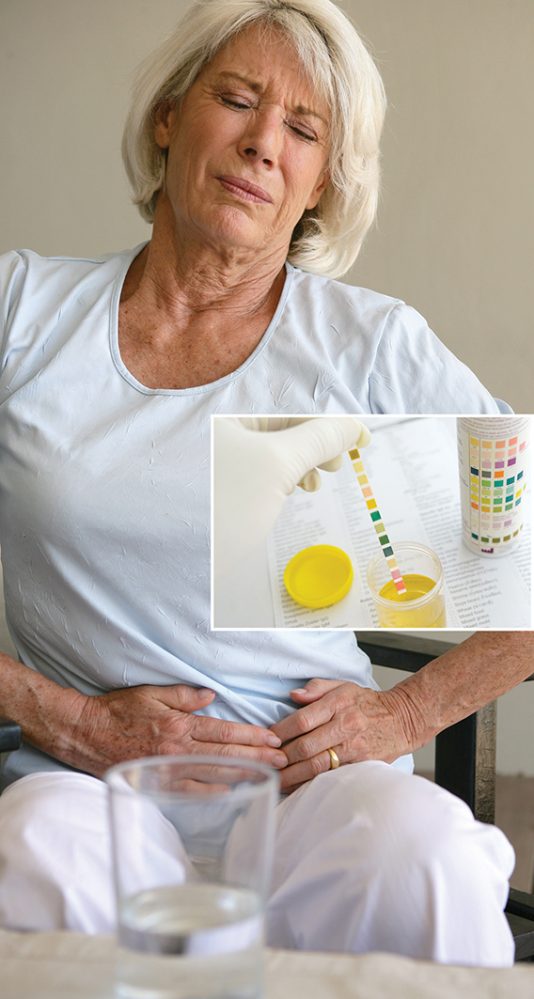 Urinary tract infections have been de-scribeed since ancient times with the first documented description in the Ebers Papyrus dated to c. 1550 BC. It was described by the Egyptians as “sending forth heat from the bladder”. Effective treatment was not around until the development and availability of antibiotics in the 1930s.

UTIs are more common in women than in men. It’s estimated half of all women in the UK will have a UTI at least once in their life, and 1 in 2,000 healthy men will develop one each year.

Children can also get UTIs, although this is less common. Urinary infection becomes more common as people get older. In older women this is often due the vaginal skin becoming more fragile at the menopause, because of lack of oestrogen or due to vaginal prolapse. In men as they get older an enlargement of the prostate gland can be responsible.

A urine infection is often called a urinary tract infection (UTI) by doctors. When the infection is just in the bladder and urethra, this is called a lower UTI. If it travels up to affect one or both kidneys as well then it is called an upper UTI.  This can be more serious than lower UTIs, as the kidneys can be damaged by the infection.

Lower UTI-Infection in the bladder (cystitis) usually causes pain when you pass urine, and you pass urine more frequently. You may also have pain in your lower tummy (abdomen), your urine may become cloudy, bloody or offensive smelling and you may have a high temperature (fever)

may cause a pain in a loin (the side of the abdomen over your kidney), a high fever, feeling sick, being sick and feeling generally unwell

A urinary tract infection (UTI) is diagnosed using a urine test. This can be a simple “dip test” when your GP can

test with some diagnostic strips which check your urine for blood, protein and white blood cells. If you think you have a UTI it will save time if you take a urine sample to your GP in a small clean washed container for testing.  Your GP may wish to send a sample to hospital for testing by the Microbiology Department, and you will be provided with a container and form for this. At the hospital laboratory the bacteria that cause UTI can be established and checked to make sure you are prescribed the right antibiotic. Some bacteria get resistant to some of the commoner antibiotics.

When you need further tests

You won’t usually need further testing unless your symptoms don’t get better with treatment.

Further tests are also recommended if:

if you are getting a number of UTIs

you’re a man – UTIs are uncommon in men, so it’s important to rule out other possible causes of the symptoms

These other tests include urine tests, cystoscopy, ultrasound and CT scanning.

My general advice is to speak or see a GP fairly early on with your symptoms. Some urinary infections do go on their own with increasing fluids and taking Paracetamol or Ibuprofen. I would suggest if symptoms are not better or improving within 72 hours seek medical help. UTIs can be quite serious. Complications include blood poisoning, and kidney failure – so if you are feeling unwell with symptoms of a UTI always seek medical help.

Your treatment will depend on whether your infection is in the upper or lower urinary tract. Both types of urinary tract (UTI) infection can usually be treated at home using a course of antibiotics taken by mouth. For simple urinary infection in women, GPs will often prescribe a very short course of antibiotics for 3 days. In men longer courses are required. An upper UTI is more serious or you are also at increased risk of complications. A stronger, longer course of antibiotics is given. You may need hospital treatment. Indications for admission with upper UTI include pregnancy, insulin dependent diabetes, excessive vomiting, severe pain or if you have other serious health problems. If you are admitted to hospital you will be given intravenous fluids antibiotics and pain relief.

Not all urinary tract infections (UTIs) can be prevented, but there are some steps you can take to reduce your risk of developing an infection.

Drinking cranberry juice may help prevent UTIs. If you have had recurring UTIs, higher-strength cranberry capsules are recommended. These are available from most pharmacists and supermarkets.

Don’t drink cranberry juice or take cranberry capsules if you are taking warfarin (a medicine used to prevent blood clots).

Constipation can increase your chances of developing a UTI.

Recommended treatments for constipation include:

using a mild laxative on a short-term basis

The following advice may be useful in helping you keep your bladder and urethra free from bacteria:

go to the toilet as soon as you feel the need to urinate, rather than holding it

in wipe from front to back after going to the toilet

practise good hygiene by washing your genitals every day, and before having sex

empty your bladder after having sex

I will see you next month in TheBAY!  Chris