A bright and cheerful weed, the dandelion gets its name from the French ‘Dent de lion’ – meaning ‘lion’s tooth’, referring to the jagged edges of its leaves. The Latin ‘Taraxacum’ comes from the Greek word ‘Taraxos’ meaning ‘disorder’ and ‘akos’ – ‘remedy’, giving some clue to its use as medicine. In fact, the herb has been valued medically for over a thousand years and was recommended by the Physicians of Myddfai in the thirteenth century.

The leaves can be eaten as a bitter, detoxifying tonic in the spring to clear the body of wastes accumulated over the winter through heavy foods and inactivity. It is equally nourishing as it is cleansing – 1 cup of chopped dandelion greens provides around 32% of the recommended daily value for Vitamin C, 112% of vitamin A and 535% of vitamin K, making it a great addition to a salad. 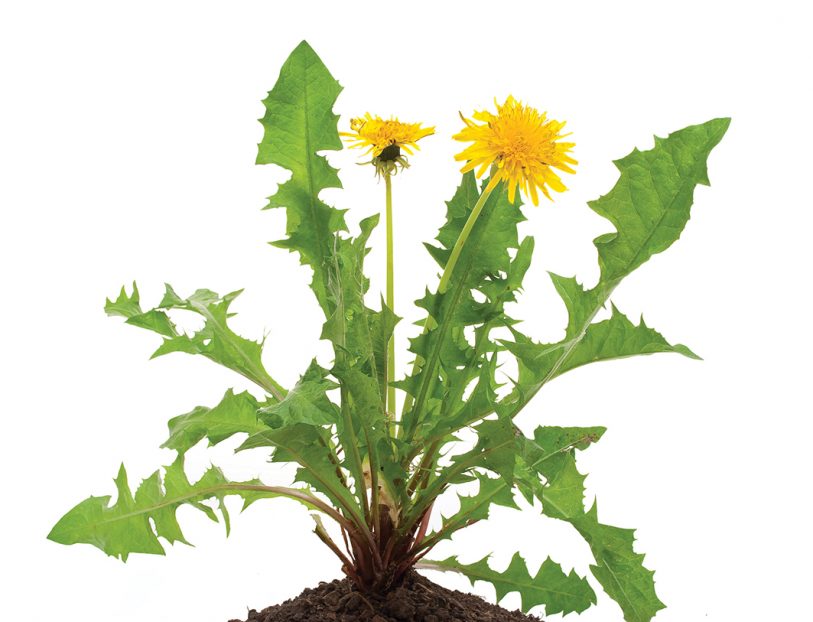 Both the root and the leaves are used medicinally and can be harvested in the spring.

Diuretic, increasing the flow of urine, excreting and eliminating toxins via the kidneys. Unlike orthodox diuretics, Taraxacum is high in potassium and results in a net gain of this vital electrolyte.

Note: As a result of its diuretic and liver actions, Taraxacum may increase the speed at which some orthodox medications are broken down and excreted from the body. Consult a health practitioner for advice.

BITTER TASTE IN THE MOUTH

Bitter tasting herbs all have some corresponding actions within the body. The bitter flavour comes as a result of certain plant metabolites known as alkaloids and flavonoids which have antimicrobial and anti-inflammatory effects1. This is why medicinally, bitters are known to be ‘cooling’, reducing inflammations and heat.

The stimulation of bitter receptors on the tongue activates the Vagus nerve, with direct effects on the digestive system. Salivary glands produce enzymes which begin the digestion of starches, the

liver produces bile, necessary for the digestion and absorption of fats and fat soluble nutrients, such as vitamins A, D and E. Healthy bile flow also helps to clear wastes and toxins from the liver and encourges the bowel to move. The stomach secretes hydrochloric acid to break down proteins, destroying any harmful microbes present in the food and enhancing the bioavailability of minerals such as calcium. This sequence of events results in good appetite and improved absorption of nutrients from

Bitter tastes are a natural component of foods and were eaten on a regular basis until modern times.

The wide range of produce now available to us all year round (regardless of its season) has given us the opportunity to be selective in our choices, leaning towards sweeter tastes. In the past, foods such as greens and lettuces were bitter tasting but have now been selectively cultivated to have a milder flavour.

Alongside this shift has come a rise in obesity and digestive disorders, related in part to our distorted food choices.

A balanced diet should include a range of different whole foods and each of the 5 tastes: salty, sour, sweet, bitter and savoury.

Low level of stomach acid (hypochlorhydria) is often undiagnosed as it can initially present with vague and generalised symptoms such as fatigue and indigestion. This condition is far more prevalent than its opposite – high levels of stomach acid, and chronic hypochlorhydria can result in more serious disease.

Indigestion – Signs of low acid include acid reflux occurring 1-2 hours after eating a meal, a sense of uncomfortable fullness in the stomach, bloating and burping. Antacids further lower the levels of acid in the stomach and exacerbate the problem.

Nutrient deficiencies – Chronic reduction in nutrient absorption results in a state of malnutrition. Signs include fatigue, weakness, depression, poor memory and heart palpitations. These may be mistaken for signs of ‘ageing’ when in fact good health can be enjoyed at any age.

Place all the ingredients together in a bowl and mix well. This salad is best enjoyed as a starter so that the bitter components can begin to take effect. 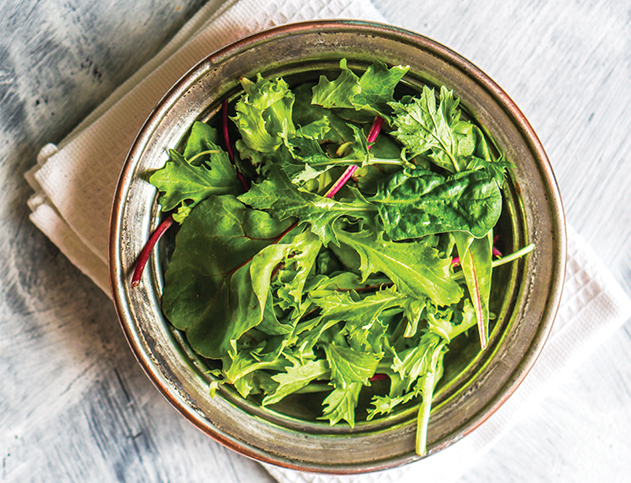