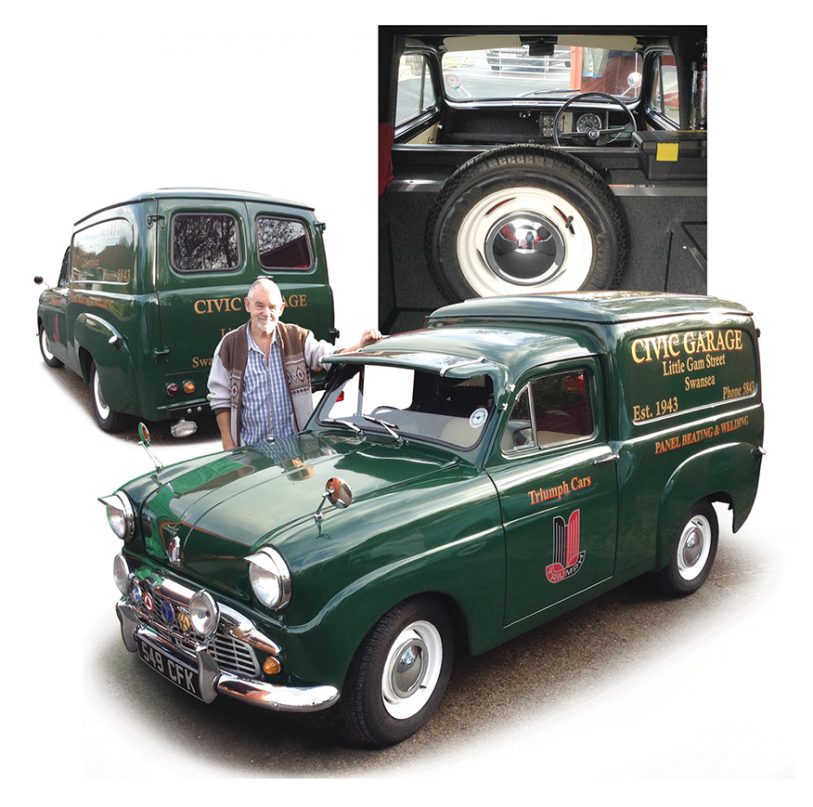 Roger Jones owns a rather rare vehicle called Jack. Jack is a 1959 Standard 10 van which started its working life in the Worcester area as a grocer’s delivery van.  Sometime around 1976/77 the engine seized and the van was laid up in a garage. It was later sold to a man living in Lincoln who was going to restore and show the van. No work was ever done to the van and finally it was put up for sale.

Around this time, vehicle enthusiast Roger Jones of Waunarlwydd, who had been on the look out for such a vehicle for many years, was made aware of the sale via the Standard Club Magazine.

A deal was agreed and the van was brought to Swansea where restoration began in 2011. All necessary parts were found, and with the help of RJ’s Auto in Gorseinon and vehicle restorer Simon Bromham of Pontardawe, this rare little van was fully restored and put back to its original condition.

The van has been put in the livery of Civic Garage in memory of Roger’s late father who owned the business which traded in Little Gam Street, Swansea.