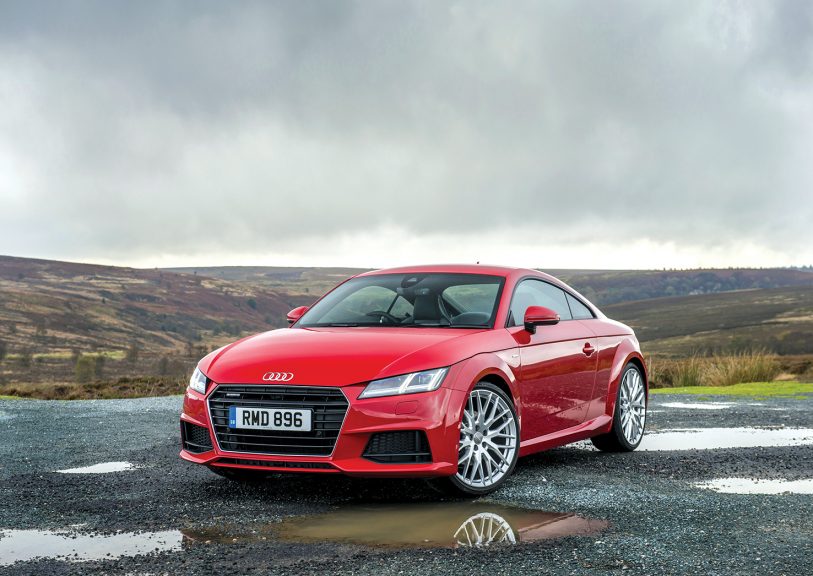 How does that saying go? You know, the one about the perfect world? Isn’t it something along the lines of the chefs would be French, the lovers would be Italian, the British would make up the police force and the Swiss would organise the whole shebang? Or, are the Italians meant to be the chefs and the French the lovers? I think it depends upon which, or rather whose, version of it you read. One thing’s for certain though: everybody seems to be in agreement that the engineering should be left entirely to the Germans.

Social or racial stereotyping aside, there seems to be at least a little truth in there somewhere. My case in point ladies and gentlemen: The Audi TT.

We British love the Audi TT, so much so that since it first hit our shores back 1999 Audi have sold more of them here in Blighty than in any other country; a four-ringed badge and more than just a dash of Bauhaus seems to have had us smitten right from the off.

Swing open the door of the latest version, or third generation TT, and you can’t help but be impressed. Audi cabins have always set a benchmark, but just when some of us (oh ok then, perhaps just me) were beginning to think they were getting a little passé, the Ingolstadt engineers have set the standard ever higher. Both fit and finish are impeccable, the standard of materials used is first class, and the attention to detail near mind-blowing.

It’s also incredibly stylish – in that teutonic and minimalist way that Audi do so well. The heater controls have been moved into the jet engine-like air-vents themselves (although I should point out this is an optional extra) freeing up the centre console – and the controls for the heated seats are there too. A push or a twist is all it takes to be as cosy or as cool as you or your passenger desire.

What your passenger can’t see quite so clearly – and I mean passenger as opposed to passengers, the rear seats are little more than a token gesture –  is the huge 12.3in TFT screen that sits straight ahead of the driver and replaces the tacho, the speedo, the fuel gauge, the temperature gauge, the navigation screen, the radio controls… you name it. It allows you to switch between a huge rev counter in Dynamic sports mode, the largest map yet seen in an instrument panel, the infotainment… the list goes on. It takes a little while to fathom, and it’s all too easy (at least for this particular pilot) to change the screen setting via the rotary control situated behind the gear-stick whilst you’re picking the right ratio, (the car I drove was a manual) but once you’re used to it, traditional dials and trip-computers never feel quite so informative, or indeed as clear, ever again.

The TT also allows the driver to choose how it feels, via a system called Drive Select. By flicking a button on the dash you can add weight to the TT’s helm and sharpen the throttle response for a sportier feeling drive, or tone things down a little for more economy and comfort.  Whichever your preference, thanks to some beautifully direct, if not quite so communicative steering, this little coupe turns in keenly and grips – even without Audi’s legendary quattro system fitted – like the proverbial does to a wooly blanket.

It’s also quick. I got to sample the “entry level TT”: The 2.0litre TFSI. The 227bhp petrol turbo engine is the same as that fitted to parent company’s VW Golf GTi, as is the TT’s MQB floor-pan architecture for that matter, and it imbues the TT with acceleration that’s equally as sharp as the creases that define its new, and perhaps surprisingly smaller and lighter body. 0-62mph in 5.3 seconds and a Vmax of 155mph must surely be enough day-to-day usable performance for all but the truly bonkers amongst us.

And yet, thanks to a decent sized boot the TT is as happy doing the weekly supermarket run as it is blasting down a B-Road. The ride is good too. If you still think Audi is a German by-word for those seeking an osteopath or someone to re-set their fillings, think again. Even when faced with the lunar landscape surfaces that pass for roads out in the sticks the TT remains comfy.

So, the third generation TT is an engineering masterpiece then? Well, yes, and no. It is beautifully built, and pretty darn good looking to boot, and its residuals are sure to be as rock solid as its door shuts.

But there’s something missing. It lacks an Italian car’s passion, or what the French call joie-de-vivre. All that Germanic precision, strangely, leaves you feeling a little cold. But that said: I wouldn’t be British if I couldn’t find something to moan about, now would I? 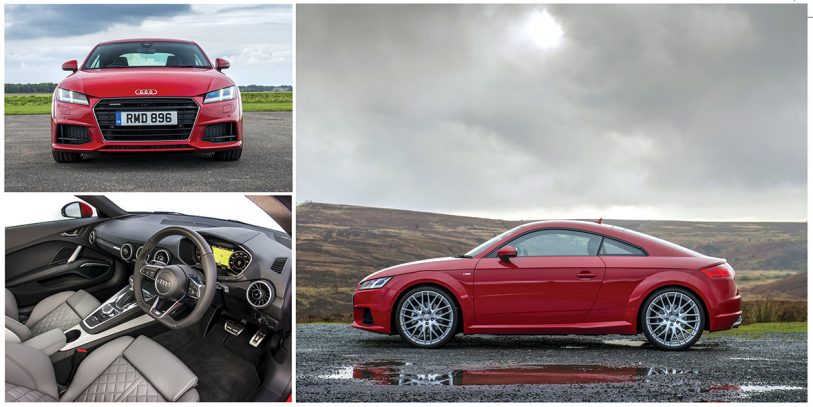