UFO The shape of things to come

Change comes slowly in the world of surfboards. It usually takes years for even the smallest changes in design or construction to be accepted.

Since the late sixties, surfboards have all looked very similar; they have all generally followed a set shape. They have gone from having one large single fin to having two, three or even four fins and have over the years become slightly shorter and a little wider. They have even been built from more exotic materials such as carbon fibre, bamboo laminates and epoxy resins, but they still looked pretty similar to their predecessors.

However, there is a major new look starting to gain popularity at the moment and it rips up the rule book for surfboard design.

The U.F.O. is my version of this new shape which looks more like a wakeboard than a normal surfboard.

It’s a next generation hybrid board with total performance capabilities!! 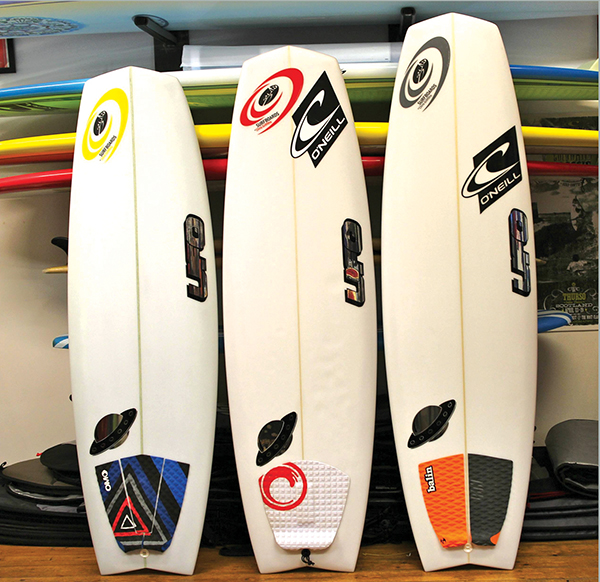 By giving it an extra wide nose and tail, it maximises the board’s planing area, while keeping the overall length down. The upshot of this is that you have a shortboard that paddles and catches waves better without losing any performance. Actually, because the design gives the board straighter rails, you have a super-fast, responsive board that surfs even better than most regular shapes. In essence, you have a board that is easier to use and better to ride!!

Now that’s a winning combination in my book. 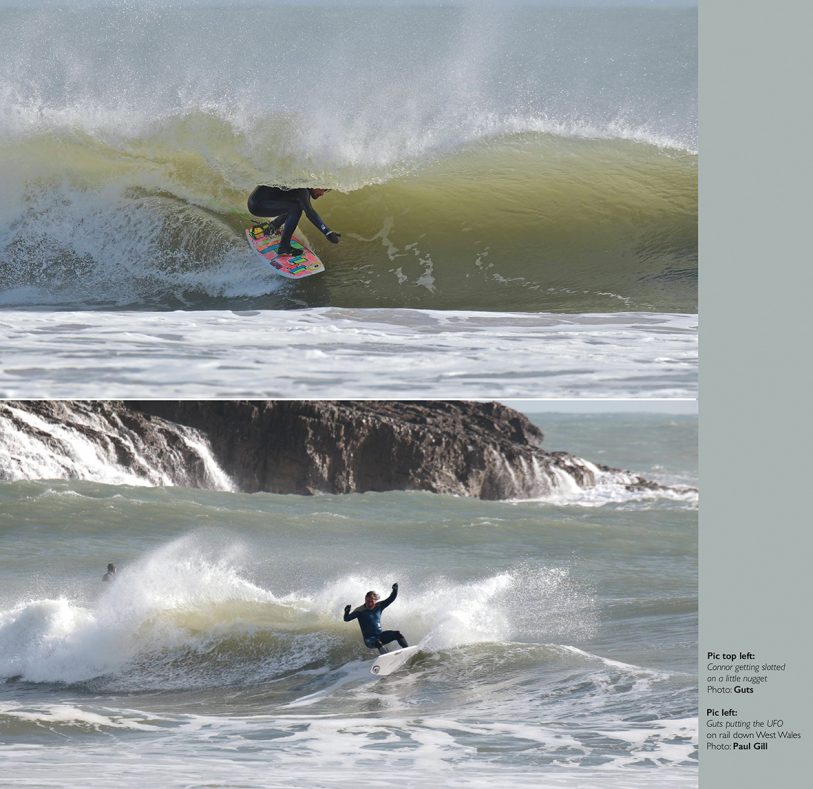 You can view how the UFO surfs by checking out this link.