ASHLEY HAS ANOTHER VEHICLE FROM A BYGONE AGE FOR US IN THIS ISSUE, A 1947 MORRIS Z 5CWT VAN 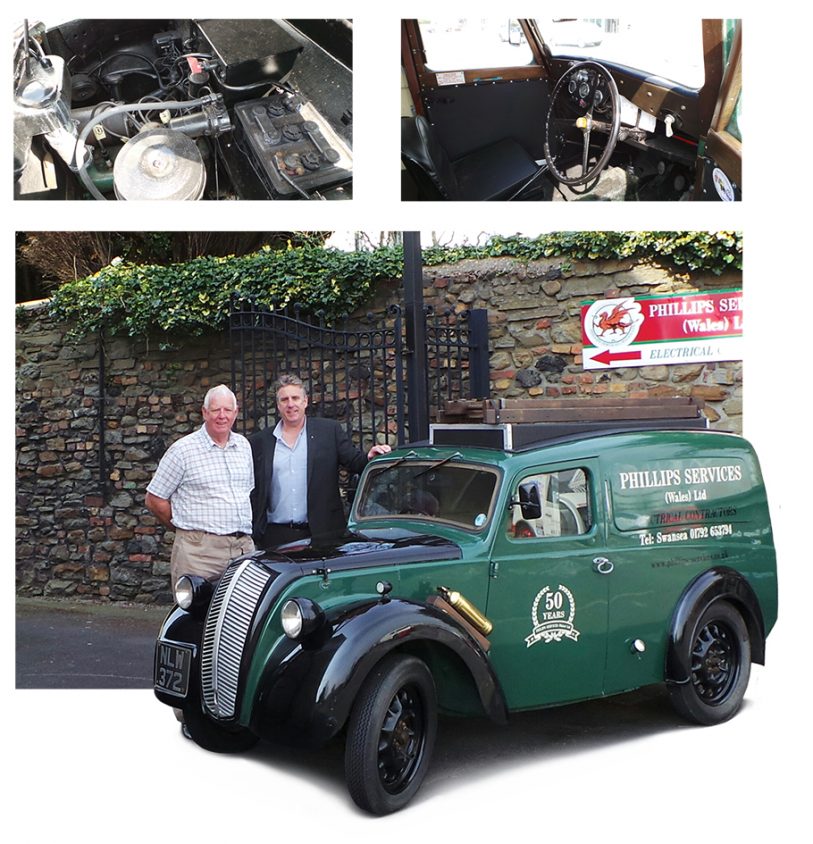 Roger Phillips Jones of West Cross is now the proud owner of a 1947 Morris Z 5cwt van.  The van was purchased from an enthusiast in Halesowen but had been completely rebuilt by a man from Stoke who had done a good job of restoring the vehicle. It was chosen by Roger as he once owned a van of this type; unfortunately there are no existing photographs.

This type of van was built between 1940 and 1954 and is now a rare survivor from more than 51,000 that were built. It was based on the Morris 8 car, with a steel body and fabric roof and powered by an 8hp side valve petrol engine with a 3 speed gearbox. It was this model van that was used by the Royal Mail, General Post Office, butchers, bakers and many other small businesses. Roger’s van was bought and sign written to celebrate 50 years of trading by his company Phillips Services (Wales) LTD which is an electrical company based at Stadium House in Landore. The van was originally purchased in London by the GPO and still carries the ladders on the roof rack.

The 22nd SWANSEA FESTIVAL OF TRANSPORT will take place on Sunday 21st of June 2015 (Father’s Day). The event will be held in the pedestrianised streets of Swansea city centre. 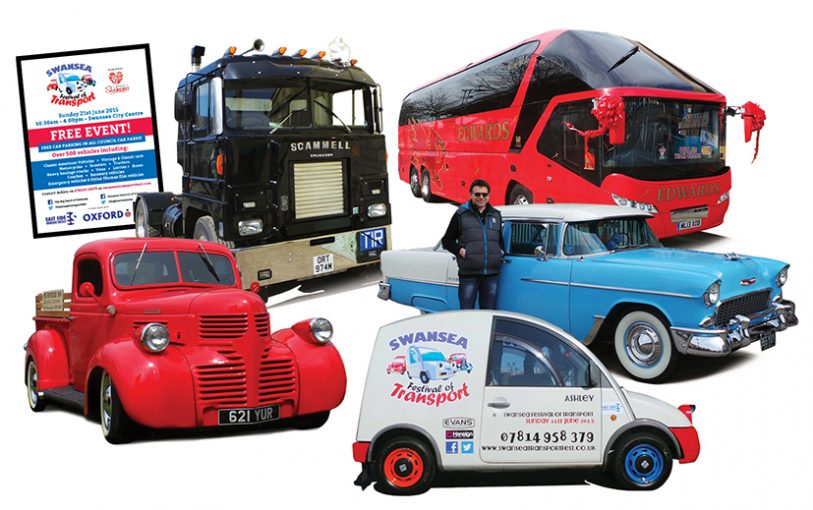 The Festival will be open from 10.30 to 16.00 and is free to enter a vehicle and visit. You can expect to see classic scooters, motorcycles, vintage and classic cars, modified cars, classic and modern vans, trucks and heavy haulage vehicles. At the coach rally there will be classic buses and coaches with river boat trips also available at certain times of the day.

Keep an eye out for the Wallace and Gromit van and motorbike with sidecar and also some nice big American cars. The event is arranged by Ashley Lovering, as a hobby; it takes him a full year and he is lucky enough to have some great friends who help him put it all together on the day.

Swansea Council allow him to use the city centre to hold the event and his main sponsor is Swansea BID with sponsorship also coming from Swansea companies East Side Insurance Services and Oxford Diecast Limited.

Ashley’s aim has always been to give Swansea the biggest FREE event for enthusiasts, visitors and citizens of the city to enjoy. With most city centre shops and eateries being open along with two museums, the LC2 and other attractions, there is something for everyone.