Big isn’t it? If only I’d had a fiver every time I heard that one during my time with the Volkswagen Amarok – who knows, I might just have made enough money to have not had to send it back.. 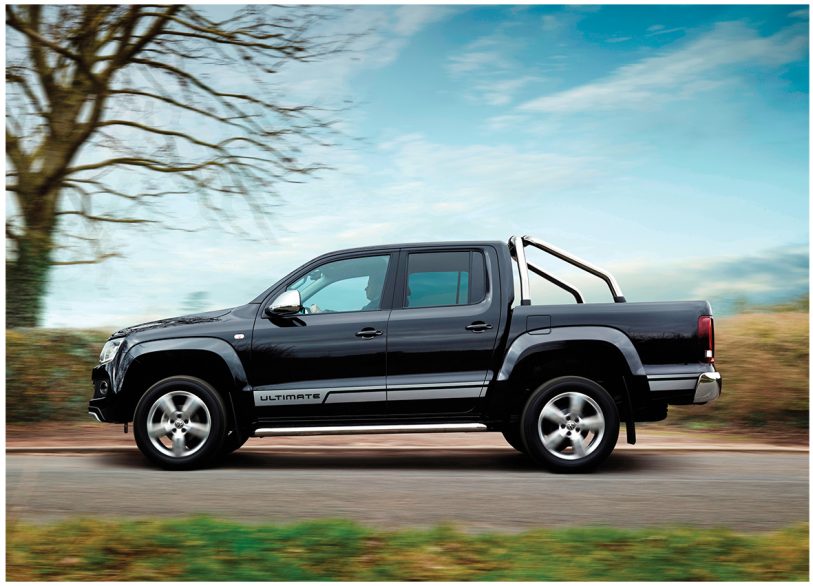 There’s no denying that with its bluff styling, huge squared off panels and grille, and its Audi Quattro on steroids wheel arches, the Amarok is somewhat imposing. Let’s face it, you’re never going to lose a car park stand-off in one of these. But, the truth is VW’s first foray into the fiercely fought out four-wheel drive pick-up market, is actually not that much bigger than its competition; by which I mean the likes of Nissan’s Navara, Toyota’s Hi-Lux, Ford’s perennial Ranger, the Isuzu D-Max, Mitsubishi’s L200 …and all of the other stuff you usually see in the builder’s yards, agricultural establishments, and behind the scenes at fairgrounds, boatyards and garden centres up and down the country.

Nevertheless, the Amorak is one of the largest pick-ups you can buy. Only available in the UK as a five-seater double-cab, it packs one of the widest load-beds available. You can load a euro-pallet weighing up to a tonne in width-ways and still have room to spare, plus, the lashing eyelets and grippy coating applied to the rear floor, truck sides and tailgate mean that once strapped down it should safely stay where you put it. Also while we’re on the subject of load-lugging I’d better mention that the Amorak can tow three tonnes and comes equipped with trailer-assist to keep things on the straight and narrow, plus a reversing camera – as per the test car’s Ulitmate spec – to help make coupling-up a doddle too. It’s four-wheel drive as well.

What is perhaps surprisingly not quite so large about the Amarok is its engine. If you were expecting the next line to say something like “and under that huge square bonnet you’ll find an equally gargantuan multi-cylinder, multi-litre powerhouse” think again. What you’ll find instead under that large lid is a four-cylinder diesel displacing just 1,968cc. To say this engine punches above its weight is both a cliché and an understatement. 177bhp these days isn’t really the kind of stuff you write home about perhaps, but in Bi-Turbo spec (as tested – there’s also a 138bhp single turbo) the combination of the 295lbft of torque available from just 2500rpm and six somewhat long-legged gear ratios mean the Amarok both feels as though it could pull houses down, and cruise effortlessly at motorway speeds all day long. 70 mph equates to little more than 1800rpm in sixth.

Should you chose to do the latter, the Amarok also proves to be rather comfortable. Once you’ve hauled yourself up into its lofty seats – from which you can see for miles – you’ll not only find a generous amount of standard equipment: dual zone air-con, electric windows and heated mirrors and, depending on budget, more, but also the same switchgear and near-bomb-proof build quality that are synonymous with Volkswagen. Honestly I’ve driven Golfs that weren’t as well appointed as the range-topping Amarok Ultimate VW’s lovely press fleet coordinator was kind enough to lend me.

OK, so the leaf sprung rear does mean that there’s more bounce on a B-road, the barn-door aerodynamics contribute to a fair degree of wind-noise at speed, the tyres roar, and that engine can sound somewhat industrial when overtaking – something I might add that’s best planned well in advance.

There’s also one other thing. If you’re reading this thinking, “Hmm a big chunky pick-up truck, that would do me nicely,” just ask yourself this:  Where, unless you peruse the options list for a cover for that load-bed, are you meant to put the suitcases if the Amorak is your only vehicle and you choose to use it for five-up family airport run?

Ultimately, despite its home comforts, and what Bob the local builder might tell you, the Amorak is a working tool first and foremost, and a family car a somewhat distant second.

That said, I can see the appeal. If ever there was a vehicle that blurred the lines between the two, better than any other, surely the Amarok is it. 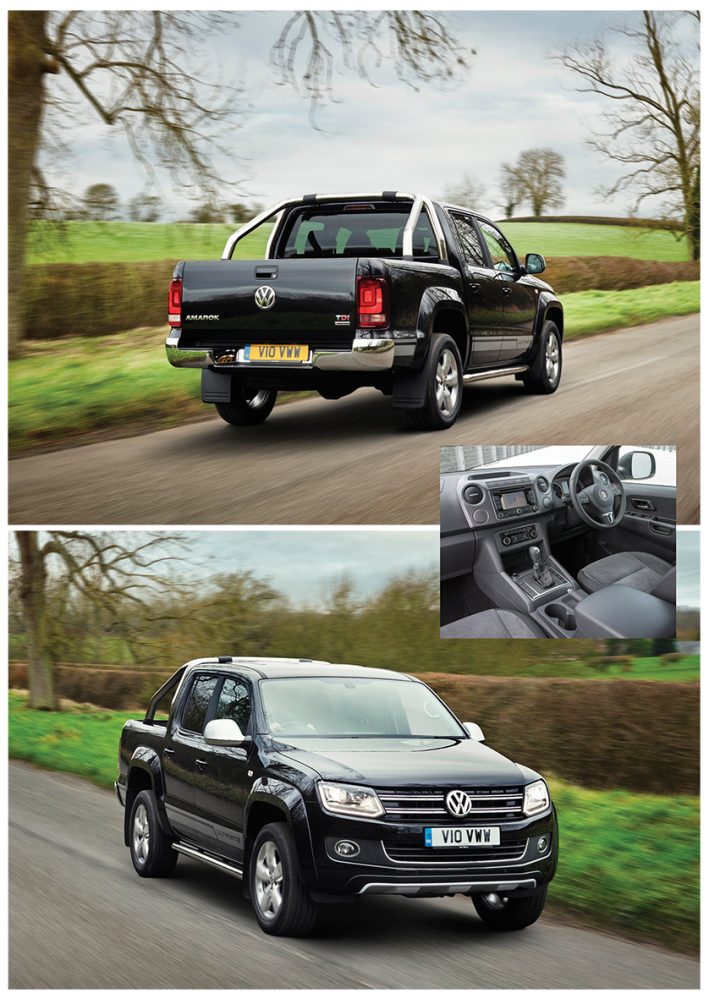 Many thanks to Volkswagen’s UK press office for theloan of their Amarok www.liam-bird.com@bird_liam