What’s in a name

A NEW SURVEY FROM CATS PROTECTION HAS SHOWN THAT THE MOST POPULAR FELINE NAME IN WALES IS POPPY FOR A FEMALE CAT AND CHARLIE FOR A MALE CAT. 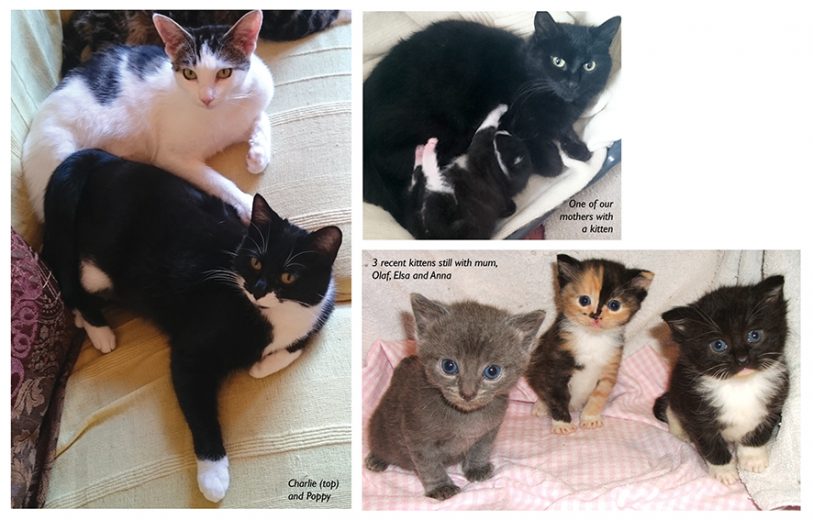 Despite the popularity of both names, the charity sees a number of cats with these names coming into its care each year.

Two such cats who are currently in the care of Cats Protection’s Swansea and District Branch are Poppy a 2 year old female and Charlie a 1 year old male. This pair, even though they aren’t related would love a new home together as they really love each other’s company.

Their names may be popular but these unlucky pussy cats have been waiting for a new home since the end of last summer. We are really hoping a new owner will come forward to adopt Poppy and Charlie soon.

Poppy is a black and white female who is a little shy at first but affectionate once she trusts you, Charlie is a white and tabby male who is very friendly and will jump on a lap as soon as someone sits down!

Cats Protection’s ‘Big Cat Name Survey’, which was carried out via the charity’s main Facebook page during September 2014, received over 18,000 responses and showed the huge range of names we give to our feline companions.

The most popular name across the whole of the UK was Poppy, with Charlie in second place and Molly coming in third.

A number of cats had names related to foods and flowers while some of the more unusual names included Sir Pouncealot, Captain Stripeypants and Baroness Trumpington.

At the time of going to press (April) the branch has 4 mothers with dependent kittens in our care and one kitten being bottle fed, with more to come later on, we’re sure!

Maybe you could help us name some of our kittens with some unusual names?

To offer a home to any of these cats, to foster or volunteer please get in touch with us by one of the following methods: