ASHLEY’S CLASSIC MOTOR ARTICLE FOR JULY FOCUSES ON AN EVENT RATHER THAN AN INDIVIDUAL CAR. IF YOU’RE A CLASSIC CAR OWNER, YOU MAY WANT TO JOIN ASHLEY AND HIS FRIENDS IN MALTA IN OCTOBER 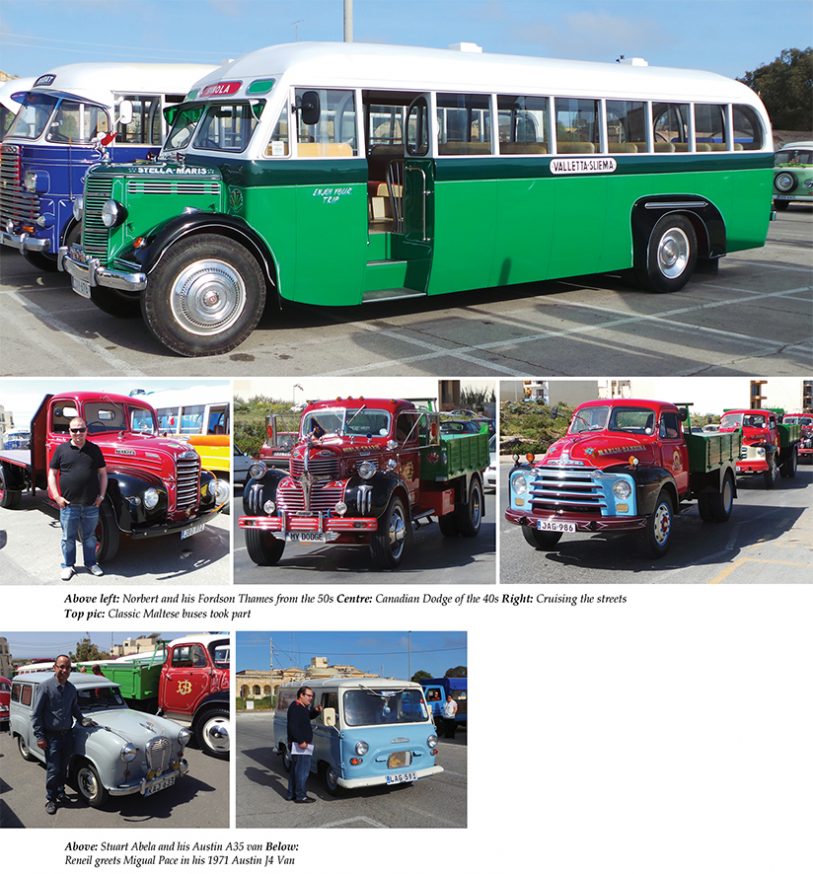 I have travelled many times to sunny Malta and made friends with lots of people there. I decided it was high time they had a classic vehicle road run around the island. My good friend Reniel Pisani always want-ed to organise such an event, so between us we began promoting it by word of mouth and social media. The 1st Classic Commercial Vehicle Road Run of Malta took place on Sunday 26th April 2015 and achieved a varied entry of vehicles. The Maltese television company TVM attended and I was interviewed for the motoring programme paqpaq. The run started at St Andrews heading through San Gwann, Naxxar, Mosta, Burmarrad, St Pauls, Bugibba, Qawra, Mtarfa, Mdina and onto our finishing place, a small town called Baharija. It was a beautiful day enjoyed by all and it was mutually decided that we would like to do another run later in the year. So on the first Sunday in October we will take to the roads of Malta in another con-voy of old British vehicles and do another run ending in a show which will raise funds for Caritas Malta which is a drug rehabilitation centre.