Good news all round

With summer creeping slowly upon us, the usual decline in surf conditions begins. Guys are digging out the paddleboards, fishing rods and even tennis racquets to help keep them amused through the flat spells. 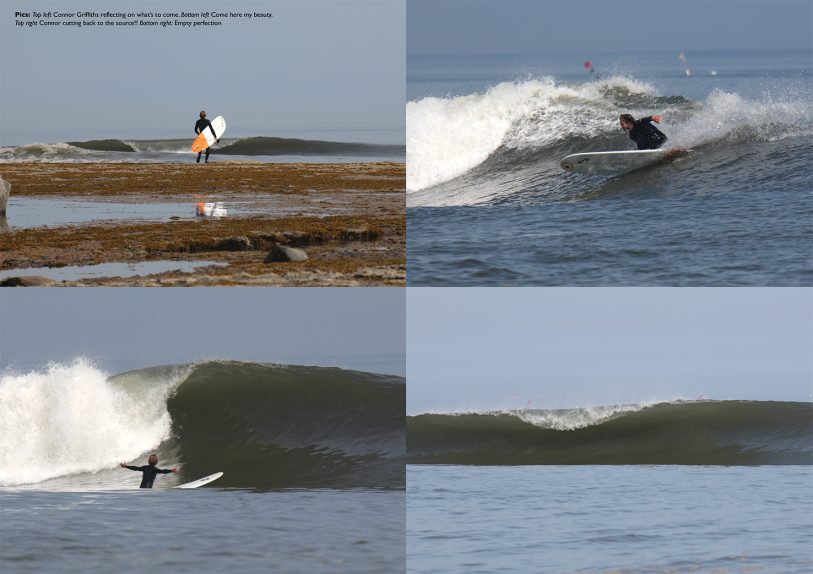 I have managed a couple of little road trips to the far flung reaches of the British Isles in search of a little fix for my surf addiction – which have been pretty successful .

However, in the future there will be another option open to all you wave-hungry surfers.

A man-made Wave Garden is scheduled to open in North Wales at the beginning of August, which is purported to produce a world class artificial wave of up to two metres in height.

Surf Snowdonia is going to be the first full scale commercial Wave Garden anywhere in the World and it means you can be guaranteed a good surf any time you want to book a session.  And as luck would have it, I have been invited to go and check it out before it officially opens to the public (I’m so excited!!!) I will have a full report and pictures in my column next month.

I am also pleased to report that following a great showing at the Welsh Nationals last month, five Swansea surfers have been selected to represent Wales at the ISA World Masters Championships being held in the Canary Islands in November. They are, Rob Silvy, Phillipa Davies, James Jones, Chris French and me. It’s a great honour as this is the first ever Welsh team to attend the World Masters and I’m sure you’ll join me in wishing them all the best!