On eggs and fowl 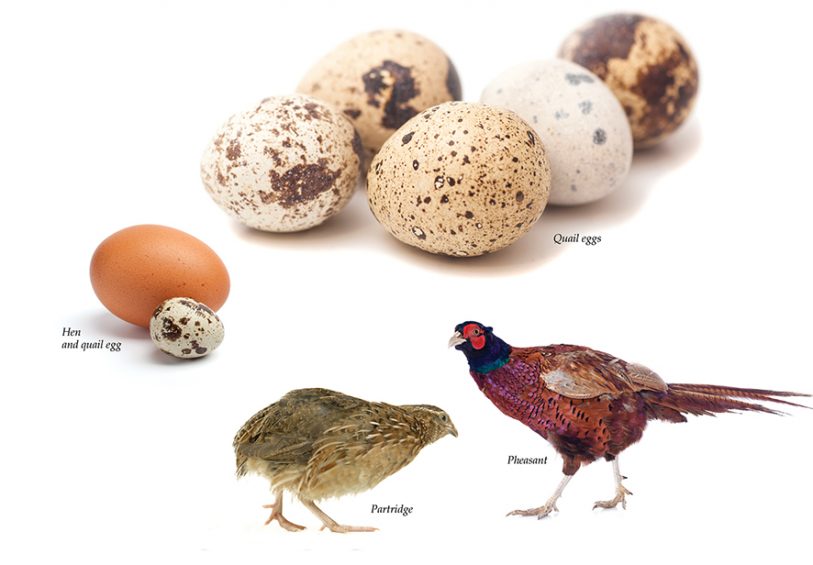 Was I the only person who suffered deeply from deprivation during the quail’s egg famine of last year? Market gossip had it that the last quail farmer in Gower shut up shop and we were left bereft, forced into ordering them from France via Amazon.

I swear by quail’s eggs rather than hen’s eggs not only because they are economic to use but also because they have a lower proportion of white to yolk and are therefore perfect hardboiled in sandwiches and ideal for frying, poaching and egg salads.

This year the first quail’s egg surfaced at the Uplands Market, an import from Brecon. I increased the pressure on local shops and had a result from the ever responsive Woollacot’s Butchers in Newton, who now boast of a fresh supply every Thursday.

I also spotted pullet’s eggs for the first time in Swansea at Exotica the Asian specialist shop in St Helen’s Rd. Pullet eggs are small white eggs, laid by young chickens. Supermarkets won’t have them so they usually end up being thrown away. Do stop this terrible waste. Ask for pullet’s eggs everywhere—if we establish a demand, supply will follow. Pullet’s eggs are much smaller than full-grown hen’s eggs and have a lighter and finer taste.

Speaking of fowl, Woollacots tells me the game season will soon be upon us and have promised to let me know when the first partridge and pheasant arrive. For those living alone, a brace of partridge cost less than a chicken and the little game birds are small in size, quick in cooking time and delicate in flavour. Pheasant too is economic to buy and the terrible waste of cooking a chicken too big for you is avoided. Game suppliers in Swansea Market will also certainly have fresh produce for you in August, so you can now liven up the domestic dinner repertoire.

Fish for a difference

There is nothing on earth better than a nice serving of British fish and chips, but to ring the changes, I love to try out a new way of preparing fish. The Marriott Hotel in Swansea has smoked halibut on the lunchtime menu, delicate and delicious with some melba toast. The taste is like a very refined gravad lax, the texture silky and sumptuous.

In contrast, I had a big, bold, whole sea bass at the Café Favorite in Brynymor Rd. The fish was grilled, heavily mari-nated in authentic Beijing spices with crisp spicy skin and delicious white meat, eaten with freshly made noodles and dumplings. The Favorite is an exceptionally good ethnic Chinese restaurant with a menu totally unlike the conventional takeaway.