WHAT A GOOD-NEWS STORY FOR GOWER – THE WELCOME TO TOWN HAS REOPENED UNDER NEW OWNERSHIP, AND I AM HAPPY TO SAY THAT THE ONLY THING THAT REMAINS OF THE OLD PUB IS THE STRUCTURE AND THE DYLAN THOMAS BAR!

Gone are the chintz curtains, reminiscent of grandma’s parlour and the dour service; in their place is a bright freshly whitewashed bar and staff with a welcoming smile. Upstairs is a light and airy dining room with mismatched furniture often seen these days in the chicest of restaurants.

Owners Paul and Natasha Crowther, have spent the past few months restoring this beautiful old Gower building to create a modern pub and dining room. Chef Anton Miguel is running the kitchen while local twins Kat and Charlie Owen manage the front of house.

I usually like to wait a few weeks before eating in a newly established restaurant – to give them time to iron out any problems, but not this time. I was eager to see what had changed and I am delighted to report that everything has! Firstly, and in my opinion very importantly the level of service is extremely high and the welcome, is genuinely warm.

The menu isn’t vast – another plus point as far as I am concerned – and showcases the best of Gower produce. Locally produced beef and lamb, sea bass caught by ‘Kevin’ – we tried all three – (there were three of us, we weren’t being excessively greedy) all accompanied by vegetables grown by local farmer ‘Bernard’. All were faultless, but having passed the plates around mad hatter’s tea party style, we were unanimous in voting the sea bass our number one.

The Welcome is open from 9:00 for breakfast which is served until noon. Lunch is served from noon until 5 when the dinner menu takes over. Whether you want to choose from the dinner or the bar menu, you can eat in the bar or the restaurant – they don’t stand on ceremony. In fact there’s nothing pretentious about the place, the emphasis is on relaxing, kicking back, chilling out and enjoying yourself – now that’s what I call a welcome.

A Rose By Any Other Name 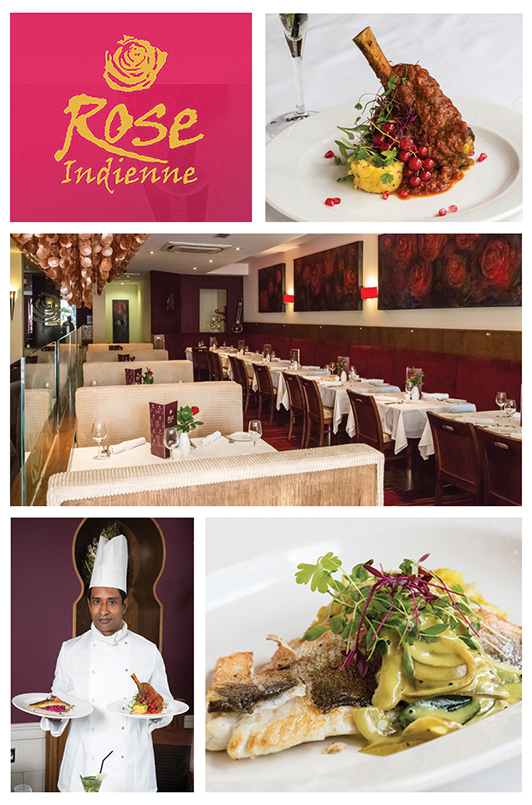 After a hard day’s grind in the TheBAY’s powerhouse I don’t always feel inclined to slaving over a hot stove. On these occasions I reach for the take-away menus only to toss them aside again – washing up? I don’t think so.

The other evening was one of these evenings so we trotted down to St Helen’s Road to Rose Indienne. This restaurant has established itself as being a cut above the average Indian restaurant in Swansea, with an authentic Indian chef, serving traditional favourites but also some more contemporary dishes.

There is one stand-out dish on the menu for me – Sarmill Macchi (Fish in Hindi) is a fillet of spiced grilled haddock served with roasted vegetables – I don’t know of any other Indian restaurant with haddock on the menu. This was a perfectly cooked and spanking fresh piece of fish, delicately spiced so as not to overpower the flesh. Staying with the fishy theme, my choice of starter was a Lahsooni (garlic in Hindi) Jhinga a succulent giant king prawn marinated in a rich garlic sauce and then chargrilled – definitely finger food. 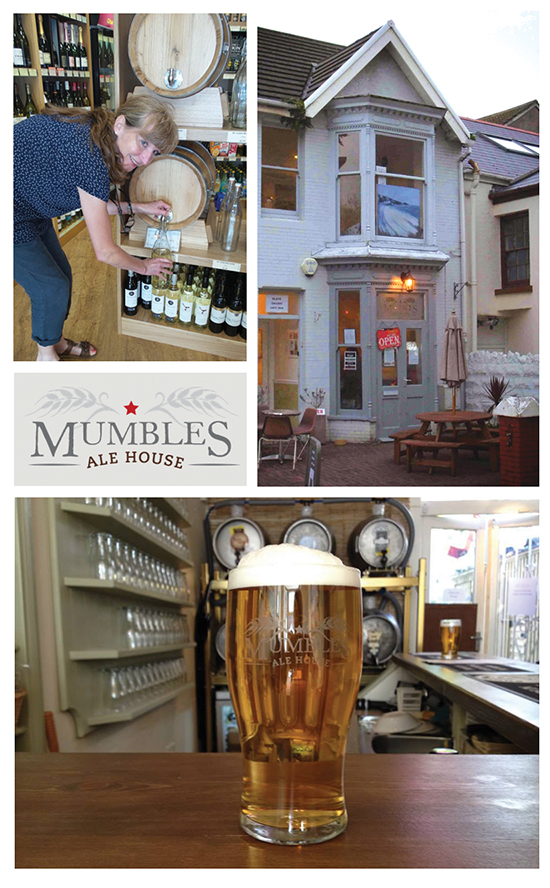 The term Ale House sounds so wonderfully archaic, it conjures up an image of serving wenches and Chaucerian characters stopping for refreshment on pilgrimages. Historically they were the social centre of a town or village, a place where locals could meet up and strangers could take refuge.

Fast forward 700 years or so and the above is pretty much what you’ll find in the Mumbles Ale House – give or take a serving wench and a Wife of Bath.

This delightful little micropub – the first in Wales, is in the heart of Mumbles and is certainly making its name as the place to go for conversation and of course, as its Mission Statement proclaims ‘the perfect pint’.

It is the antithesis of the modern pub – no electronic games, no music, no all-day breakfasts – just a fine range of mainly cask ales, craft ciders, good wines and a few traditional pub snacks.

Sometimes the old way is the best.

Salt or sodium chloride has been used in food preservation and seasoning for thousands of years. It was prized by the ancient Hebrews, Greeks, Romans and Egyptians; and was an important commodity that led nations to go to war – it has been used to raise tax revenue and as part of religious ceremonies.

If the salt you buy costs just a few pence and comes in a plastic tower, then you are missing out on a culinary adventure. Committed foodies have several different types of salt in their larders, coarse sea-salt, pink Himalayan rock-salt, smoked salt, salt with herbs, the list goes on. I have to confess that I have been known to bring a kilo of salt back in my hand luggage when travelling abroad. So when I discovered that Gower salt was now being harvested again from our local shores, I needed to add it to my collection.

The Salthouse at Port Eynon was operational in about 1598 and ceased production in the mid 17th century. Today sisters Helen and Hannah Lowe collect the sea water from Port Eynon and transport it to their unit in Llanelli where it goes through many processes to ensure its purity.

The first thing you notice is the size of the crystals – they’re much larger than other sea salts that I have seen previously. Secondly it’s the flavour  – it has a savoury depth with a slight sweet note. Another difference is the way it doesn’t dissolve immediately on the tongue.

It surely deserves a place in your larder.

TheBAY HAS TEAMED UP WITH LOCAL CRAFT BEER PRODUCER BOSS BREWING TO BRING YOU A COMPETITION THAT WILL BRING A SMILE TO THE LIPS OF ALL REAL ALE LOVERS. 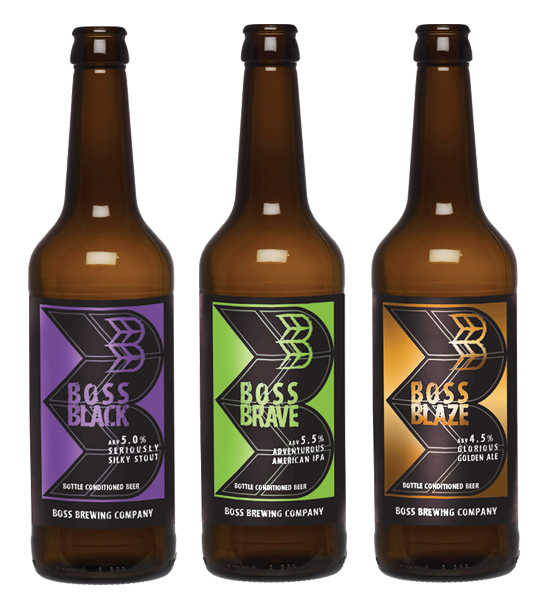 When Sarah and Roy, founders of Swansea’s newest micro-brewery launched the Boss Brewing Company, it was to produce craft beers – nothing pretentious, intimidating or perplexing just interesting, flavourful, distinctive ales.

Their core beers are Boss Blaze, Boss Bare, Boss Blonde, Boss Black and Boss Brave. Boss Black a 5% stout won a Gold Award at the SIBA Wales and West Keg Trophy 2015 earlier this year. This award winning stout has a rich, silky and complex character and packs a chocolatey, nutty, smoky hit. It’s not just the local beer drinkers who are fans. The spent malt and hops are taken by a local farmer who feeds them to his piggies – apparently the chocolate malt from the Boss Black stout is their favourite!

To be in with a chance of winning a mixed case of this wonderful craft beer, simply visit their website www.bossbrewing.co.uk and answer this question:

What food is suggested as a good match for Boss Black?

Send your answer, along with your name, address and daytime telephone number to Lesley@theswanseabay.co.uk putting Boss Brewing in the subject line. Editor’s decision is final. No cash alternative. For full competition rules please visit www.theswanseabay.co.uk