THE AGE OF DISCOVERY

A few years ago a fellow motor-noter gave me a piece of, what turned out to be, very useful advice:

“Never” he said “turn down an invitation – if you’re fortunate to get one – from Land Rover”.

I listened intently and took heed of his wisdom. 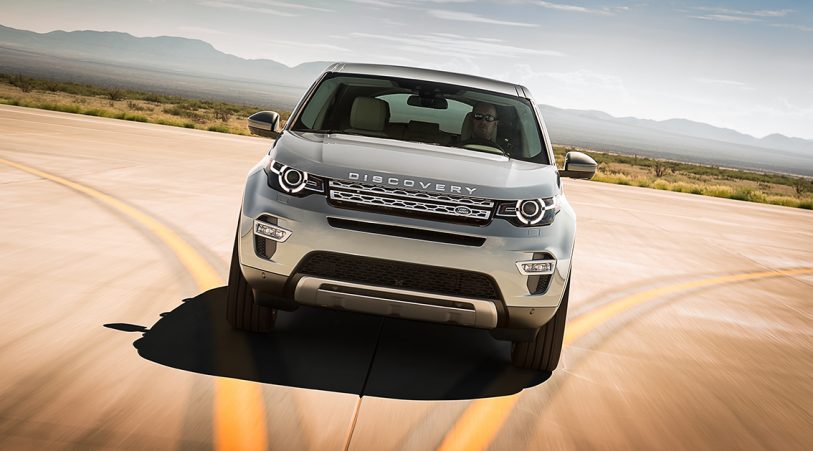 That was more moons ago now than I care to mention, but since then every time Land Rover have called I’ve duly and willingly turned-up. As a result I’ve driven their Evoque through railway tunnels I didn’t know existed beneath the city of Liverpool, I’ve piloted (please, pardon the pun) a Range Rover Sport through a 747 – no really I have, and I’ve taken my own land speed record up to 151mph.  That was on a private runway I hasten to add. If ever there was a brand for which the tag line “The world’s most versatile vehicle” is all-encompassing and ever-so appropriate, Land Rover surely is that brand.

A few weeks ago another Land Rover invitation appeared in my inbox, one I’ll readily admit I was hoping would arrive. “Would I” they asked, “like to attend the UK launch of the all-new Discovery Sport?”

The UK launch? OK, I’ll admit, it wasn’t quite as glamorous as I was anticipating; the world’s press got to go and try it on a frozen Icelandic tundra. My invitation on the other hand was to join the Land Rover PR team in… Gaydon, Oxfordshire. Nevertheless, I still got my coat.

The all new Discovery Sport is Land Rover’s replacement for the ever-faithful and much-loved Freelander. It’s also the second car (in what’s currently a range of two) that sees the Discovery name expand to become a brand in its own right; Discovery now sits squarely between the altogether more utilitarian Land Rover/Defender, (itself due for replacement next year) and the increasingly luxurious Range Rover which now encompasses the Evoque, Range Rover and Range Rover Sport trilogy.

Designed by Gerry McGovern, the Discovery Sport is set to take on the likes of Audi’s Q5, BMW’s X3 and Volvo’s XC60 not to mention Porsche’s Macan. However, while that illustrious bunch can only seat 5, the Discovery Sport’s trump-card – if you don’t also include a Euro NCAP 5 star rating, class leading axle articulation, a wading depth of 600mm (that’s incidentally 100mm more than a Defender) an under-bonnet pedestrian airbag, a 5 setting Terrain Response system and Land Rover’s legendary off-road ability – is it’s ability to seat seven.

Versatility and capability were the words Land Rover’s senior personnel kept using when referring to their latest edition in the pre-drive briefing, it’s not hard not to see why. Based on very similar underpinnings to the Evoque, but with specifically developed hollow-cast multi-link rear suspension that frees up boot space and therefore enables a third row of “Grandstand Seating”, the Discovery Sport offers it’s core customer base, i.e. families, exactly that. 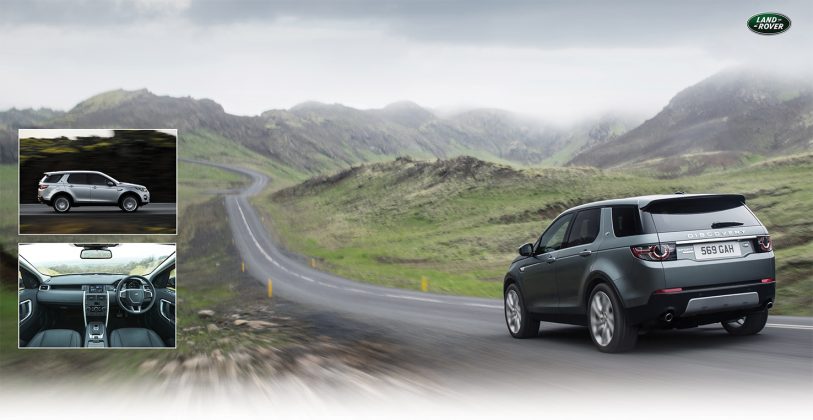 It’s probably fair to say that the smaller seats mounted furthest aft are more suited to children – even Land Rover themselves say the Sport is a 5+2  – but I’d be more than happy to fill one on a shorter journey, say perhaps for a ride across town.

Alternatively, with all but just the front seats folded, which you’ll be glad to hear is an easy thing to do as the middle row folds electronically; the Discovery Sport offers a whopping 1700 litres of load space. Configured as a 5 seater it offers the same rear leg room as a full-sized (and significantly more expensive) Range Rover. How much more versatile and/or capable can you get?

None of that cuts the mustard though if your all-new SUV handles like an old one did. Thankfully the Discovery Sport doesn’t. In fact, it impresses. Yes the ride can be a bit choppy at times, and the auto-box can get a bit flustered when working out which of its 9 ratios is best – there is a six speed manual option available for those who insist they know better – but for a 1863kg SUV the Discovery Sport proves both rather engaging if you’re in a hurry and rather relaxing if you’re not. A brace of up to 7 USB ports also means that those not involved behind the wheel should also remain fully charged and entertained.

After a morning’s driving around the Cotswolds and an afternoon spent on Land Rover’s specially designed, and somewhat punishing off-road facility, it quickly became clear that there was simply no need for Land Rover to resort to any PR gimmicks in order to impress any of the assembled motoring scribes gathered at Gaydon for the day. With 3400 orders for Discovery Sports already received before most customers have even driven one, the Discovery Sport’s vast range of abilities, not to mention its appeal to the Land Rover faithful, quite clearly speak for themselves.

Many thanks to everyone at Land Rover’s UK press office 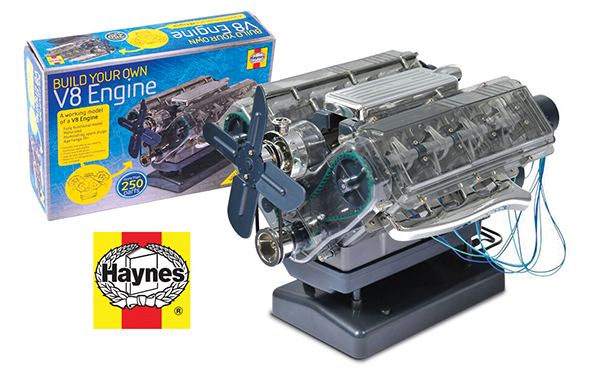 WIN a ‘Build Your Own Model V8 Combustion Engine’

a kit to build your own V8 Model Combustion Engine worth £49.99.

Each kit comes complete with everything you need to build a fully functioning motorised model and is an excellent way to learn how a V8 engine really works.

It features sound recorded from a real V8 and has illuminating spark plugs. The kit contains more than 250 parts and all that you need to assemble the model. It comes with a Haynes style manual giving you clear step by step instructions as well as interesting information about real V8 engines. The model requires 3 x AA/LR6 batteries and vegetable oil (not included).

We have 2 of these amazing kits to give away, and for your chance to WIN simply send your name, address and daytime telephone number to: email: V8 Competition to Lesley@theswanseabay.co.uk or mail to: V8 Competition, 1 Cae Banc, Sketty, Swansea SA2 9DN. No cash alternative. Editor’s decision is final. No correspondence will be entered into.