ROSIE IS AN OSTEOPATH WITH SWANSEA BODY KINETICS AT THE NATURAL HEALTH SERVICE IN PAGE STREET, SWANSEA. THIS MONTH ROSIE OFFERS ADVICE TO WOMEN IN PREGNANCY 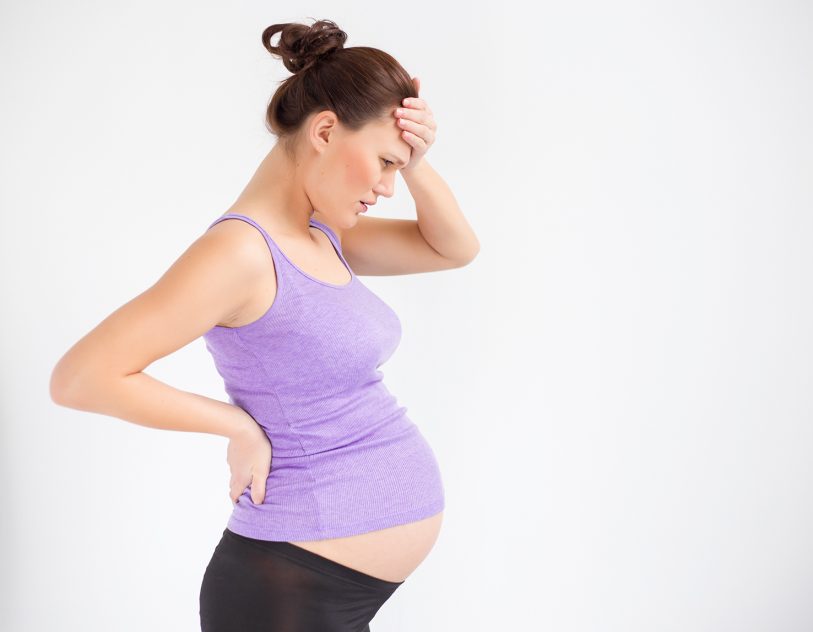 Throughout pregnancy a women’s body undergoes a remarkable amount of change both hormonally and physically. Most women are well informed about hormonal changes and are excited to see their baby bump develop. However, many mums do not realise that the whole musculoskeletal system gets involved in order to allow expansion and growth for the new baby. With this incredible amount of adaptation often come some new aches and pains.

Problems commonly experienced by expectant mothers are: heartburn, gastrointestinal complaints, carpal tunnel syndrome, mid back pain, pelvic girdle pain, pubic symphysis dysfunction, and low back pain1. Low back pain is the most common of these and is estimated to affect between 50 and 82% of pregnant women2,3. All the above problems can be uncomfortable and as women often want to remain as drug-free as possible throughout their pregnancy, it is not uncommon for them to be treated by an osteopath.

So what actually happens?

Initially, throughout the course of the first trimester the pelvis tips backwards to allow the uterus to begin expanding, but by the time you reach the end of the third trimester it is tipping forwards. Each time the pelvis changes position the rest of the body has to adapt and this can be seen through changes of the spinal curvature and throughout the rest of the body. At the same time, various hormones are having their own effect on the quality of the tissue, for example relaxin (released around week 10-12 and throughout) allows ligaments to soften, which means the pelvis can widen in preparation for birth. Of course the expansion of the uterus itself means other organs have to move out of the way, which brings about a further reshuffling of the body.

All this can be hard to visualise and the diagram demonstrates some of the adaptations showing by the time a woman reaches the third trimester: 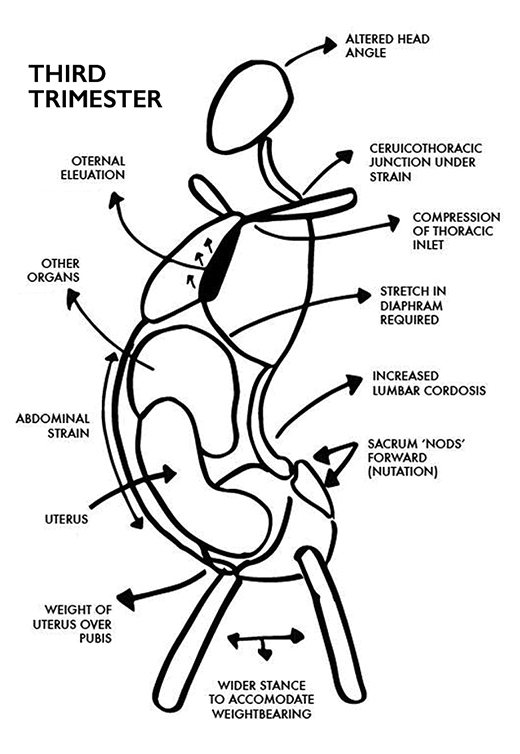 How can osteopathy help?

Osteopathy certainly has a role to play throughout pregnancy with one study demonstrating improved labour and delivery, and another demonstrating that osteopathy helps lower back to function well throughout1. As an osteopath I often see expectant mothers and assess the postural and other physical changes they experience from week to week. Such changes have different outcomes for different people and can result in too much movement in some joints, not enough in others and the overuse of some muscles. Effective osteopathy can be used to relieve many of these problems and may even have an effect on reflux and gastrointestinal symptoms.

As well as osteopathic treatment I often advise pregnant women to keep active as much as possible, this is great for re-lieving fatigue and can help you to keep strong ready for labour. I am a huge fan of pregnancy yoga, which not only keeps the body supple and moving but also has a relaxation element helping women to feel confident and calm leading up to birth.

For further information or to book an appointment call Rosie on 07540 453280 or visit www.swanseabodykinetics.co.uk