ROSIE IS AN OSTEOPATH WITH SWANSEA BODY KINETICS AT THE NATURAL HEALTH SERVICE IN PAGE STREET, SWANSEA. THIS MONTH ROSIE OFFERS ADVICE ON THOSE SUFFERING FROM WHIPLASH 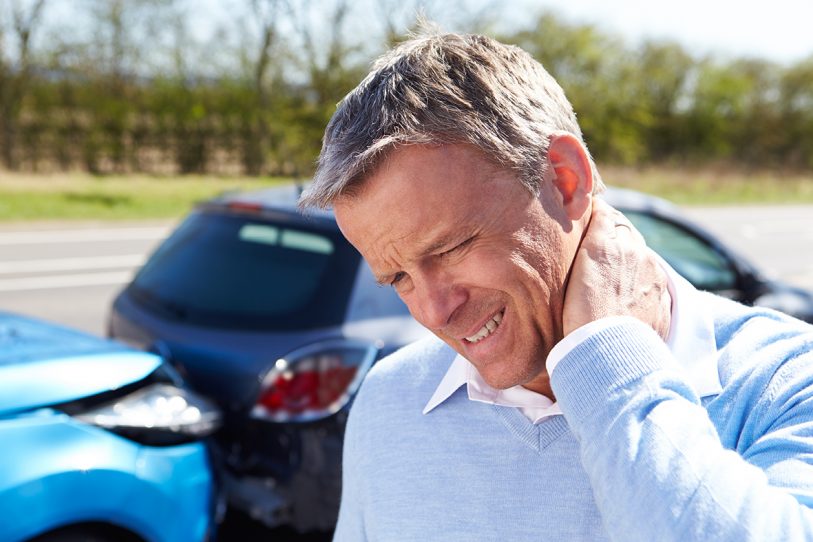 Whiplash injuries are estimated to affect 250,000 people each year in the UK and make up as many as 57% of admissions to some Accident and Emergency Departments1. So if you are unfortunate enough to experience a whiplash injury you are certainly not alone, whiplash is in fact so common that one study claims it should be described as a modern epidemic2. But what exactly is whiplash and how can osteopathy help?

Many people understand whiplash to constitute injury to the neck after a road traffic collision, especially as the result of a car going into the back of your car. However, ‘whiplash’ is not actually considered to be a diagnosis and instead refers only to the sudden acceleration and deceleration movement of the neck. The subsequent pain, restriction and problems that result from this are referred to as Whiplash Associated Disorder or WAD.

Although this commonly happens during road traffic collisions it can also happen in other situations throughout life, such as falling off a horse or a hard impact during a game of rugby.

So what actually happens?

During a whiplash injury there is an abrupt acceleration and deceleration of the neck, this means that the neck rapidly moves backwards and forwards. As the body goes through this movement it can lead to over stretching and tearing of the muscles and ligaments supporting the vertebrae3. Such injuries can lead to a significant loss of stability between the joints in the neck. This instability leads to compensation from the surround-ing muscles which become over tense and tight in order to attempt to control the movement of the joints4. Furthermore other areas of the body will likely be called upon to change the way they function to cope with the injury. As you can see WAD can thus have more far reaching impacts than a simple ‘achy’ neck.

Due to the broad range of issues that can stem from WAD it is common for people to be forced to take time away from work to recover.  Dealing effectively with WAD calls for an integrated approach5. This could include methods such as postural education, corrective movement, manual therapy (osteopathy!) and psychological support.

In my practice I find patients who have undergone some form of whiplash suffer with a wide variety of complaints and problems. The most common complaints I deal with are from patients experiencing pain as the result of severe spasms in the muscles injured during the incident.

Many treatment modalities can be useful but I have found soft tissue massage used in conjunction with man-ipulation and mobilisation to be extremely effective in dealing with WAD injuries. In addition I can provide you with advice on exercises you can perform at home to retrain your posture to help correct the compensations mentioned earlier in the article. This approach aims to not only relieve the discomfort associated with your injuries but to reduce the likelihood of you suffering any recurring problems further down the road.

For further information or to book an appointment call Rosie on 07540 453280 or visit www.swanseabodykinetics.co.uk