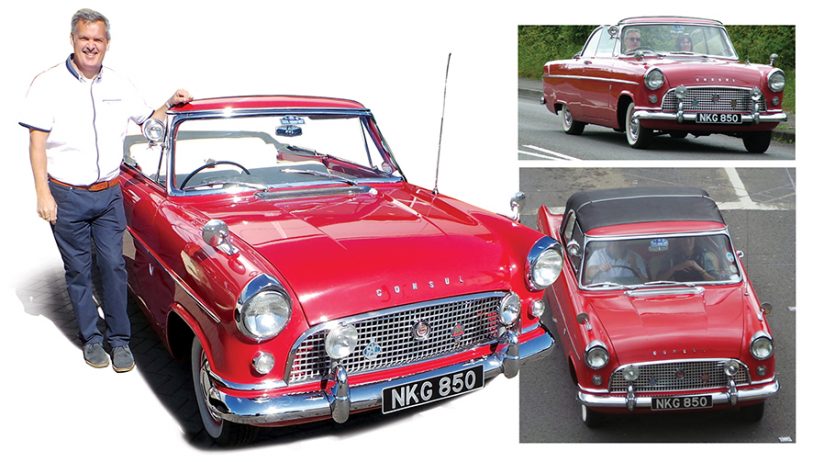 Dennis Rees of Swansea is a keen classic car enthusiast who owns two very nice old British made cars. One is an Austin saloon and the one on show here is a Ford. Dennis’ Ford Consul Convertible carries a Cardiff registration but was bought from a man in Bristol.

The car has quite a history having been in used in music videos by artists such as Elton John, The Moody Blues and The Blow Monkeys. The car was also used at the opening of the first Do It All store in the UK.

A previous owner of the car was the founder of the Ford Consul, Zephyr, Zodiac National Club who would take the car to all the local meetings.

Dennis has done extensive mechanical work to the car to get it running as it should. Parts for this model can be very hard to find.

Dennis and his wife Carolyn take the car on many runs and to shows; on sunny days they can appreciate the experience of open top motoring in a very fine old classic. The car has won awards at some shows and Dennis and Carolyn hope to take the car over to France.