La Cite de Carcassone is every child’s image of a fairytale castle, with its turrets topped with conical roofs and stone ramparts. It’s not surprising that it is the second most visited tourist spot in France, after the Eiffel Tower. 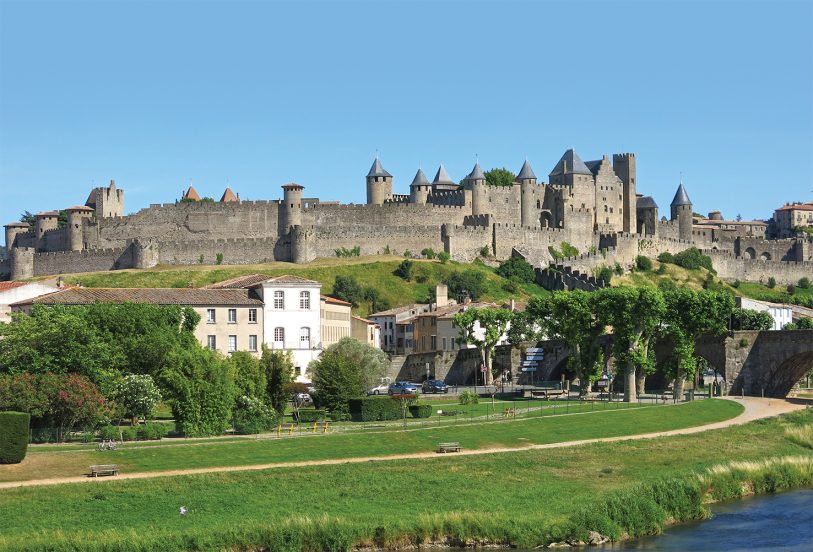 I had first heard about Carcassone when reading Labyrinth, the first book in the Languedoc trilogy by English author, Kate Mosse (best selling novelist not super model). The story jumps between present day and medieval France – later a mini series of the book was filmed in the city. I was intrigued by the story and had longed to see the castle for myself.

This ancient citadel stands high above the river Aude and has uninterrupted views to the snow capped mountains of the Pyrenees. Carcassonne is located in the Aude plain between the Atlantic and the Mediterranean sea. The Romans recognised its strategic importance and occupied the hilltop until the demise of the Western Roman Empire. Later, in the 5th Century it was taken over by the Visigoths who founded the city, but the fortress was built up by the many successive rulers. In the 19th Century it was restored by the theorist and architect Eugene Viollet-le-Duc, and in 1997 it became a UNESCO World Heritage Site.

It’s not until I walked through the Porte Narbonnaise, one of the four entry gates and crossed the drawbridge that the sheer scale of the fortress was apparent. There are 52 towers, a church, castle and a small town that all lie within the 3 km of defence walls, surrounded by a moat.

As I looked around it was easy to imagine the scene of soldiers positioned along the ramparts defending La Cite during battle, and the merchants, monks, and troubadours who had passed on foot or by cart through the same entrance. 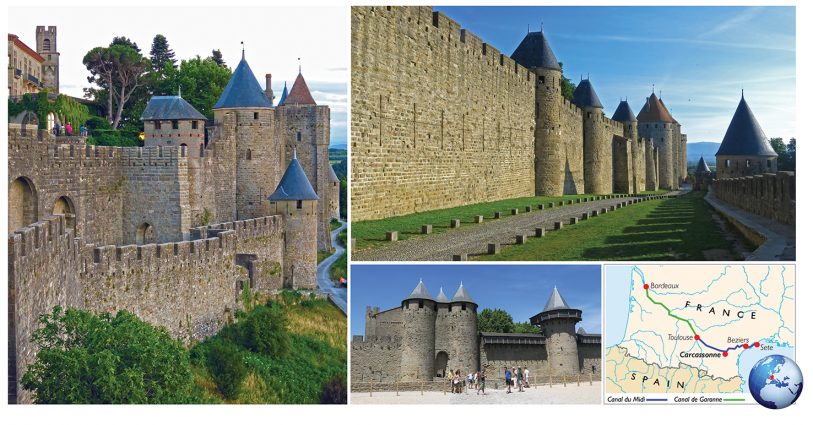 With its narrow, cobbled passageways, courtyards with restaurants and cafes, half-timbered houses, this historical town is still home to many people. Within the walls there are shops that sell everything a self-respecting damsel or knight might need; flowing dresses, bows and arrows, swords and shields, and armies of toy soldiers ready to do battle in their wooden forts. The air is scented with lavender from Provence in soaps and lotions, and the smell of rosemary, thyme and oregano from the

small cloth sacks filled with herbes de Provence for those wanting to replicate the local cuisine on their return home.

I was drawn to the sweet shops with their windows filled with bright orange, lime green, candy pink and snowy white nougat, stacked in triangular chunks, to resemble the Pyrenees, and sprinkled with nuts, it tasted sickly sweet and ever so chewy, but worth the effort and the danger to dental work.

I wasn’t alone as I photographed the last rays of sunlight behind the ramparts of the Aude Gate – backdrop to many films including Robin Hood Prince of Thieves. The click of camera shutters echoed along the walls of the Cite. As night fell, swallows appeared overhead, swooping and diving. I made my way back to the Narbonnaise Gate, and came across a group of people, holding burning torches in readiness for a tour through the dark streets.

I was captivated by the site of La Cite illuminated at night, as if out of the pages of a fairy tale – it was a perfect ending to my visit to Carcassonne. 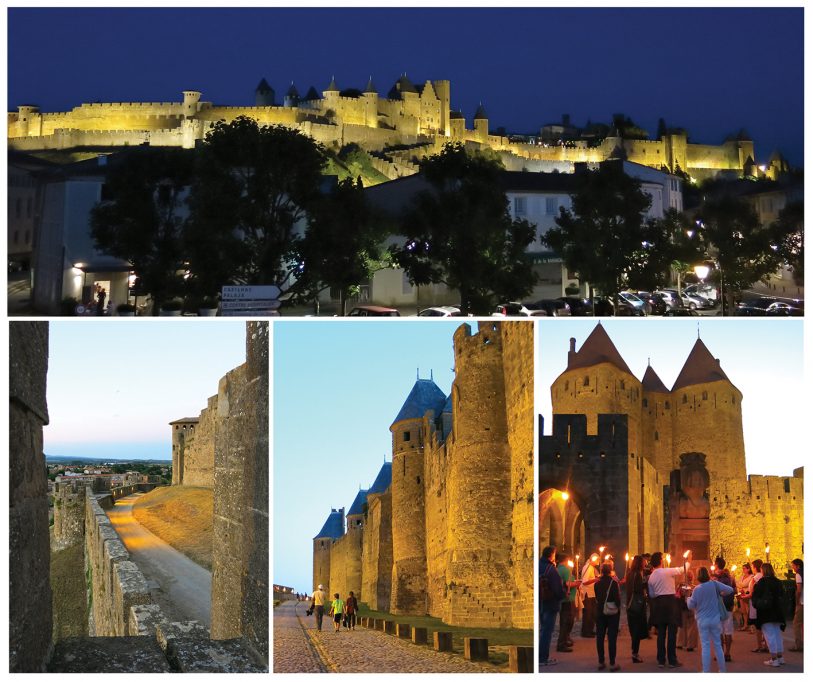 Liz stayed in Maison Trivalle, and had a charming room overlooking the garden beneath the fortress (pic above). Madame Genevieve Daraud was an excellent hostess. www.bedandbreakfast.com Phone: +33 6 60 44 92 95