ASHLEY’S CLASSIC MOTOR OF THE MONTH IS THE LAGONDA CONTINENTAL OWNED BY TED BEAUMONT OF GOWERTON. 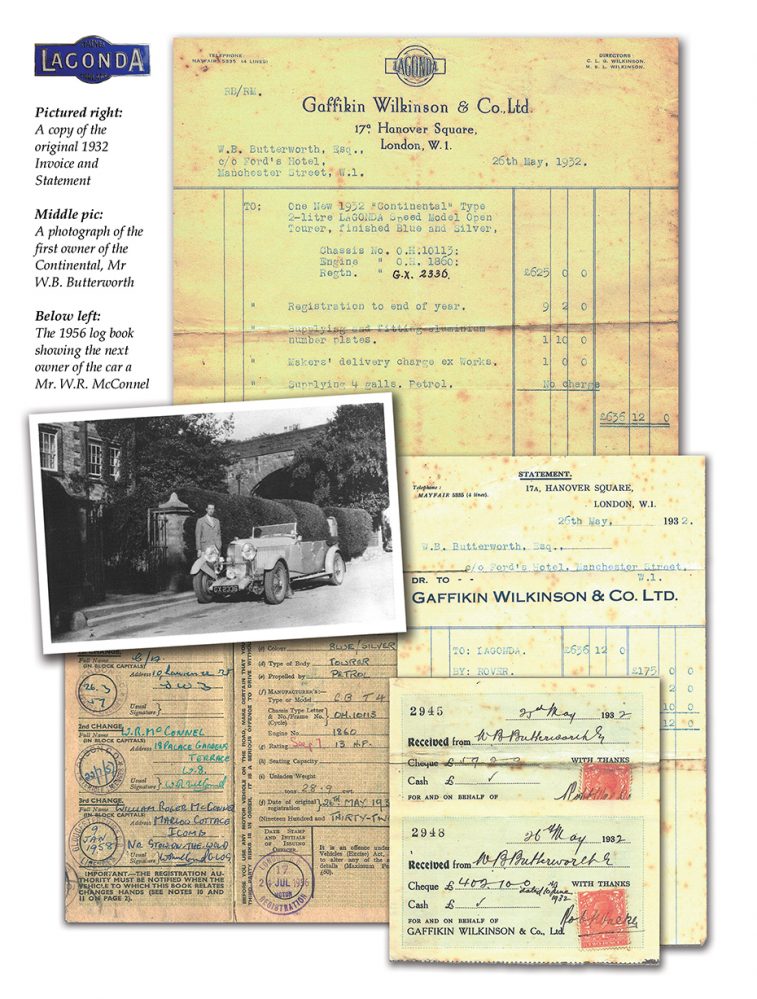 Lagonda was founded in Staines, Surrey by a Scottish-American Wilbur Gunn. In 1898 Gunn began making small steam boat engines and petrol motor cycles. In 1904 he progressed to tri-cars and then in 1909 the four-wheel 14/16 car. The company evolved through 2, 3 and 3.5 litre cars to the 4.5 litre six-cylinder Meadows and Lagonda engined cars of the 1930s and made the 1100cc Rapier from 1934.

The Continental is the last of the 2 litre cars made by Lagonda from 1924 to 1932, the first being the 14/60.  In 1927 the speed model form changed from high to low chassis style and these cars were made in tourer and saloon form, with part timber and fabric bodies and cycle type or full wings. The engine of 1954cc is a twin low camshaft, hemispherical chamber design and was fitted with single or twin carburettors. In 1930 a supercharged version was available. The Continental has a steel body on timber frame, a single SU carburettor, thermostat operated radiator slats, self-cleaning oil filter, centralised chassis lubricating points, 4 speed and reverse crash gearbox and P100 Lucas lamps. 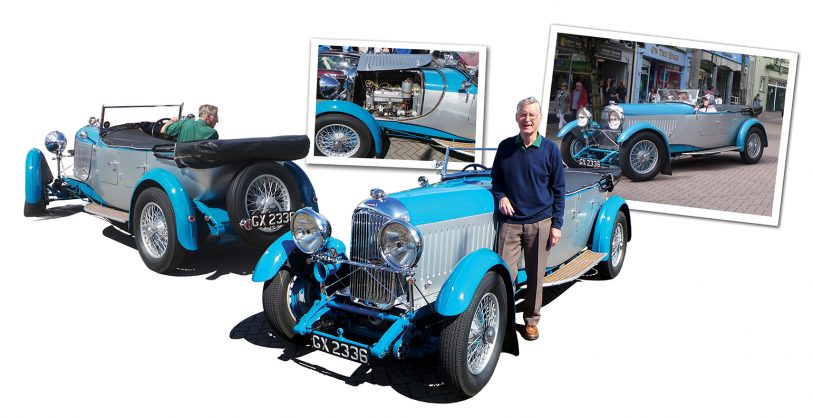 Ted has the original bill of sale and photographs of the first owner, William Butterworth with the car Mr Butterworth was a London bank manager who passed the car showroom in Hanover Square, every day on his way to work. He succumbed to temptation and used his Rover 12 in part-exchange for this new car. As this was a time of great depression there were many new cars for sale at reduced prices. The car was sold in London in 1936/37 but nothing is known until William McConnel bought it in 1956. In 1985 he sold it to Stan Bingham who was the membership secretary of the Swansea Historic Vehicle Register. Stan made contact with the original owner William Butterworth who by then lived in Devon, and this is how the original documentation became available. Ted purchased the car from Stan in 2001.

Ted has undertaken a full body-off renovation of the chassis, wheels, steering, brakes plus a complete rebuild of the engine and gearbox and rewiring has been carried out over a five year period. Ted is an active member of the Swansea Historic Vehicle Register and Vintage Sports Car Club. He has supported the Swansea Festival of Transport for many years.

Approximately 25 Continentals were made in 1932 of which 18 are still in existence.