Welcome to this month’s Bird Watch. I’m one of two volunteer Ambassadors for the British Trust for Ornithology’s (BTO) Garden BirdWatch scheme in South Wales. Each month I introduce you to a bird or other animal that you might see in your garden. 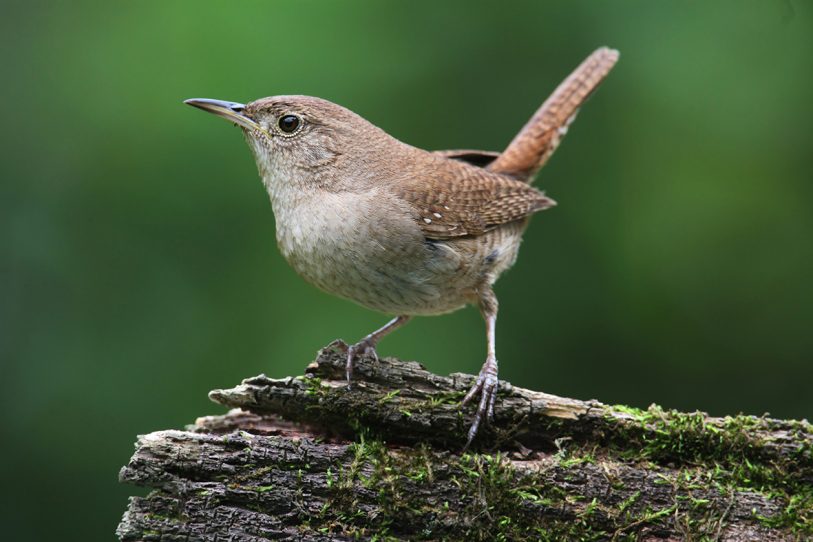 Bird of the month for Winter:

The wren is a tiny, round-bodied bird. It has red-brown plumage above with darker bars, and is a buff colour below; both sexes are alike. A distinguishing feature is its short, often cocked, tail although you are more likely to hear a wren before you see it! For such a small bird the wren has a very loud and powerful song, which can be heard in all months as most males are territorial all year round. The wren prefers to feed and nest in dense undergrowth, such as ivy, only coming out in the coldest weather to take small scraps of food from beneath bird tables. Despite being one of our most widespread birds (up to eight million pairs in the summer) numbers can decline drastically following particularly cold winters, although a succession of milder winters helps numbers to recover.

Did you know? 61 wrens have been recorded roosting in a single nest box! They pile themselves up in layers during cold weather, with each bird facing inwards. This is purely a necessary, lifesaving measure given that these birds are usually solitary.

A wren once adorned our smallest coin, the farthing,

prior to decimalisation; it now appears on the

The wren has the shortest wing of any British bird.

The Welsh name is Drwy.

How to attract them to your garden: The wren is most likely to be attracted to your garden by the insects (particularly beetles) and spiders it holds, rather than by the food you put out (although occasionally it will take seeds and mild grated cheese from the ground).

Conservation status: Green, although there has been a general decline.

Garden BirdWatch data shows that, despite being such a widespread species, the wren has a relatively low reporting rate in gardens. For every ten weeks we record the birds in our garden, if we’re lucky we’ll see a wren in only one of them!

Make Your Garden Count! Thinking about Christmas and stuck for ideas? A Garden BirdWatch membership gift pack (£19.95) makes an ideal present for anyone who enjoys watching the birds in their garden. For more information, visit the website or give me a call. Please also get in touch if you’d like to book a talk (Swansea and surrounding areas).