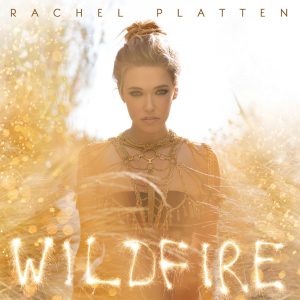 Rachel Platten burst onto the scene early in 2015 and when she did, it was time for a change as the power girl ballad was reborn. And this (her second album) will not fail to be one of the definitive pop albums of 2016. There’s oodles of pledges of love in the stand out track ‘Stand by You’ which could have been recorded in any of the past three decades and would have been a hit whatever.

The other stand out song is ‘Angels of Chelsea’ – nothing to do with the football club and just the story of one lady sat watching the comings and goings of the good people of the Chelsea district of Boston USA. Think Suzanne Vegas ‘Tom’s diner’ with knobs on and your almost there. Then we have a dabble in R and B with ‘Congratulations’ but the real stand out of the album is ‘Superman’ a gorgeous ballad which will show this girls vocal talents off like nothing on Earth.

There has to be one of these tracks  ready to tug on the heart strings on Valentines morning.